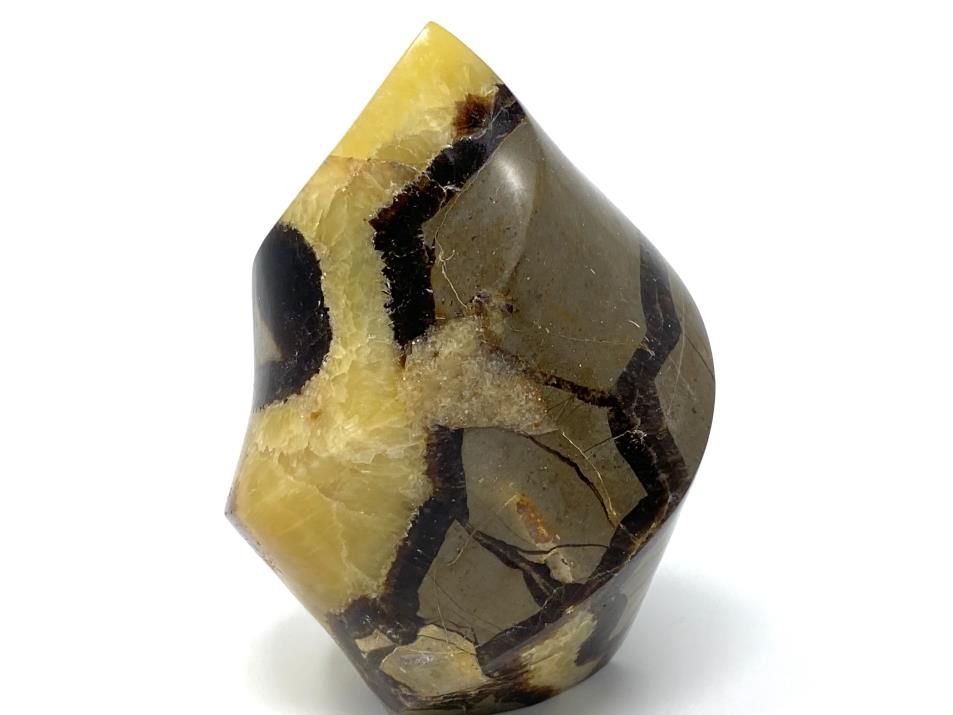 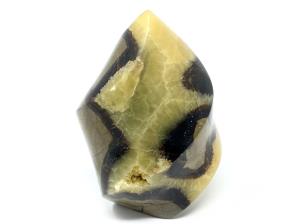 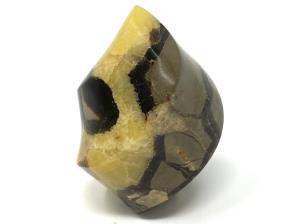 This stunning, large 11.5cm tall stone has been cut by artisans into a sleek Yellow Septarian Flame Shape and carefully hand-polished to enhance the rich, earthy grey-brown and yellow tones present in it.