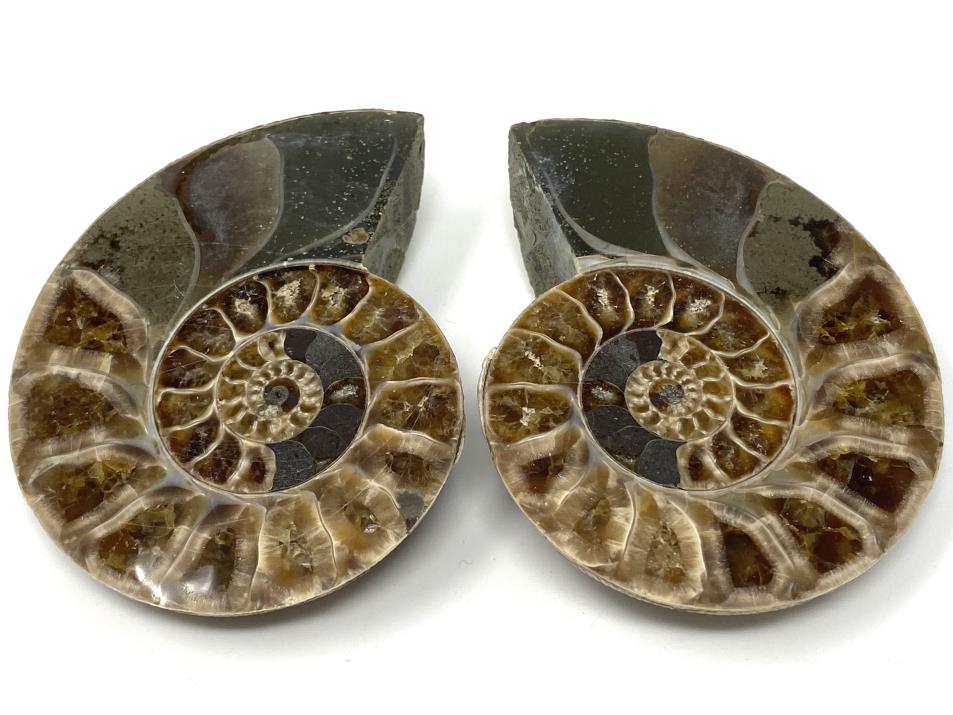 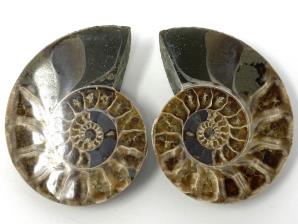 Dating from the Cretaceous Period at a majestic 120 million years old, this stunning Madagascan Ammonite Pair is an exciting piece of history.

This fossil consists of an Ammonite cut and polished to create a striking pair. Both of the pieces display highly polished surfaces and a rough outer shell which displays some iridescent rainbow flashes. The fossil pattern reveals gorgeous, colourful internal calcite chambers.