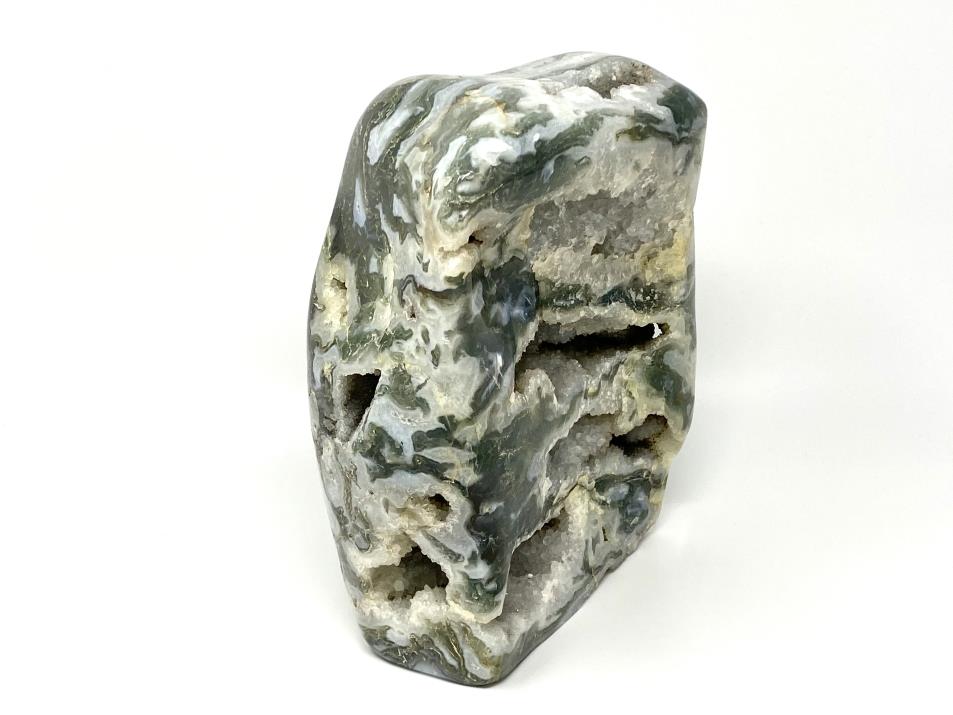 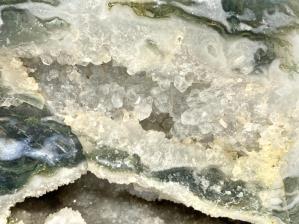 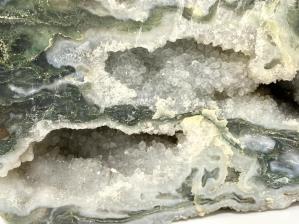 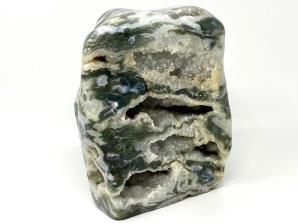 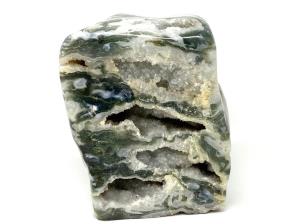 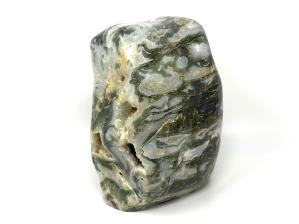 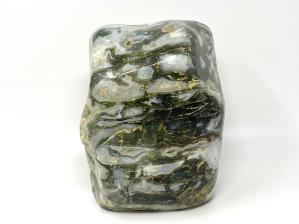 This stunning, large 24cm tall Druzy Moss Agate Freeform is carved from a gemstone that exudes the feel of nature due to its distinctive patterns resembling moss growth.

Much of the crystal surface is exposed to show a druzy coating of gorgeous sparkling crystals, while the rest of the surface demonstrates a sleek, smooth polish.