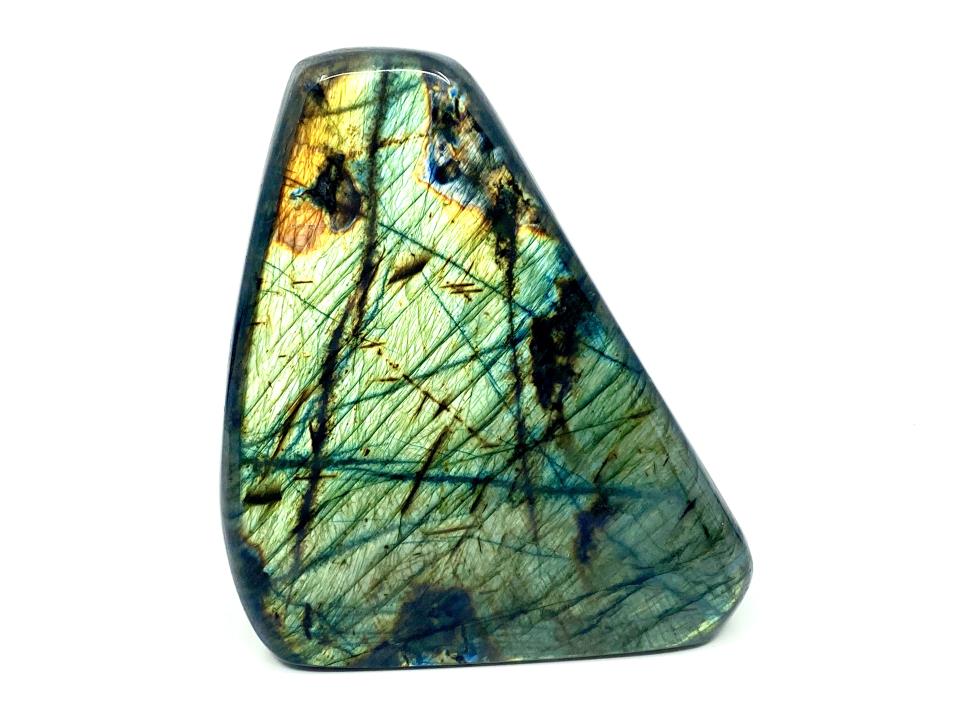 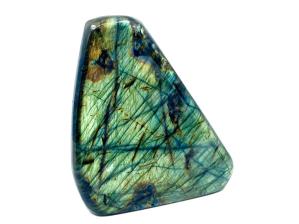 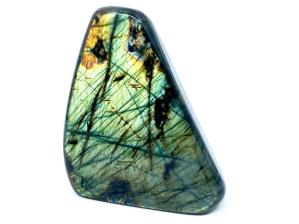 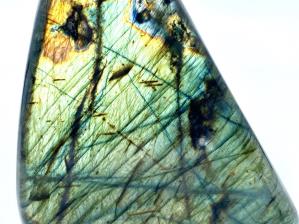 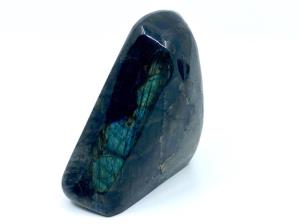 Labradorite Freeform Shape, crystal for sale from Madagascar. This magnificently large 12.6cm tall Labradorite Freeform displays iridescent gold and blue colours shining from within the stone. Labradorite features a distinctive effect called labradorescence (also known as the Schiller Effect), which is the stone's famous property. When exposed to light, the gem shimmers and shines in a glorious array of colours.