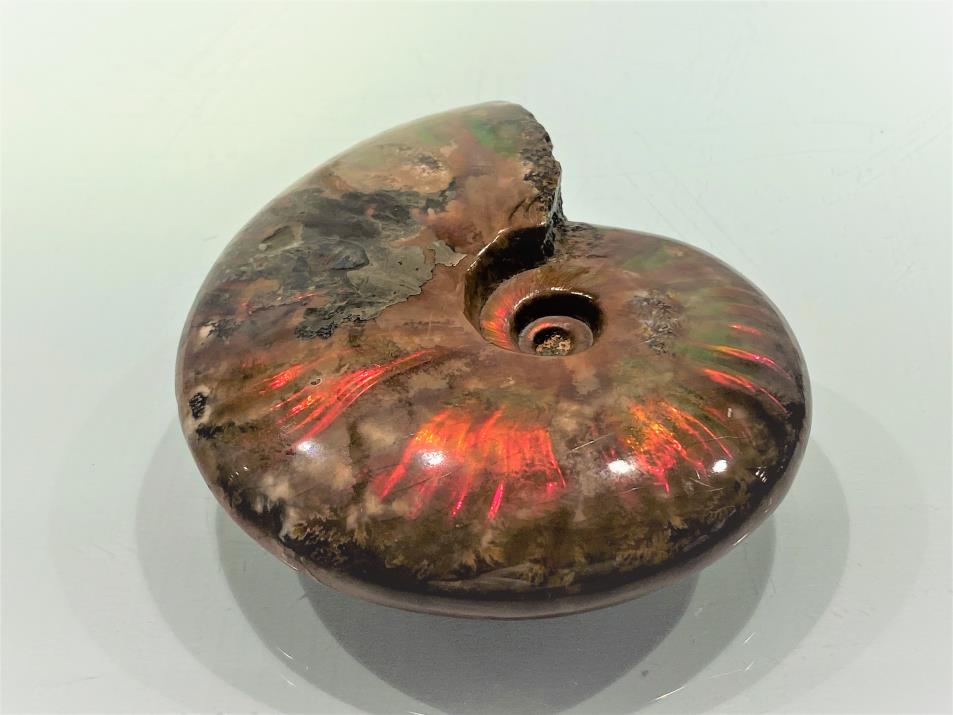 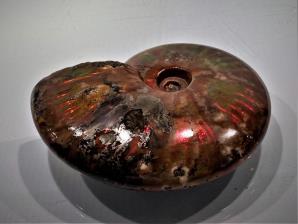 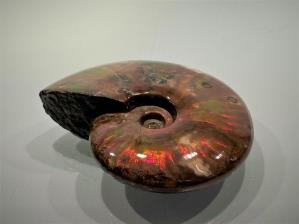 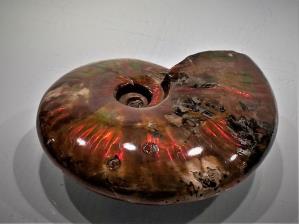 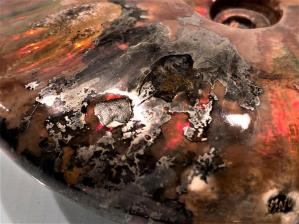 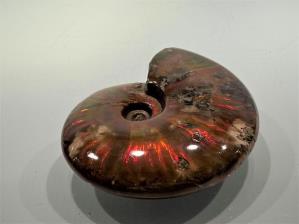 Cleoniceras Red Iridescent Ammonite, fossil for sale from Madagascar. This majestically large ammonite, measuring 10.1cm wide at its widest point, is very well preserved and exhibits a dazzling red iridescent colour. This distinctive colour and lustre was produced over time when the shell of the fossil was replaced with Aragonite, creating an opal-like effect. Due to its fiery hues, these red iridescent ammonites are often referred to as fire ammonites, although they are also sometimes called opalescent ammonites in reference to their opal-like appearance.