Druzy Moss Agate Freeform on stand, crystal for sale from India, This wonderful druzy moss agate Freeform is 26cm tall in it's high quality bespoke polished stainless steel stand. The Druzy Moss is a gemstone that makes you think of trees, shrubs, plants and nature in general due to the mineral inclusions. Also known as the tree agate, it is believed to be a dendritic agate predominantly. Geologists beg to differ, however and term it as a Chalcedony. The name has remained in vogue since long though with both moss and tree being added to make you understand its connection with vegetation. It is known to have curative powers especially the ones sourced from India. This distinctive stone can grace your home in the form of pebbles and freeform shapes. However, you would certainly be able to make the most of it by buying it as a polished sphere or in the shape of a heart, freeform or an Egg. 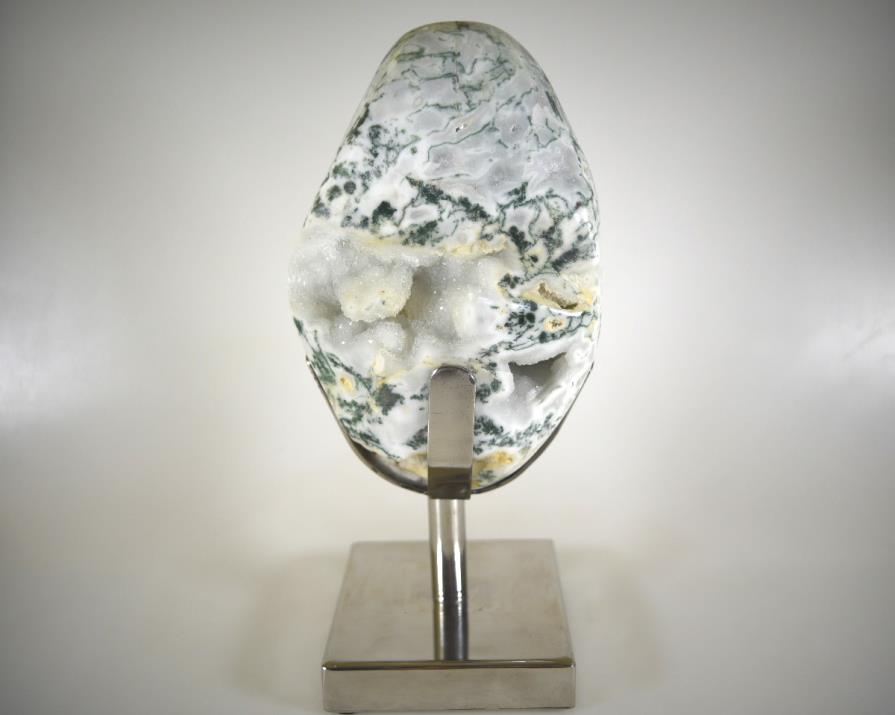 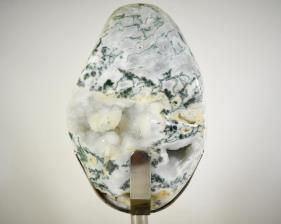 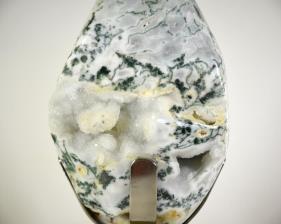 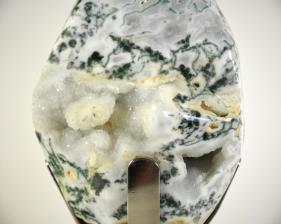 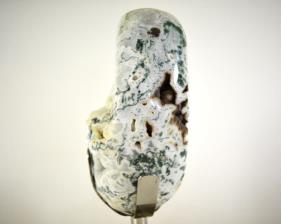 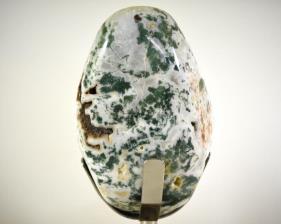 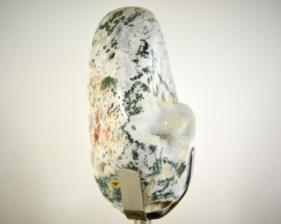