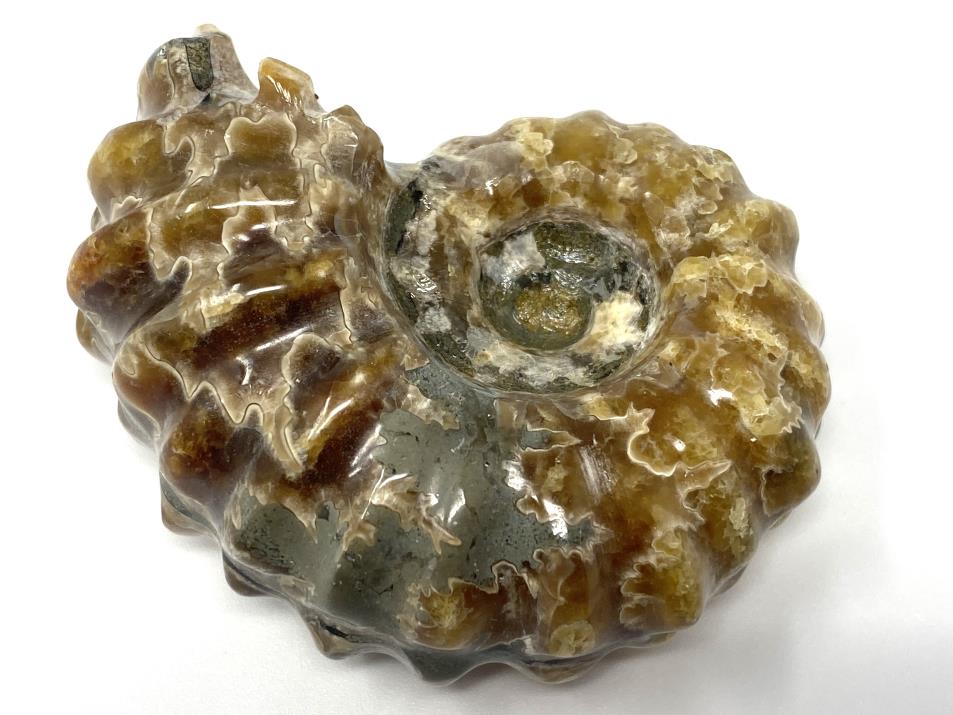 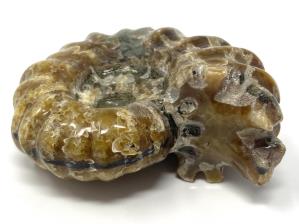 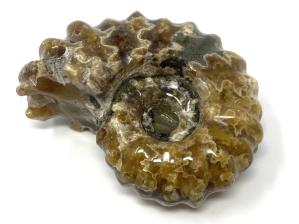 This particular Ammonite, of the Douvilleiceras species, measures 6.2cm wide and has been carefully polished on top of its fossilised shell, which displays gorgeous chocolate brown, caramel-coloured, and cream suture patterns.

This Douvilleiceras Ammonite displays a glistening ribbed shell which is wonderfully tactile to hold, and a stunning exposed mouth which has been prepared by hand along its suture lines.

Douvilleiceras is a species of Ammonite (an extinct marine mollusc) that can often be distinguished from other ammonites by its ribbed, highly textured shell.

This particular ammonite is a member of the Douvilleiceras species of ammonites.