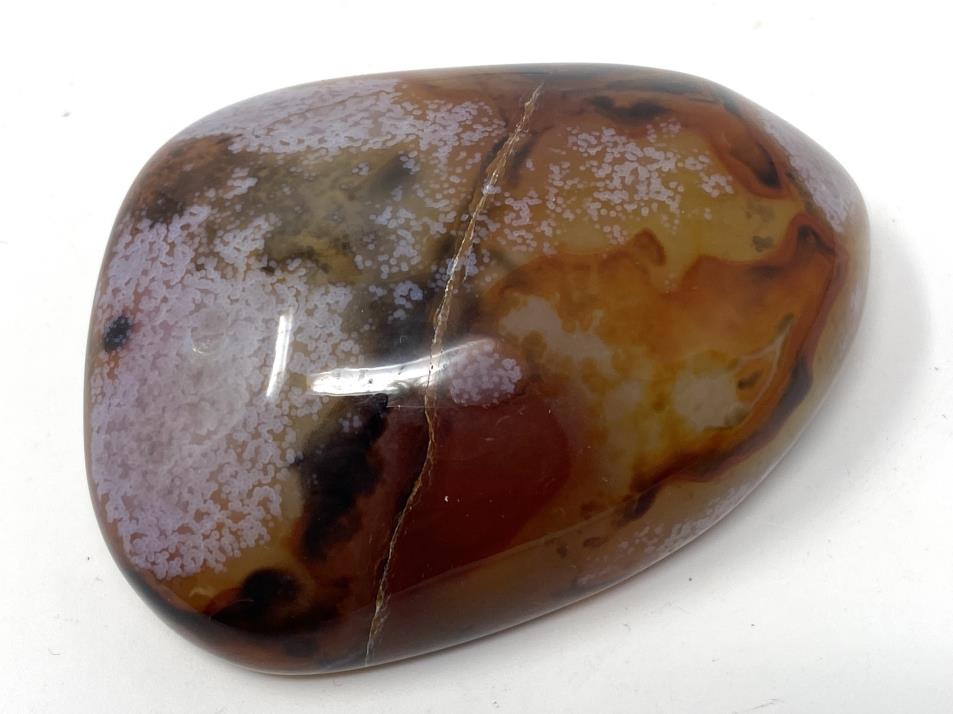 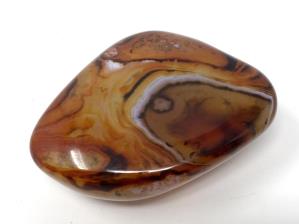 This gorgeous Banded Agate Pebble measures 6.7cm long and displays stunning bands of black and orange, with patterns similar to Sardonyx and Carnelian.