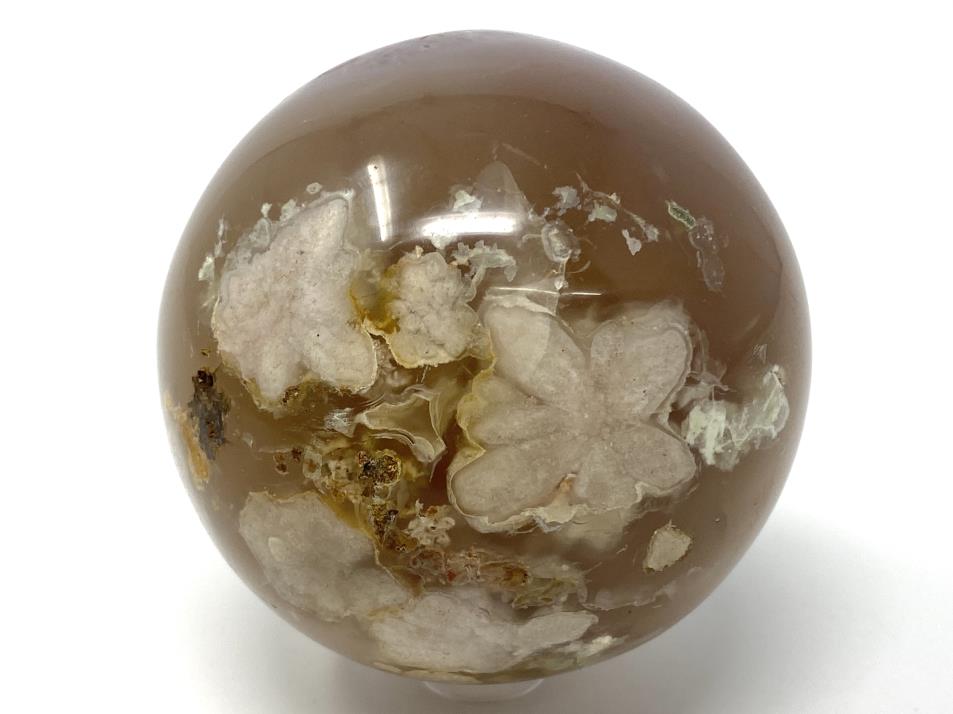 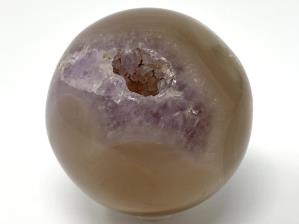 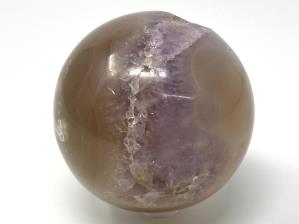 This beautiful Druzy Flower Agate Sphere measures 6.9cm in diameter and is particularly alluring due to its subtle mix of chic colours and patterns.

Displaying a stunning base adorned with pink, beige, and cream flower-like inclusions, this gem is truly mesmerising.

The crystal is marked by a distinctive pattern that resembles flowers from the Cherry Blossom tree, hence why this stone is called Cherry Blossom Agate or Flower Agate.

What Type Of Crystal Is Cherry Blossom Agate?

Moss Agate is another popular form of Agate, and makes a great companion piece to Flower Agate due to its similar connection to nature.

Flower Agate is distinct from other types of Agate by its unique floral patterns, which swirl inside the stone like glitters inside a snow globe.

This pink gemstone is a plume agate which features elaborate white inclusions that give the stone its outstanding aesthetics.

Cherry Blossom Agate features 3 dimensional plumes, as opposed to other plume agates that only have 2D ones.

These plumes intersect to form the patterns unique to this stone, creating the illusion of seeds and petals.

Where Do You Find Cherry Blossom Agate?

Cherry Blossom Agate is a relatively new discovery, and is only found in Madagascar.

The flower-like patterns of this stone are deeply symbolic of growth, thus Cherry Blossom Agate is said to metaphysically enhance personal growth and achievement.

Like a seed that grows into a plant that bears flowers, Flower Agate helps people to bloom and fulfil their potentials.

Flower Agate And Following Our Dreams

This gem is the stone of dreamers: it is believed to nurture dreams and help manifest them, for it encourages people to live life the way they want, to the fullest.

The stone is thought to erase all traces of fear and self-doubt which often keep us from reaching our maximum.

Like a shield, it guards us from our own selves that hold us back and give us the required spurt we need to grow.

Flower Agate is associated with the Root Chakra and the Heart Chakra.

When used with the Root Chakra, this stone keeps people grounded and reminds them of their roots, helping them to remain aware of their purpose and desire to keep growing.

When used with the Heart Chakra, this stone provides compassion and love, helping its user develop the self-esteem needed for their self-growth journey.

Who Should Use Flower Agate?

If you are a person who is goal driven and has high hopes for life, then a piece of Cherry Blossom Agate will keep you striving after them constantly.

This makes it a great stone for budding entrepreneurs to have on their person when launching one’s business career.

How To Use Cherry Blossom Agate

How Hard Is Cherry Blossom Agate?

Cut from high grade Agate, this tactile item is ideal for the collector, healer, or as a stunning piece of home decor.

This piece of Flower Agate has been carefully carved and polished by artisans to enhance the kaleidoscope of soft pink, cream, and beige colours upon its surface.