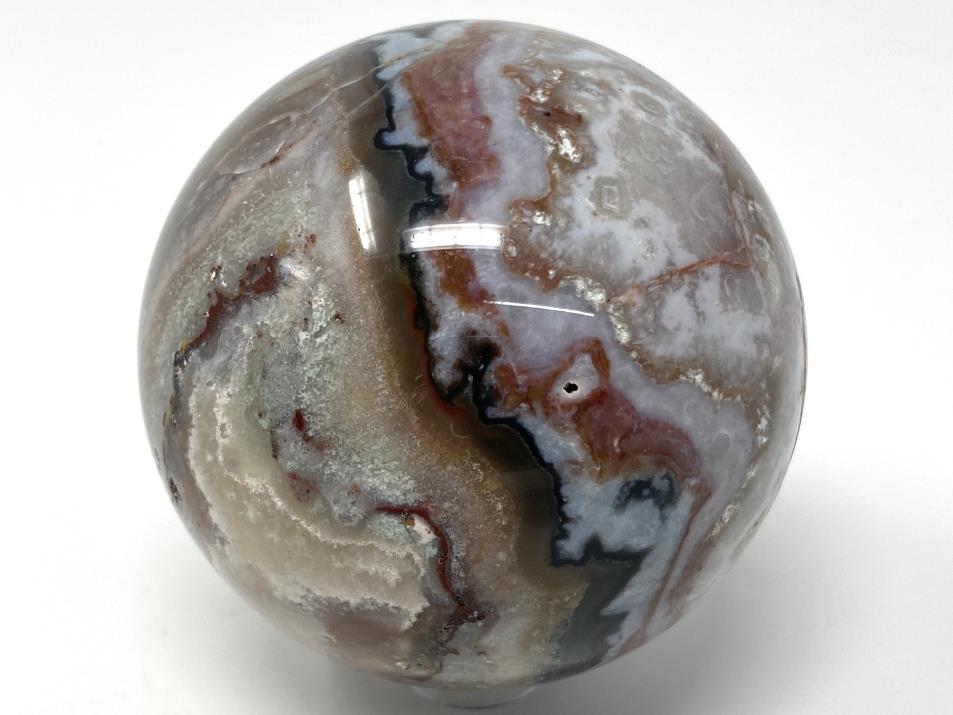 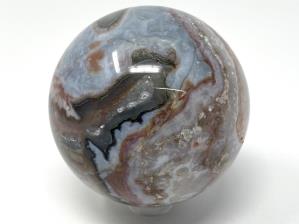 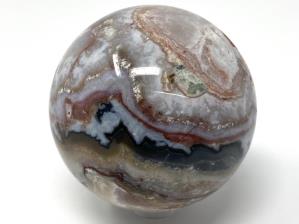 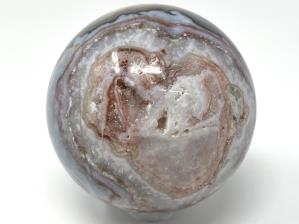 Measuring 6.4cm in diameter, this colourful Agate Sphere displays a range of hues in subtle greys and reds.

This Agate Sphere has been carefully hand-polished to enhance the smooth, glossy lustre of the stone's surface, and also displays a small natural section of sparkling druzy crystals.