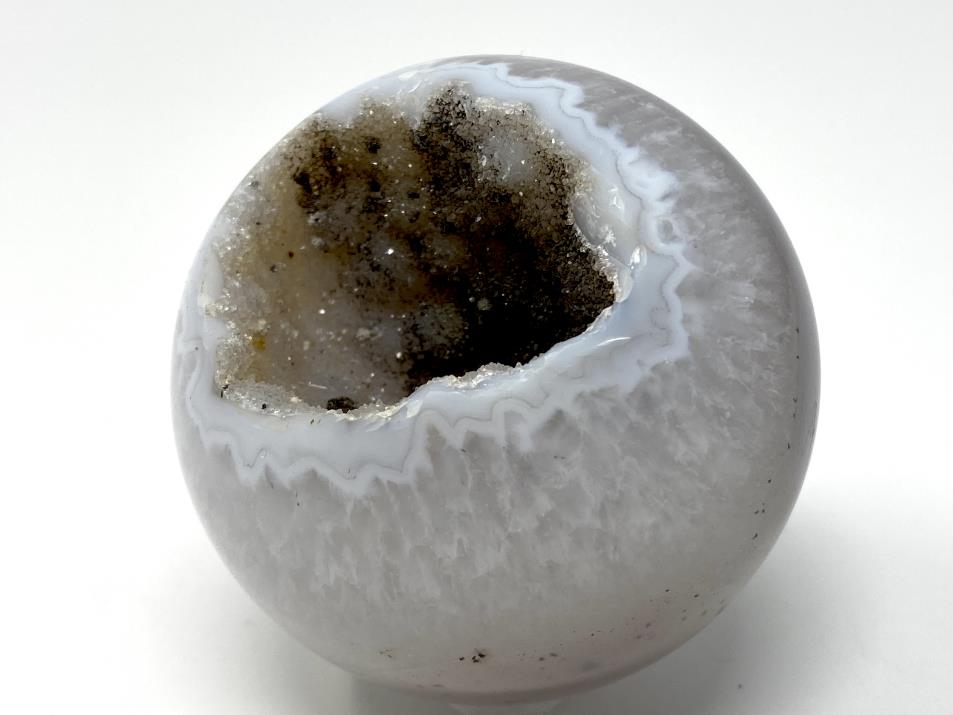 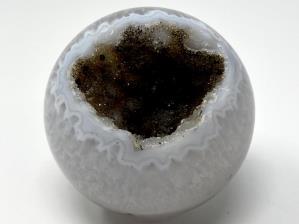 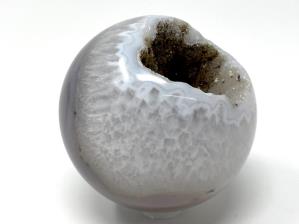 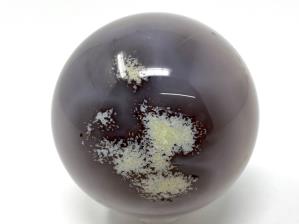 This Agate Sphere has been carefully hand-polished to enhance the smooth, glossy lustre of the stone's surface, and displays a large section of sparkling druzy crystals.