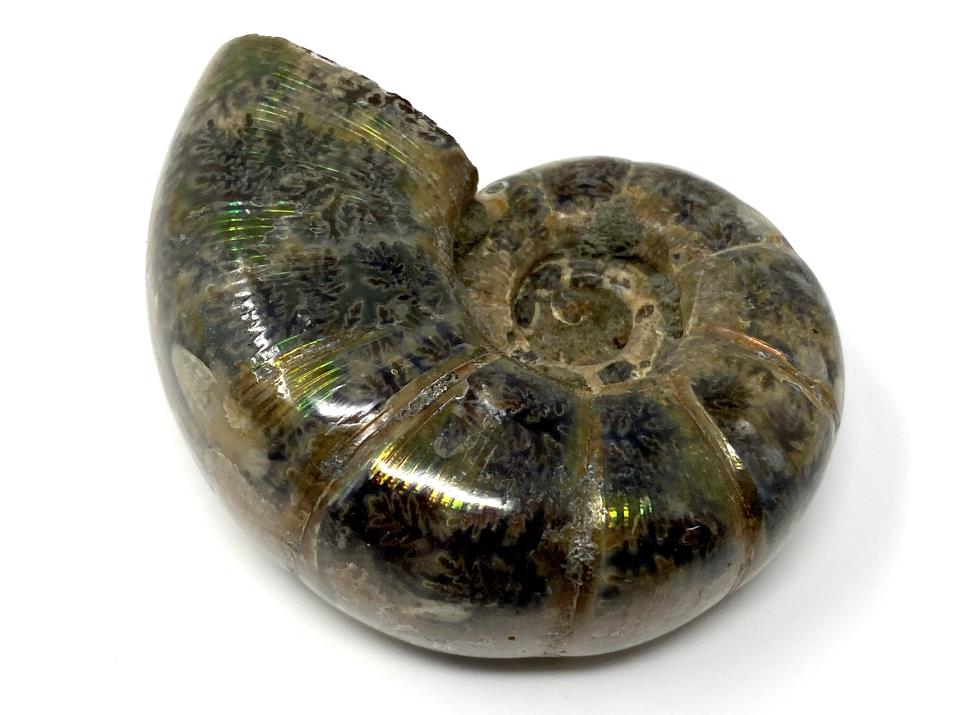 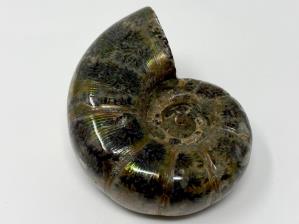 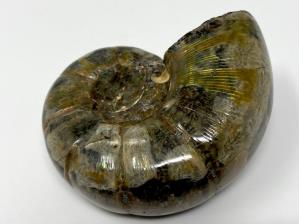 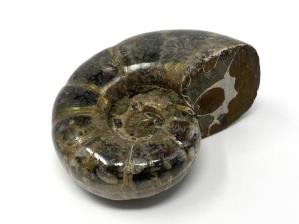 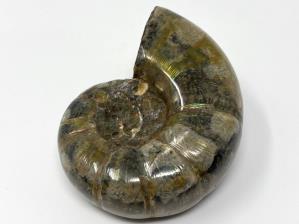 This piece displays a subtle iridescent rainbow shimmer on top of its polished shell.

Lytoceras is a species of Ammonite (an extinct marine mollusc) that can often be distinguished from other ammonites by the large horn shape of the shell.

The ammonite has been carefully hand-polished to reveal its colourful calcite replacements and impressive fern-like suture patterns: these replacements occurred over a very long period of fossilisation, wherein water dissolved the original hard parts of the ammonite shell and replaced it with mineral matter.

This particular ammonite is a member of the Lytoceras species of ammonites.