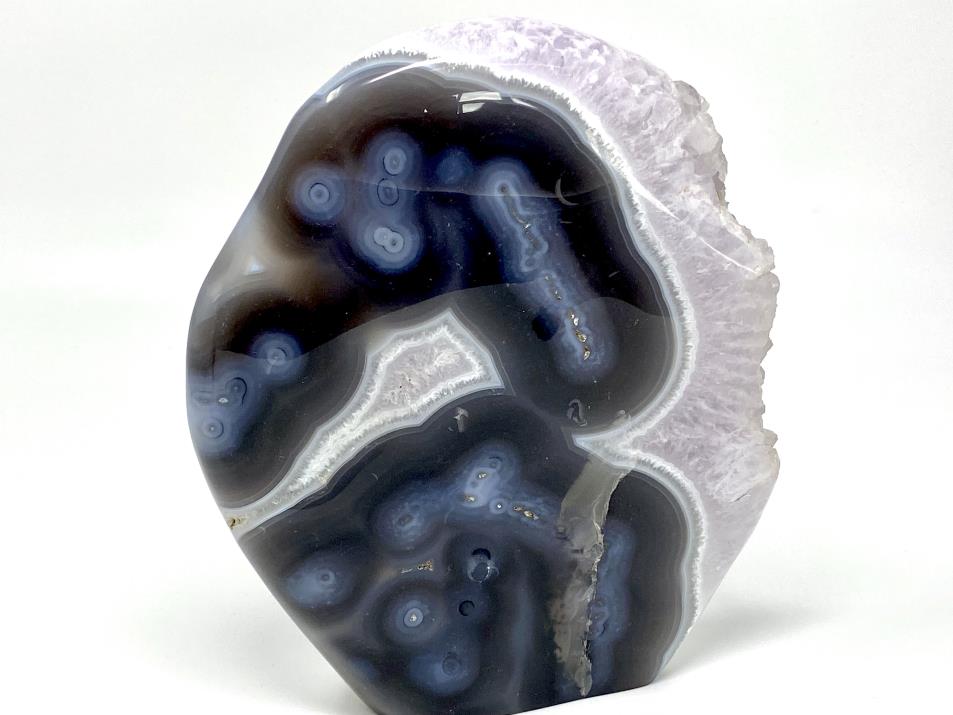 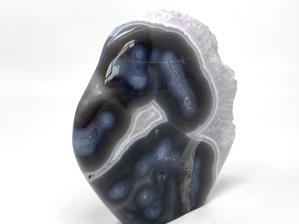 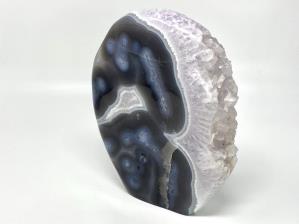 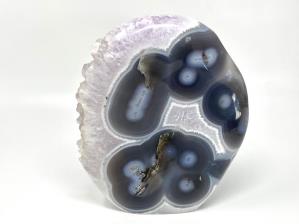 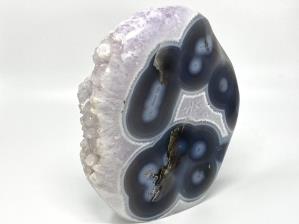 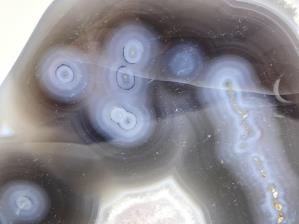 Measuring a magnificent 23.5cm tall, this delightful Agate with included Amethyst freeform is a fine example of our new range of rare Agate pieces sourced from India.

This Agate freeform, a unique form of Eye Agate, has been carefully hand-polished to enhance the smooth, glossy lustre of the stone's surface.

This piece also displays a large section of marvellous crystals on one side.