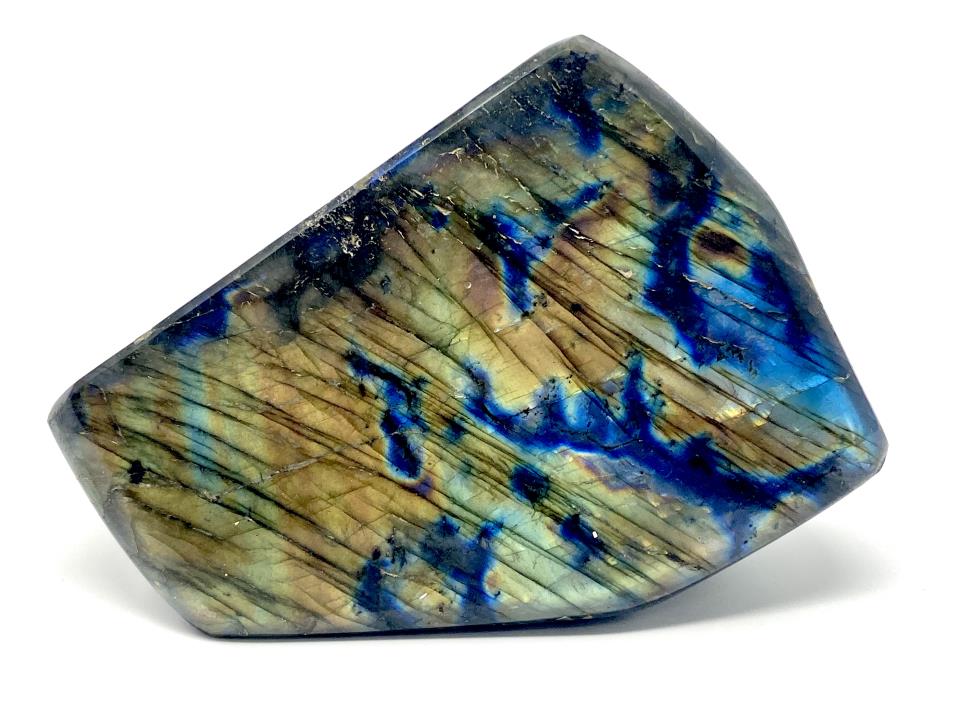 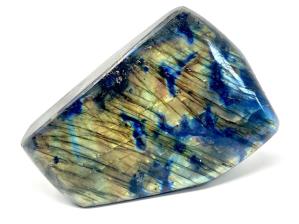 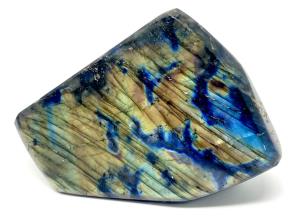 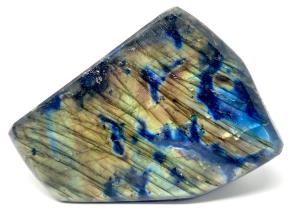 Measuring 11.5cm long, this stunning stone has been cut by artisans into a striking Labradorite Freeform Shape.

This Labradorite Free Shape displays iridescent gold and blue colours shining from within the stone, with hints of purple and pink.