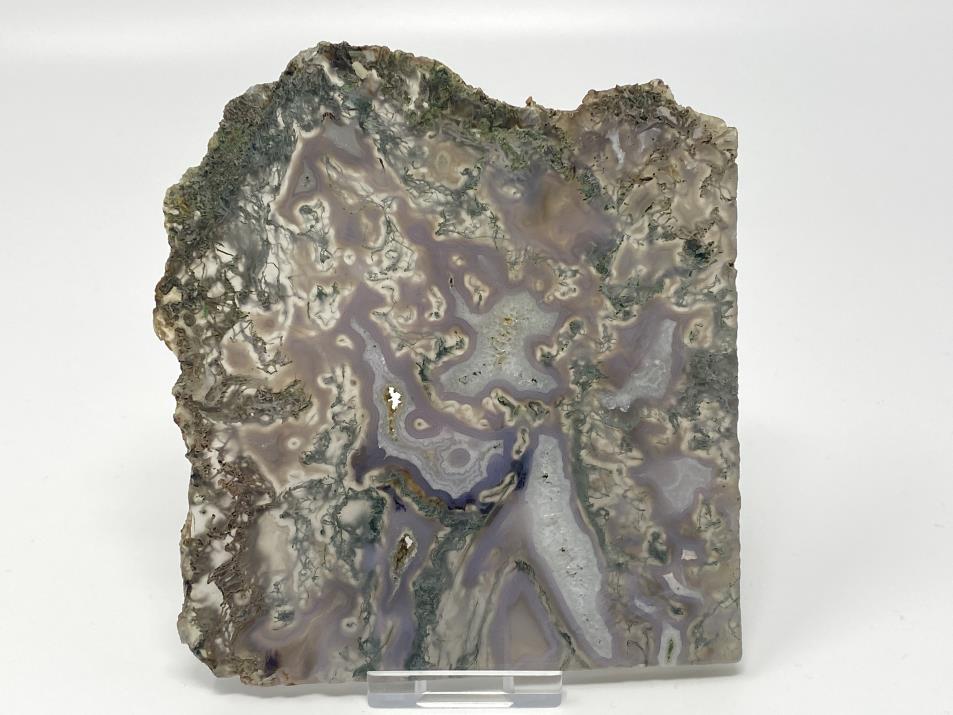 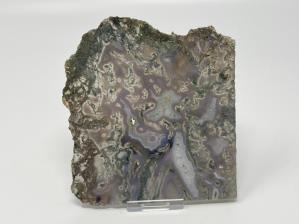 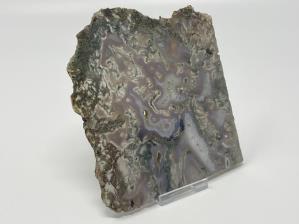 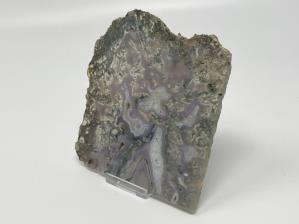 This stunning Moss Agate Slice measuring 13.4cm long is carved from a gemstone that exudes the feel of nature due to its distinctive patterns resembling moss growth.

This sparkling Moss Agate Slice would make a stunning display piece in the home, or a great gift for a loved one or crystal healer.