Copal, a resin derived often from the tree family Burseraceae and the species Protium copal, is a cultural landmark 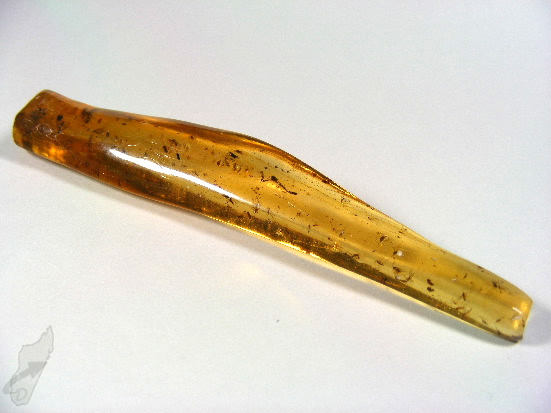 in Mesoamerica. Its name is sourced from the Nahuatl (an Aztec language) word ‘Copalli’, which means incense. Copal has been ceremonially used by the Maya and other Mesoamerican indigenous people for hundreds of years. Aromatic, copal is burned as an incense food offering to the Gods by the Mexican Maya people in an ancient tradition that still takes place today. Ancient Mesoamerican societies often used copal in rituals, for example by censing sacred objects with the resin. Shamans may have inhaled the fumes of burning copal to help them enter a trance state, and interpreted the patterns of copal smoke into visions. The resin was used as glue and varnish, to excise evil spirits from non-purified meat, and as a medicine (among other remedies, it filled tooth cavities and relieved stomach aches). Copal is also famously found in New Zealand as Kauri gum, from the Kauri tree. Consequently, copal has great cultural 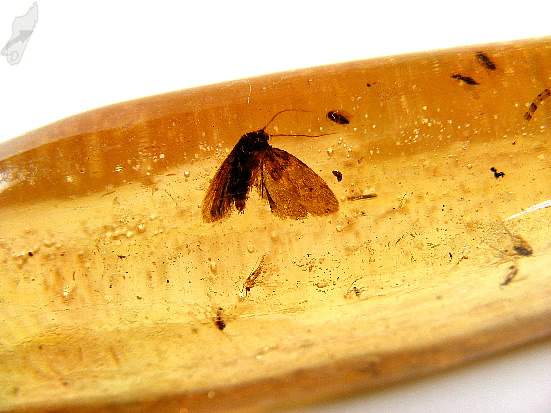 value, as well as aesthetic and scientific merit due to the organisms it traps and preserves.

Copal is similar to the famous resin amber, although amber is much harder and older. The younger resin is nearly fully polymerised, but has not quite reached amber’s stage of complete fossilisation. However the sticky resin still traps an amazing range of preserved insects, and the fossilised product shines with the warm colour of honey. Madagascan Direct sells polished, high AA grade fossilised copal which contain a variety of fascinating insects; including wood boring beetles, bees, ants, and spiders. Sometimes rare pieces displaying trapped moths are available. Plant life is also encased by the resin, and some of our copal includes trapped leaves and plant stems. The copal originates from North West Madagascar (in the Cap D’ambre), where it is harvested by the Malagasy people, along with vanilla pods, for a limited period each year. Madagascan Direct then selects the best fossilised copal, with the rarest insects, most beautiful golden tints, and greatest 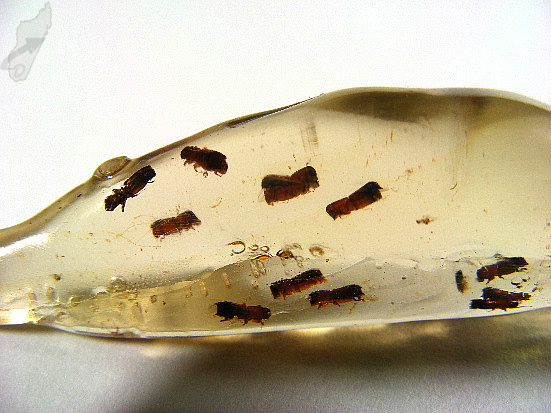 clarity of features, to be sent back to our UK base and prepared for sale. If you’d like to own some high quality copal, then please feel free to look through our catalogue, where we have plenty available for you.