Madagascan Direct are excited to present a new stone to our stores: the extraordinary Larimar. This rare gem is truly a sight to behold. Each piece displays unique, individual patterns: clouds of sky blue, streaks of marbled white, and speckles of sea green. When exposed to the light, the colours take on a new vibrancy in this translucent stone. 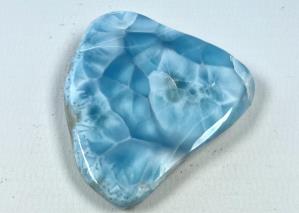 Sourced from the Baoruco Mountains, Larimar is formed during volcanic eruptions. This rare variety of pectolite is unique due to its ocean-blue hue: although grey and white varieties of pectolite are abundant across the world, the gorgeous aqua blue shade of larimar is only found in one place on Earth: the beautiful Caribbean island of the Dominican Republic. Due to its rarity and gorgeous appearance, Larimar is highly coveted in the crystal world. It is predominantly sourced from one area in the Dominican Republic, the Los Chupaderos mine. 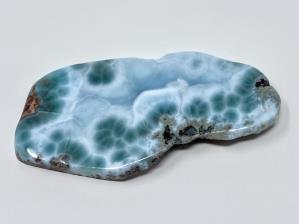 Like the sea its appearance so resembles, Larimar evokes a sense of pure serenity, calm, and relaxation. Part of its name is actually derived from the Spanish word for the sea- “mar”. Larimar is also known by many other names, including Atlantis Stone, Stefilia’s Stone, Caribbean Stone, and Dolphin Stone. 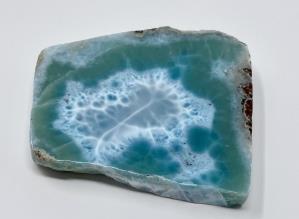 The colour of this stunning stone is unique amongst blue stones found in nature. Larimar’s light, bright tones are distinct from the darker blue hues of Blue Apatite, the bright turquoise-green shades of Chrysocolla, and the pale icy blue hues of Blue Calcite; as well as the blues found in Kyanite. Larimar’s distinctive blue shades are caused by traces of copper within the crystal matrix. Alongside the intense blues and swirls of green white, Larimar sometimes displays red and brown spots due to iron oxidation. 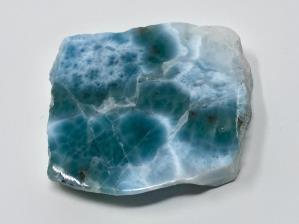 Larimar has a deeply spiritual energy. Although it is a relatively new stone to the crystal healer world, and therefore not much is known about its powers, it is widely reported to have powerful properties. Forged in fire and lava and found near calm Caribbean waters, this stone combines the energies of two primal elements, gifting it a potent energy. 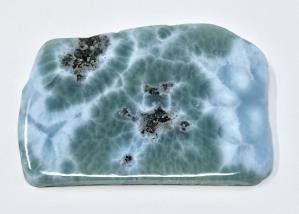 Associated with the throat chakra, Larimar is purported to aid communication. This delightful stone is said to support general wellbeing and to increase confidence in its user. A soother of tension, this nurturing crystal is believed by many to help calm intense emotions such as anger. 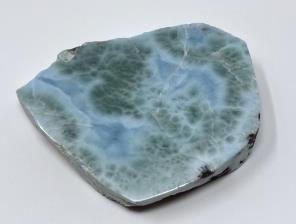 At Madagascan Direct, we have hand-polished Larimar available in free-shaped pieces, as well as high-quality hand-made cabochons. Snap up a gorgeous polished larimar piece now to add a rare gem to your crystal collection! 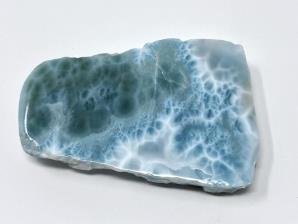 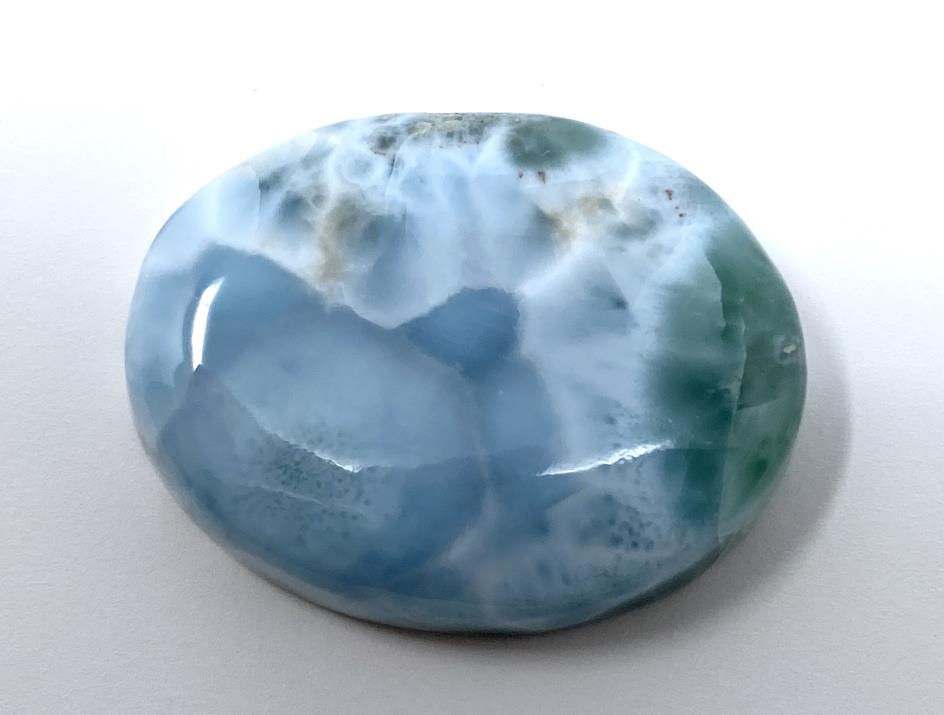