Madagascan Direct is proud to announce a new influx of Moss Agate to our stores, which is perhaps one of the most popular crystals of our time. This beloved semi-precious gemstone is renowned for its unique appearance, gorgeous colours and patterns, and powerful purported healing properties. We are here to explain a little bit more about why we love this special crystal so much. 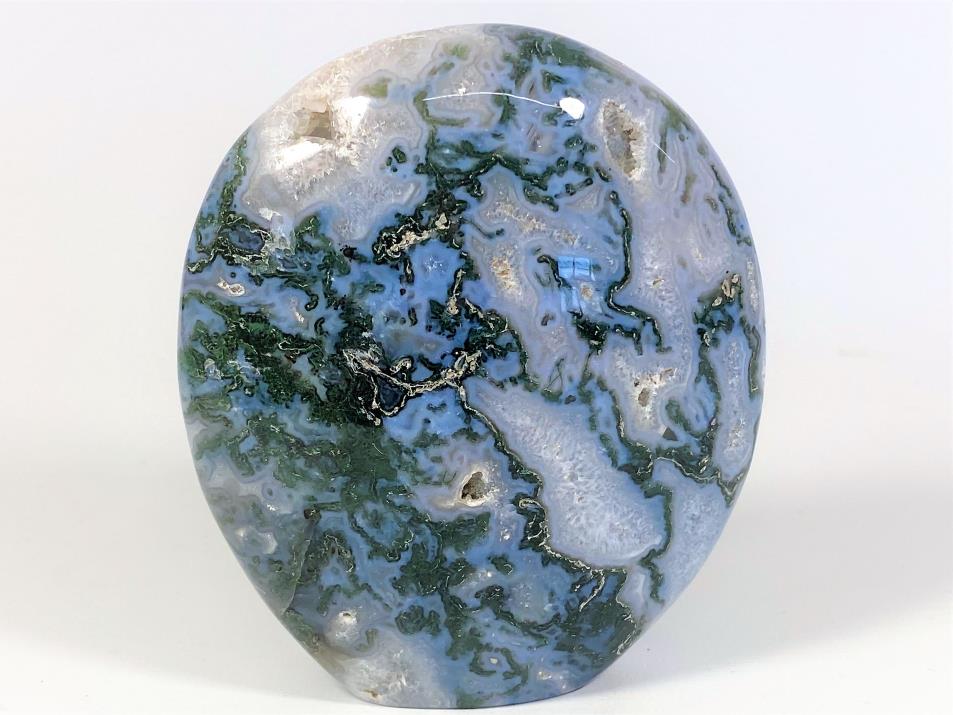 Firstly, let’s talk about what this crystal actually is. Moss Agate (sometimes referred to as Tree Agate) is not strictly an Agate, for it lacks the striped patterns indicative of true Agate; however, its name was gifted to it many years before Agate was categorised in this way. Geologists now believe it to be a form of Chalcedony, but it is an incredibly unique form of this rock. Atop a milky white Quartz base, one can observe a mesmerising pattern of green branch-like structures which resemble the appearance of moss or lichen growth. These patterns are termed dendritic inclusions and are formed from elements of manganese and iron oxides. These trace inclusions grace the crystal with its gorgeous green hues. However, Moss Agate can sometimes include other beautiful colours, including the clouds of celestial blue often found in Moss Agate sold by Madagascan Direct. 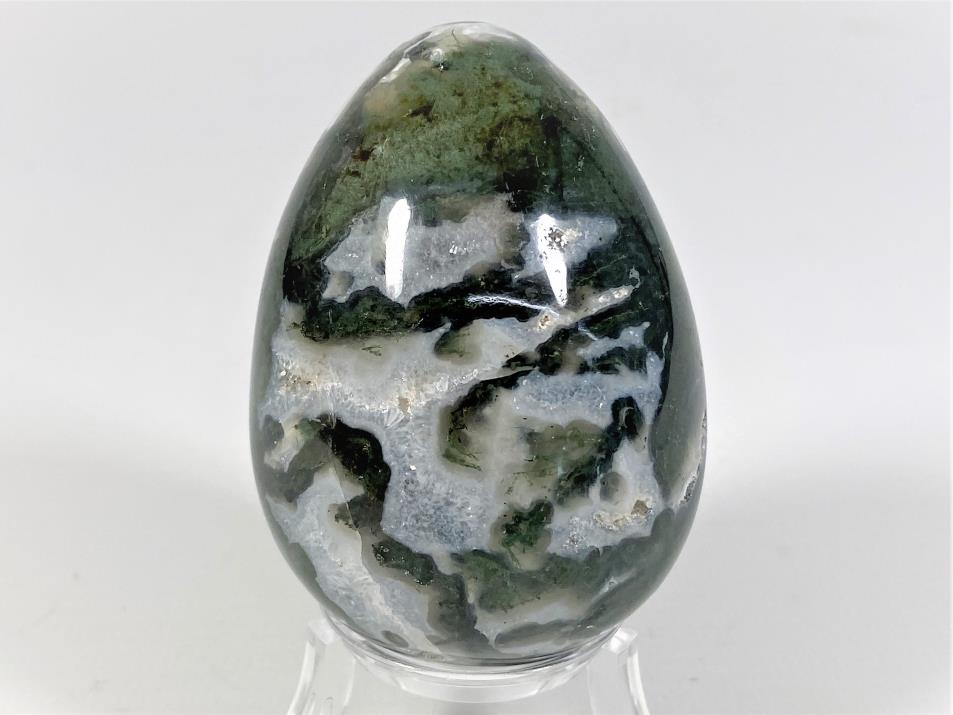 Due to these plant-like patterns, Moss Agate tends to exude a strong feel of nature. Historically, it was used by farmers to enhance the growth and fertility of their crops. For the same reason, Moss Agate is deeply connected to the Heart Chakra. It is believed to bring harmony and balance to its user, and a sense of grounding to the Earth. This sense of grounding can have a very calming effect, and thus this stone is reported to alleviate stress and anxiety in its user. 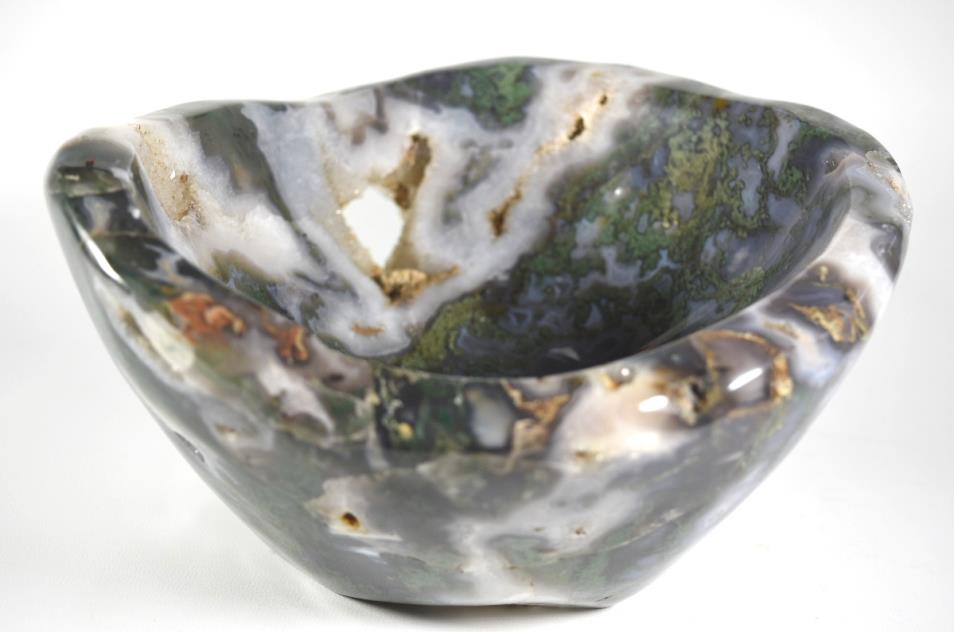 On a wider level, Moss Agate is believed to not only enhance prosperity of crops, but to enhance abundance and wealth in all aspects of life. Sometimes referred to as a Stone of Prosperity, this crystal is believed by many to help nurture the user’s relationships and personal growth. As a stone highly symbolic of growth and nourishment, Moss Agate is popular with crystal healers because of its reported curative properties. In the past, it was used by priests in tribes to help heal ailments, and as a protective talisman for soldiers at war. In both ancient and modern times, people have worn it in jewellery or as an amulet close to their hearts to absorb the healing energy Moss Agate is so coveted for. 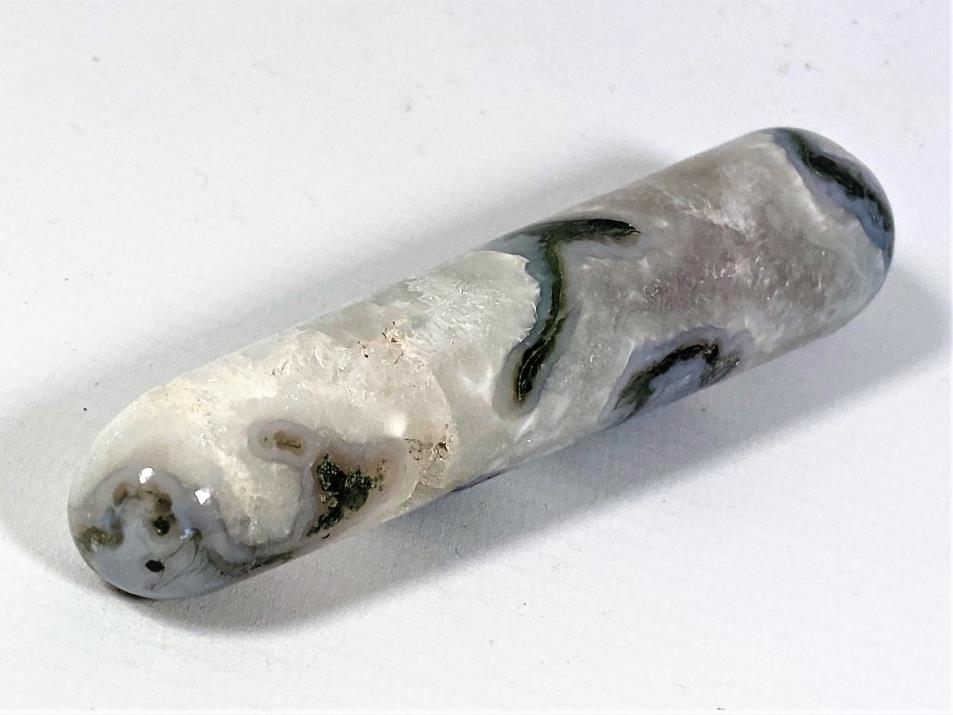 Moss Agate is not only famed for its healing properties, but also its stunning aesthetics. Alongside the clean white, bluish-purple, and verdant green hues present in the stone, many pieces sold by Madagascan Direct display a spectacular druzy effect. This is where some of the stone is exposed in chasms and caverns to display a coating of gorgeous sparkling crystals which twinkle and glisten in the light. The rest of the surface of the stone demonstrates a sleek, smooth polish. If the druzy effect is something you're interested in, you may enjoy also looking at our druzy natural Amethyst pieces. 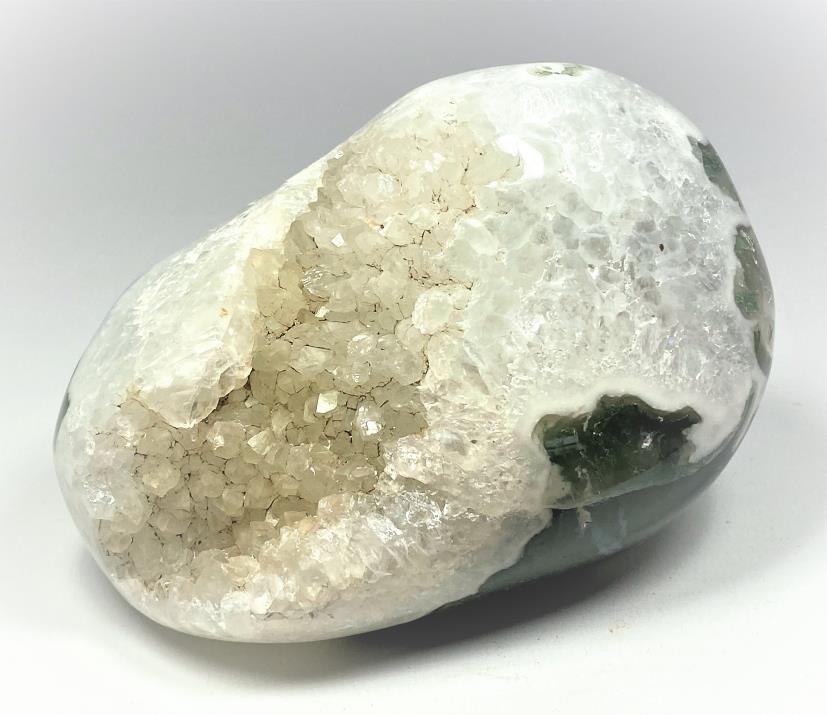 Although Moss Agate is found in various parts of the World, Madagascan Direct sources it from India. In India, we have a team of talented artisans who cut and shape the rough material into high-quality polished forms such as eggs and hearts. These distinctive pieces are perfect as unique home décor objects, particularly our bowls, spheres, and freeform shapes. In Feng Shui, Moss Agate is associated with wood energy, and is believed to enhance growth in the environment and people who use that environment. For this reason, Moss Agate display pieces can be particularly useful when placed in office spaces, especially in the East or South East sections of the room, where they are said to increase creativity and productivity levels. 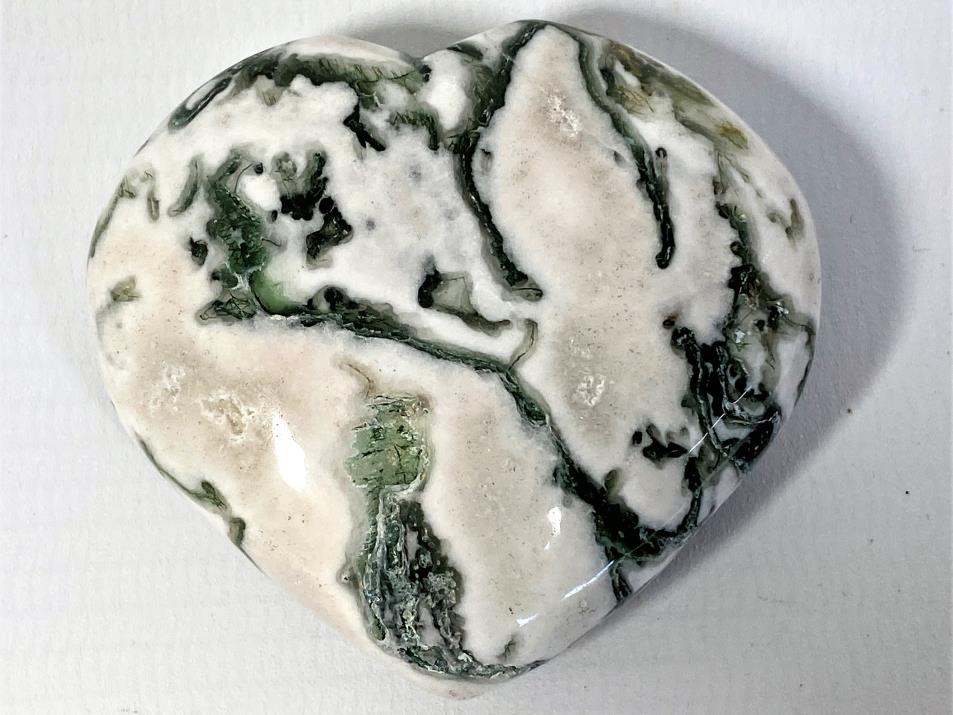 Our talented artisans have also crafted the stone into tactile pebble shapes, which feel wonderfully smooth to hold in the hand, and make brilliant gifts for loved ones. Furthermore, one of the more unique forms of Moss Agate we sell is the massage wand, which is popular in crystal healing, where Moss Agate is said to have several emotional and physical benefits, including anti-inflammatory properties. 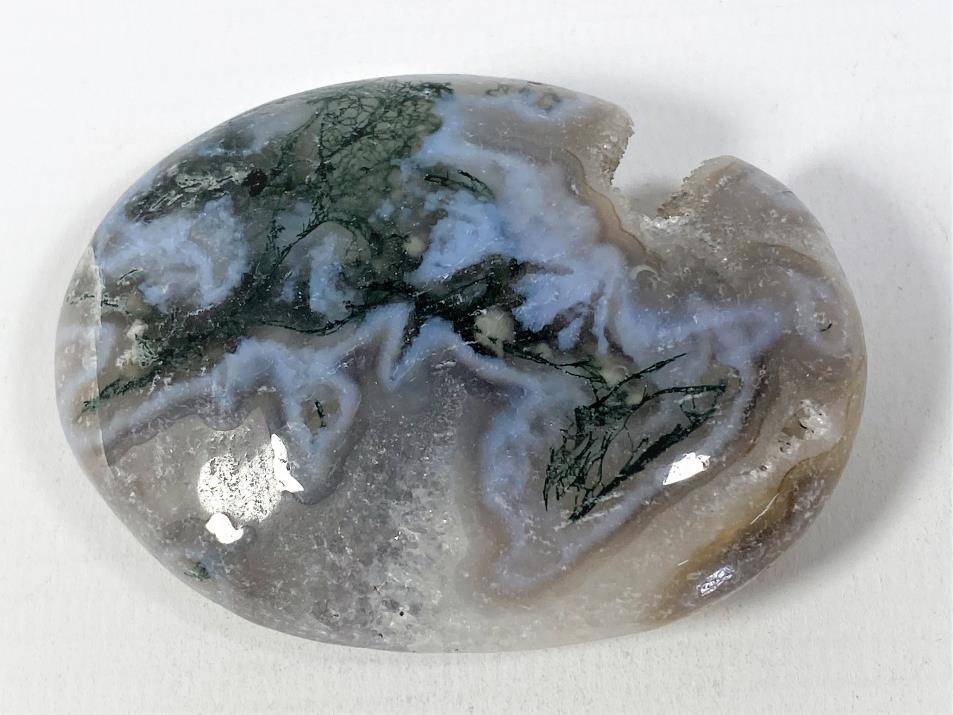 We would advise any users of Moss Agate to be very careful with these gorgeous crystals, for they can be relatively delicate. They must be handled gently to preserve their glossy lustre and smooth finish. Here at Madagascan Direct, we hope you can find a crystal that speaks to you. Please feel free to peruse our extensive catalogue and hopefully discover something exciting!