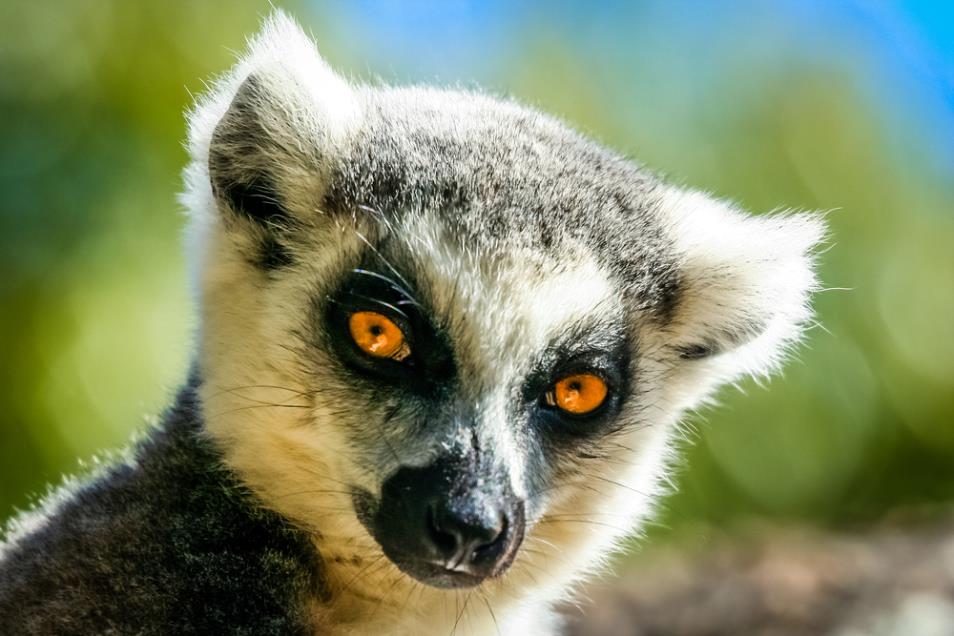 Lemurs are a primate that evolved independently to monkeys and apes and are endemic to the island of Madagascar. The word Lemur derives from the word Lemures which means ghosts or spirits in roman mythology and came about due to their nocturnal habits and slow pace. 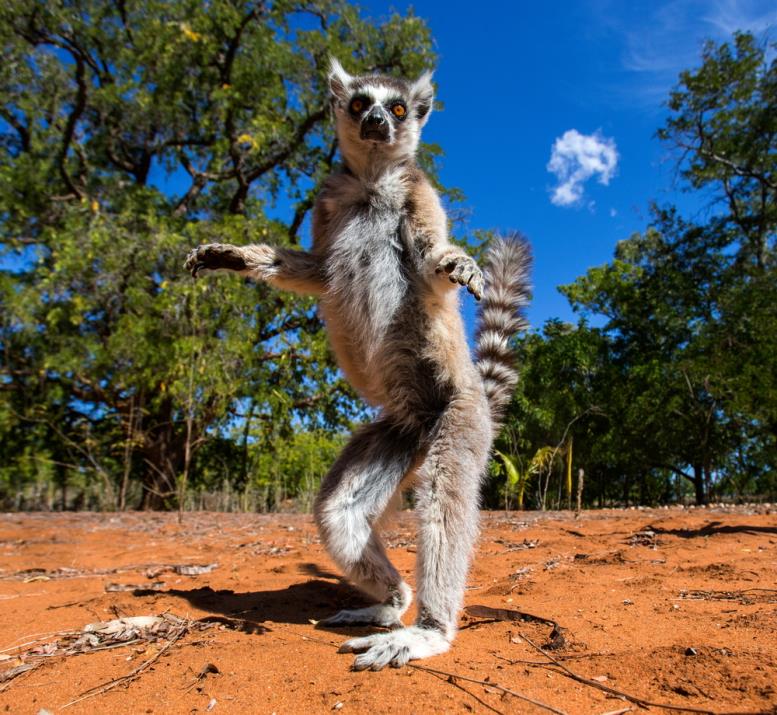 Lemur evolution has produced a very high level of species diversity and this is mainly due to Madagascar's highly seasonal climate which can swing from extended drought to cyclonic generated floods and radically different climatic zones with the rain forests to the east and the dry regions of the west. There are nearly 100 species of lemurs and they can range from as small as the mouse lemur  which can be as small as 30 grams and as large as the Indri Lemur which can be up to 9 Kilograms. Lemurs have digits with nails not claws on their hands and feet that can move and extend in different directions. The lemurs diet are highly variable although most larger lemurs generally eat a variety of fruits and leaves and the smaller lemurs primarily consume fruit and insects. 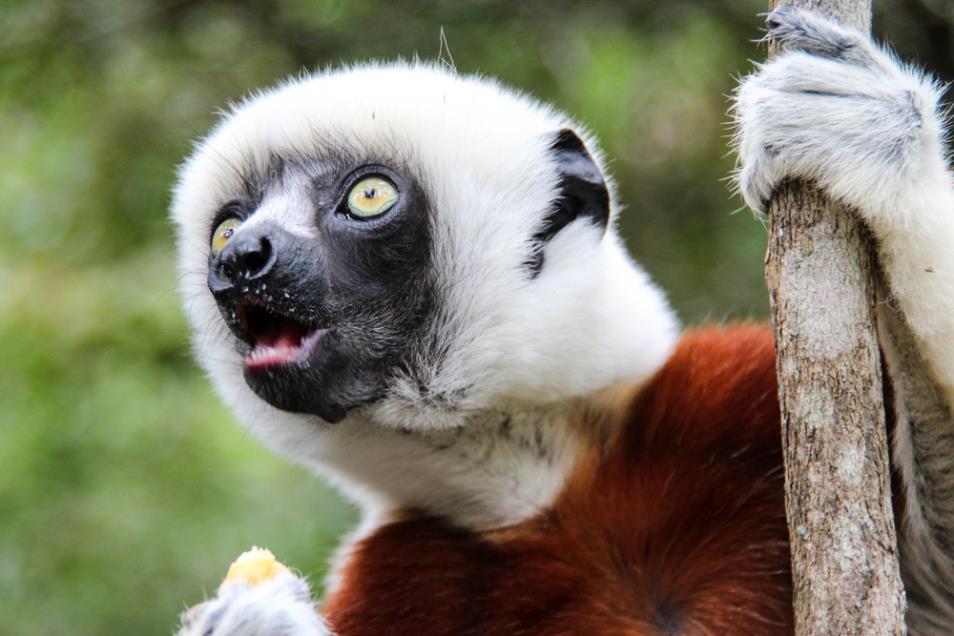 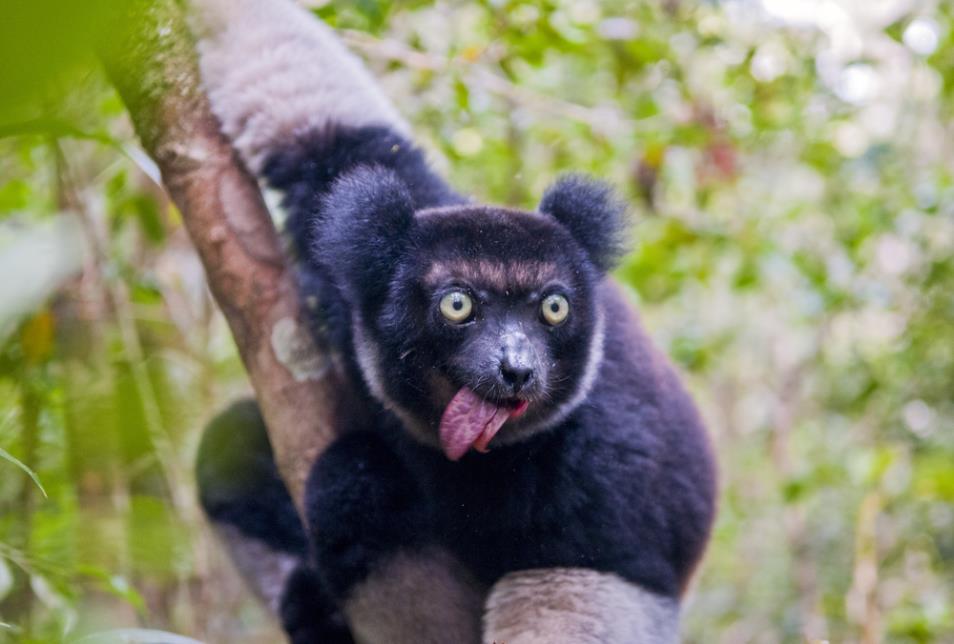 Although local traditions generally help protect lemurs and their forests many lemur species are threatened with
extinction due to habitat loss and hunting caused by illegal logging and political instability. Because of these threats and their declining numbers lemurs are considered to be the world's most endangered mammals.

Madagascar is very well known for this unique species of primate the lemur and also for its rich deposits of fossils and crystals. 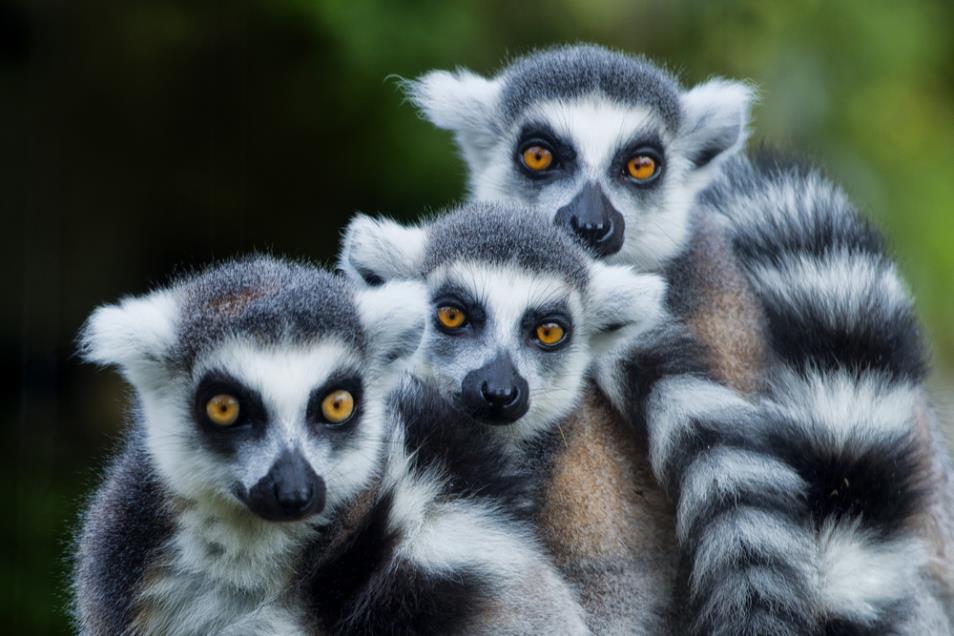