At Madagascan Direct, you can find a vast array of crystals with wonderful healing properties. Whether you’re 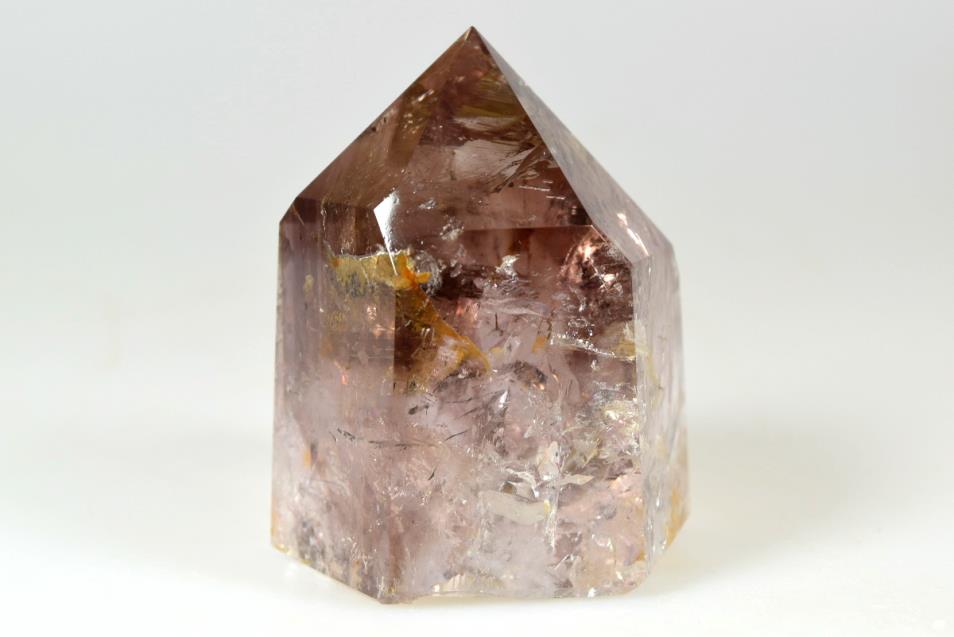 after a stone to help you fall (and stay) asleep, or a stone to improve your psychic powers, there are plenty of options available.

Firstly, agate is a stone of stability and balance. Although it is less powerful than other crystals, it has the ability to balance all types of health: from outward physical health (including treating disorders of the skin, and gastritis, among many other ailments), to emotional and spiritual health. It has a cleansing effect, much like amethyst, which has the power to detoxify the body. Amethyst is also reputed to have a calming influence, and therefore can help to alleviate sleeping problems such as insomnia. For this reason, amethyst, one of the rarer and more beautiful forms of quartz, is highly desired for use in meditation. 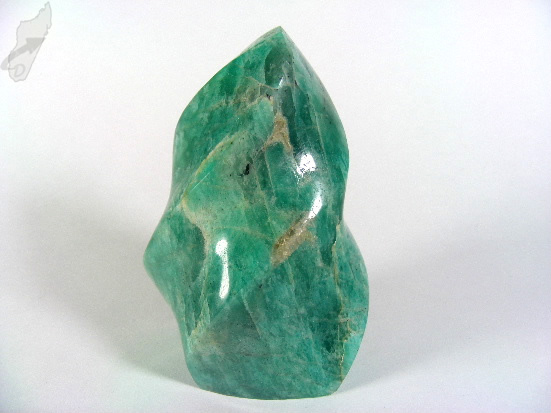 Amazonite is a crystal tool used for powerful emotional healing. It is especially adept at improving the user’s communication and empathy skills, allowing them to both convey their own thoughts and feelings effectively, and understand the emotions of others. This means that negative emotional states such as loneliness, which are caused by interpersonal problems, can be removed as the stone inspires friendship. It is helpful in many specific crystal healing practises including Emotional Freedom Technique (EFT), which involves the use of tapping to relieve emotional pain. Similarly, black moonstone (which has various metaphysical properties), is believed by many to be a stone with grounding abilities, thereby helping to solidify relationships.

Whilst apatite in general is said to improve motivation (making it very useful for studying, as it improves 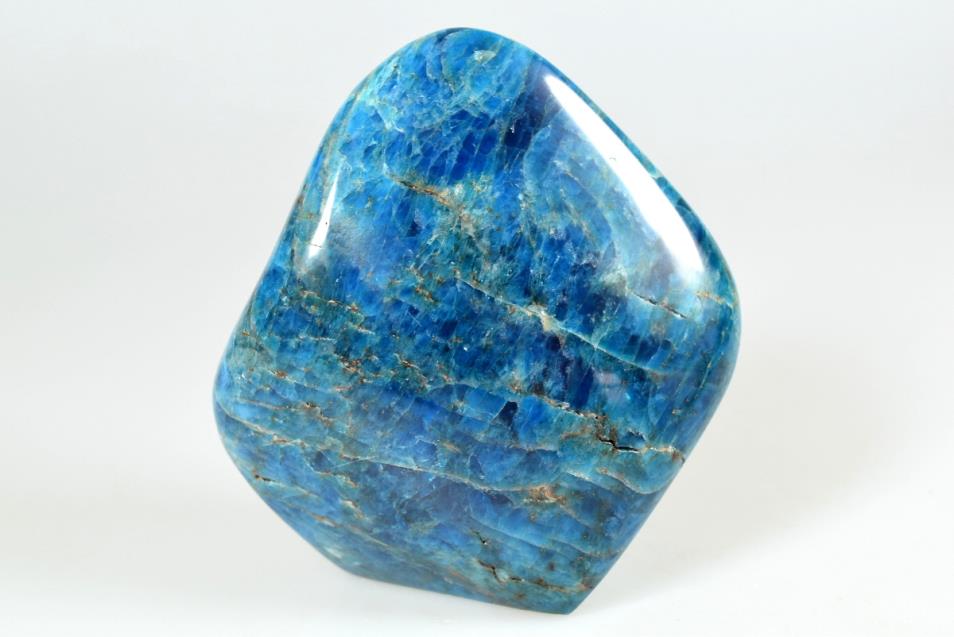 concentration levels), and reduce over-activity, blue apatite in particular is highly valued for its powers of enhancing communication. It strongly resonates with the throat chakra, and therefore aids with social events such as public speaking. Yellow apatite has an energising effect: cleansing the body of toxins and ensuring the user feels less fatigued. Apatite is a truly uplifting stone, and as a bonus, it is reputed to have many physical healing properties, including the treatment of headaches to make them less painful.

Black tourmaline and black septarian are both well known in the crystal healing world for protecting their users. Yellow septarian is a concretion stone like black septarian, so it 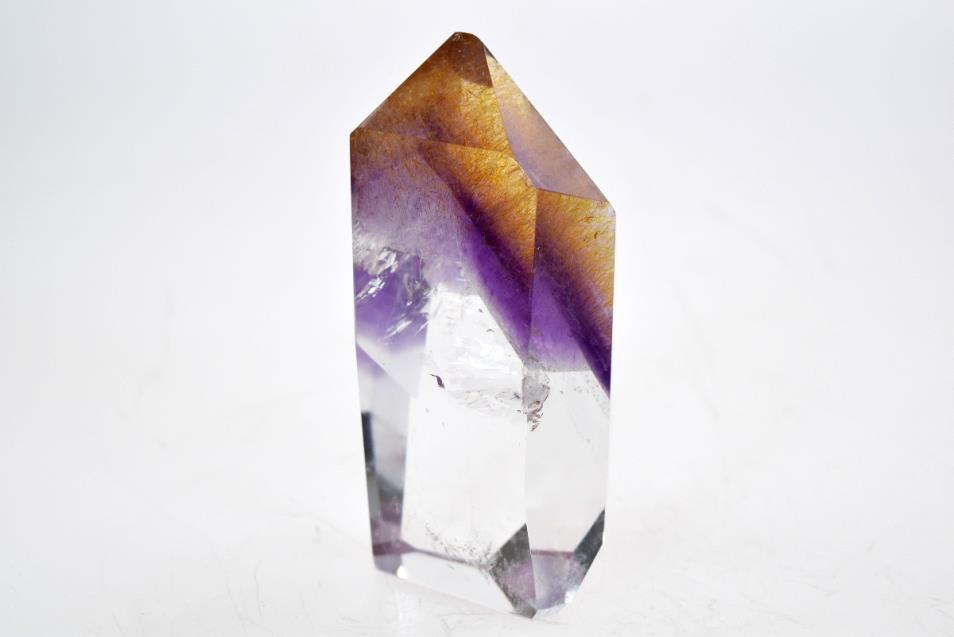 has protective properties, alongside a soothing energy. Smoky quartz both protects the user and wards off stress and anxiety. Peach moonstone also has a very calming effect. Much like its soft, baby blue hues, blue calcite is a crystal designed to calm the user down. It can help people who are recuperating from sickness. Furthermore, blue calcite is good for defusing arguments and debates between people who may not share the same ideas and outlook on life. Due to its connection with the throat and third eye chakras, it is also a spiritually valuable stone.

Whilst the aforementioned stones are highly calming, chalcedony crystals may improve energy levels, and 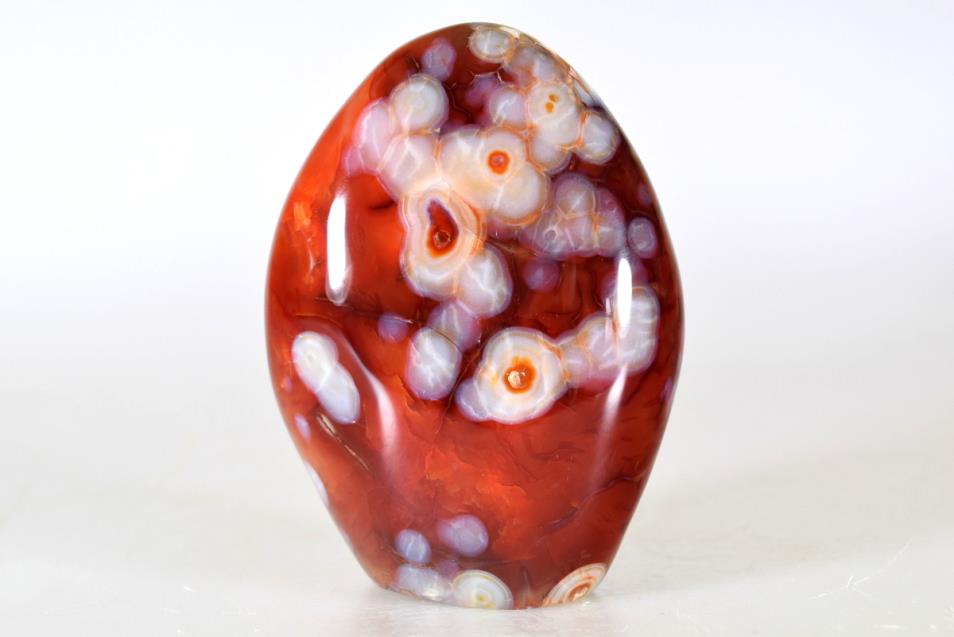 therefore could possibly aid the alleviation of symptoms of dementia such as fatigue. It’s a caring, loving stone that inspires friendliness, thereby possibly leading to mended relationship problems. Carnelian is a special form of chalcedony which promotes financial success, as well as courage and bravery. It is said to give users the strength to solve their problems, which may include giving them the confidence needed to get up on a stage and complete public speaking with clarity and eloquence. As suggested by its fiery colour, it gives the user a bit of ‘oomph’: the motivation to achieve your goals and, ultimately, prosperity. Chrysoprase is another variety of chalcedony, and is firmly in tune with the heart chakra: this means it can help 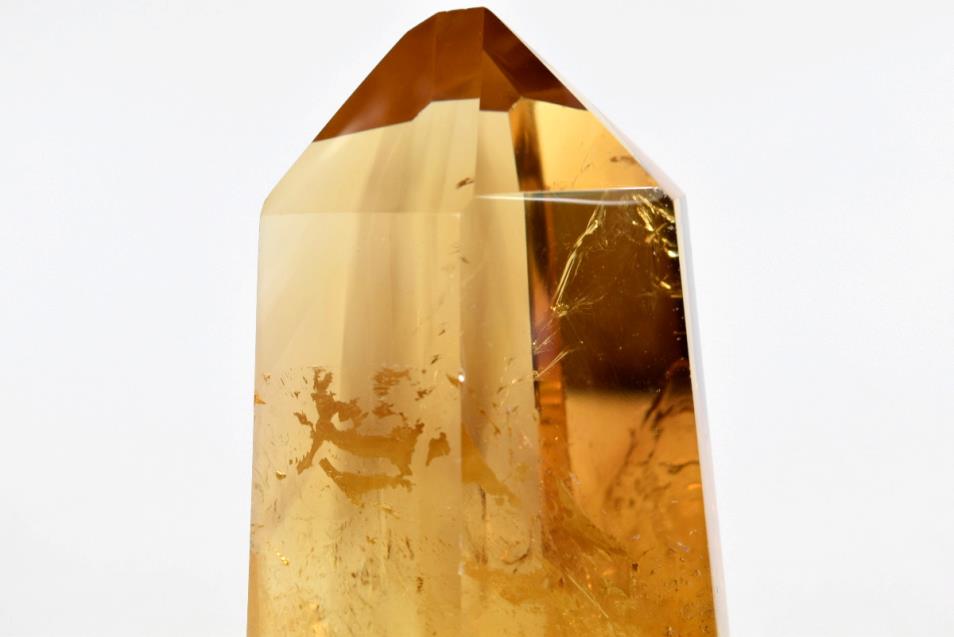 issues surrounding love. It is reputed by many to have a powerful healing effect on many health problems such as poor eyesight, as well as mental pain. Like carnelian, it promotes success and good luck: citrine, otherwise known as a ‘success stone’, is also considered by many people to be a harbinger of money, power and success. Citrine vanquishes negative energies, and it has the added quality that it doesn’t absorb negative energy, therefore making it a highly positive crystal.

Crystals also have great spiritual uses. Celestite is said to be a sign of angels, and consequently it has great 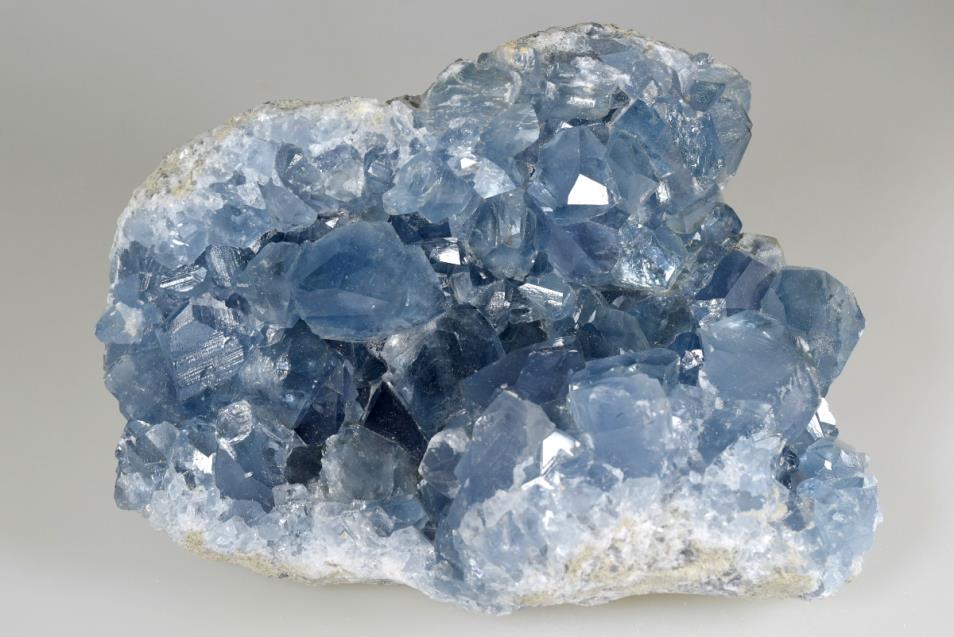 spiritual value which makes it useful in energy healing practises like Reiki. Indigo gabbro is also reputed to have a strong energy and can be used to amplify a healer’s powers during Reiki sessions.  Celestite provides a window into psychic powers, for it can aid the learning of abilities such as clairvoyance. It also has many non-spiritual uses: primarily, it has a highly soothing effect, making it the perfect crystal for stress and anxiety reduction. Celestite clears the mind so that the user can focus better on their problems and thus solve them with greater ease. The user may also choose to use it during sleep to encourage highly detailed dream recall when they awaken. Clear quartz is also very spiritual in use as it resonates particularly well with the soul star chakra: this means it sharpens the user’s focus by de-cluttering their mind. However, it works with all the chakras, making it an incredibly versatile healing stone. Elestial quartz is akin to clear quartz and celestite in that it has highly spiritual properties, given its supposed connections to heavenly/higher ‘realms’. 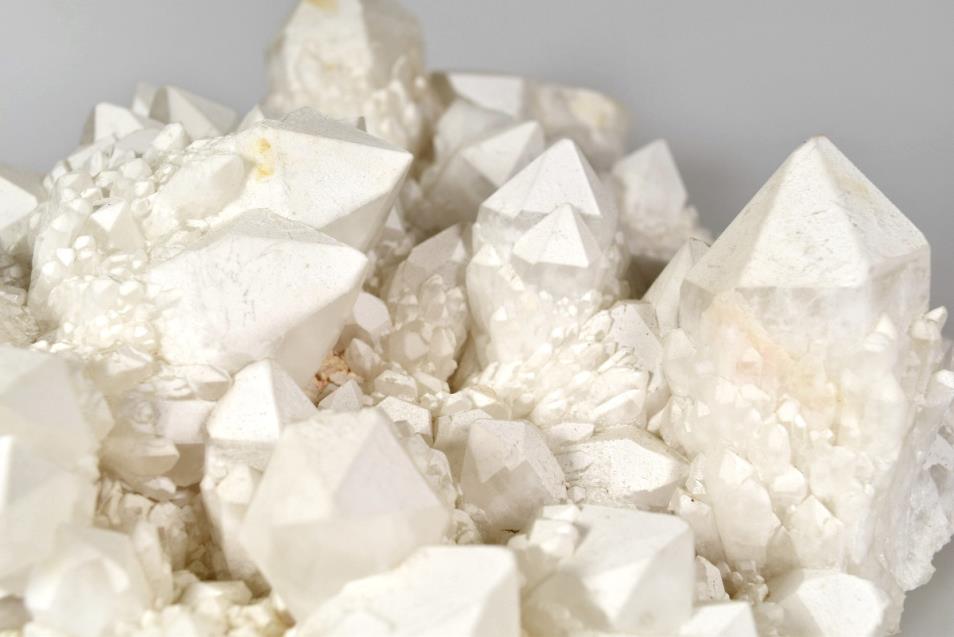 Healing stones can foster both physical and emotional recuperation. Candle quartz is seen by many to be a figurative ‘light in the darkness’, like the candle it was named after. It provides hope in times of despair, and so can spiritually complement the treatment of ailments like depression, as well as headaches. As an abundance crystal, it also promotes prosperity. Epidote is a crystal that inspires mental growth, encouraging the user to open their mind to new ideas and possibilities. Enhydros quartz is also useful in encouraging emotional growth. Jasper is an introspective stone. It is comforting 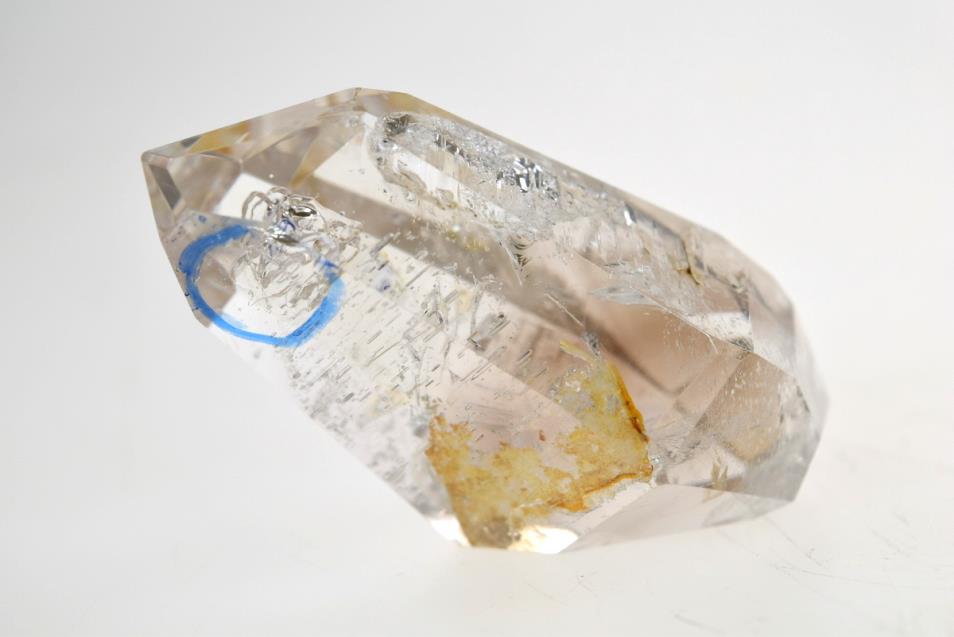 and peaceful, for it allows the user to become more aware of their environment and their own physical sensations so that they can better enjoy their life. Fluorite is popular in energy healing as it cleanses the aura, making the aura as fresh as the crystal’s spring green colour. The stone improves intuition and our natural understanding of the world. Physically, it can be useful in strengthening teeth and bones much like the fluoride toothpastes used to brush your teeth. The similarly coloured green opal is used in crystal healing to promote recovery from illness, and the fostering of healthy relationships. 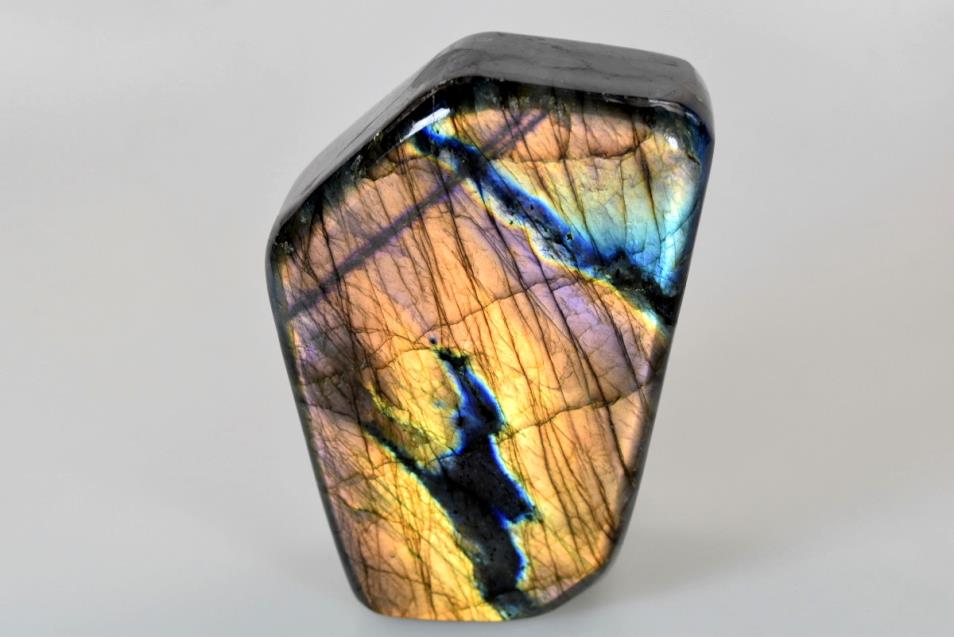 Labradorite, on the other hand, is most famous for its uses in supposed ‘magical’ practises. Psychics proclaim labradorite to be fantastic at strengthening psychic abilities such as clairvoyance and telepathy. It also balances out all the negative components of the user’s personality, helping them to become a happier person. As part of the feldspar group (of which amazonite and graphic feldspar are a part of), it encourages an increased connection and appreciation of one’s self. 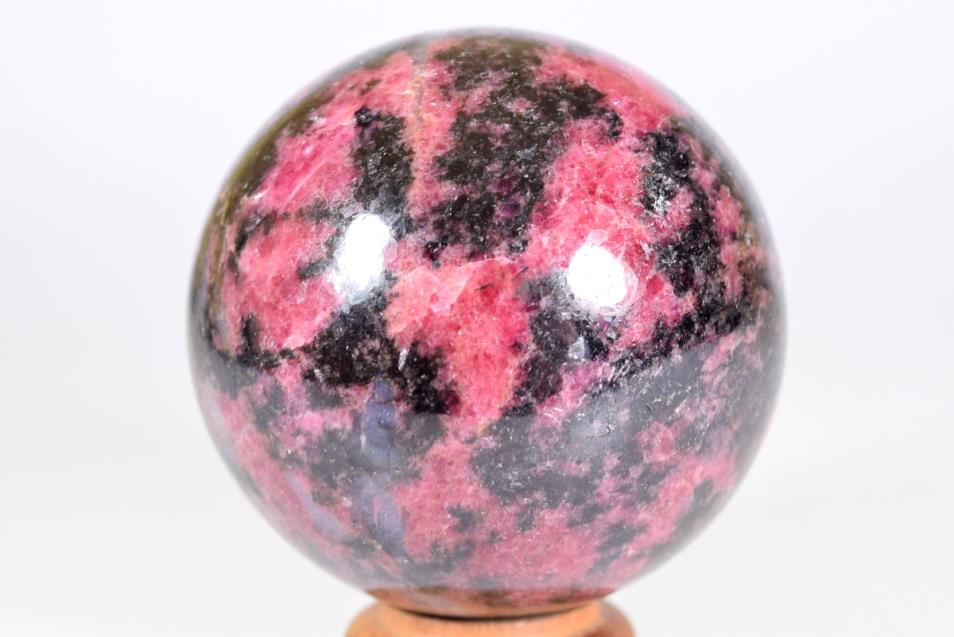 Madagascan Direct also have a range of red stones with brilliant properties. Rhodonite is attuned particularly
well to the heart chakra, and therefore in crystal healing it is mainly used to repair damaged relationships. It can do this by inspiring forgiveness and unconditional love in the user. Very similarly, rose quartz is a crystal that has a potent effect on relationships; helping love to bloom and flourish within them. Ruby crystals directly resonate with the base chakra, which means it leads to activity and prosperity: for this reason, it is highly energising. 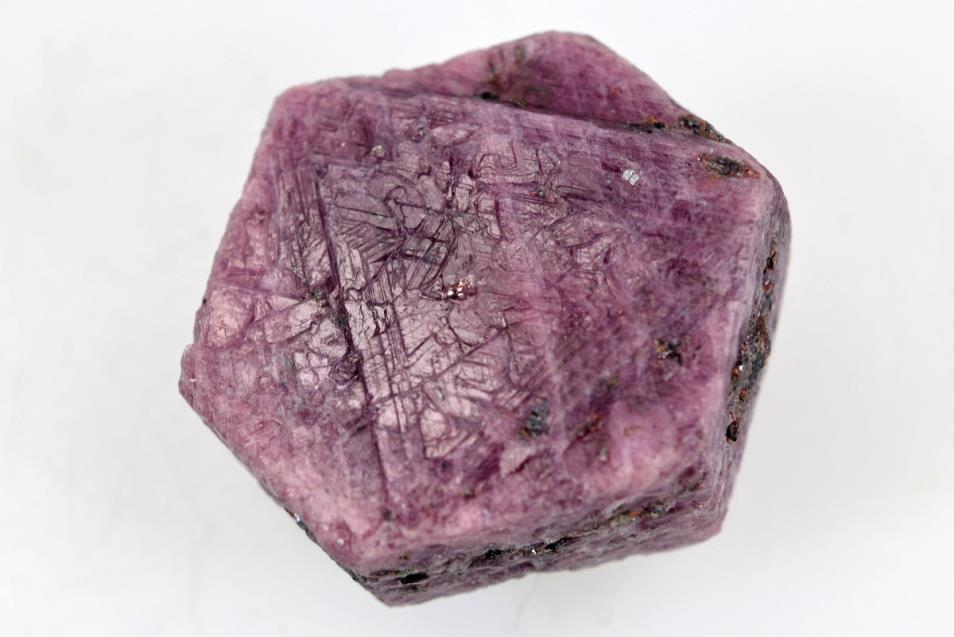 The stones described above are all available at Madagascan Direct, so if you are intrigued by any of them, please feel free to peruse our catalogue. We only sell pieces of the highest quality, so we hope you enjoy our products.