Rainbow crystals and rainbow fossils are incredibly special: not only are they aesthetically beautiful, they also are important spiritually.

Representing joy, fun, and happiness, a rainbow crystal or fossil makes a perfect addition to any mineral collection.

Let's go on a journey through some of our favourite rainbow crystals and fossils. 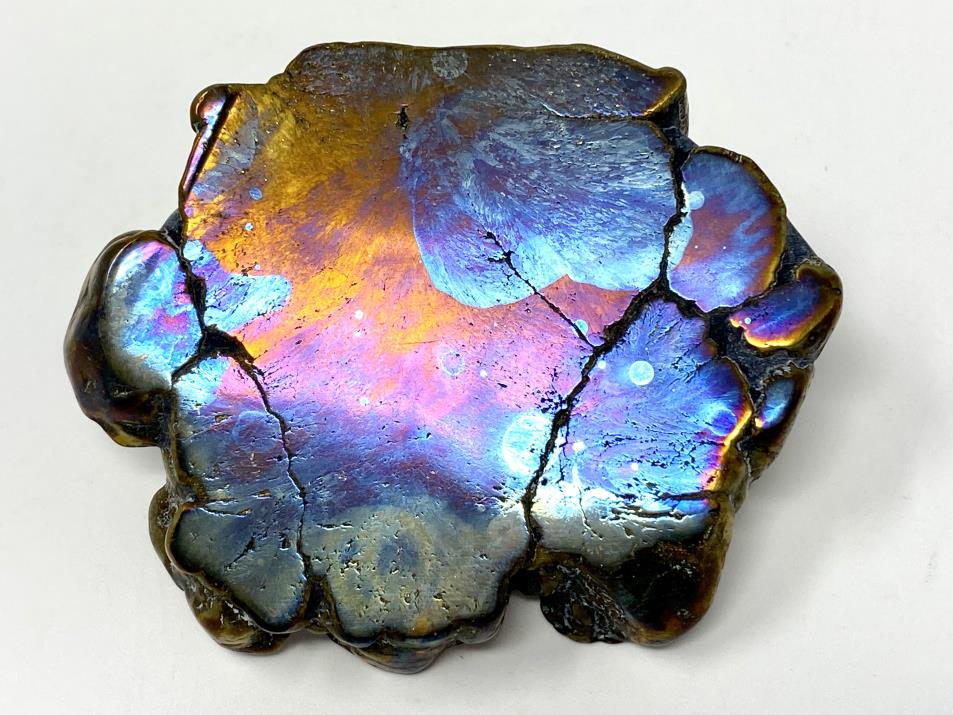 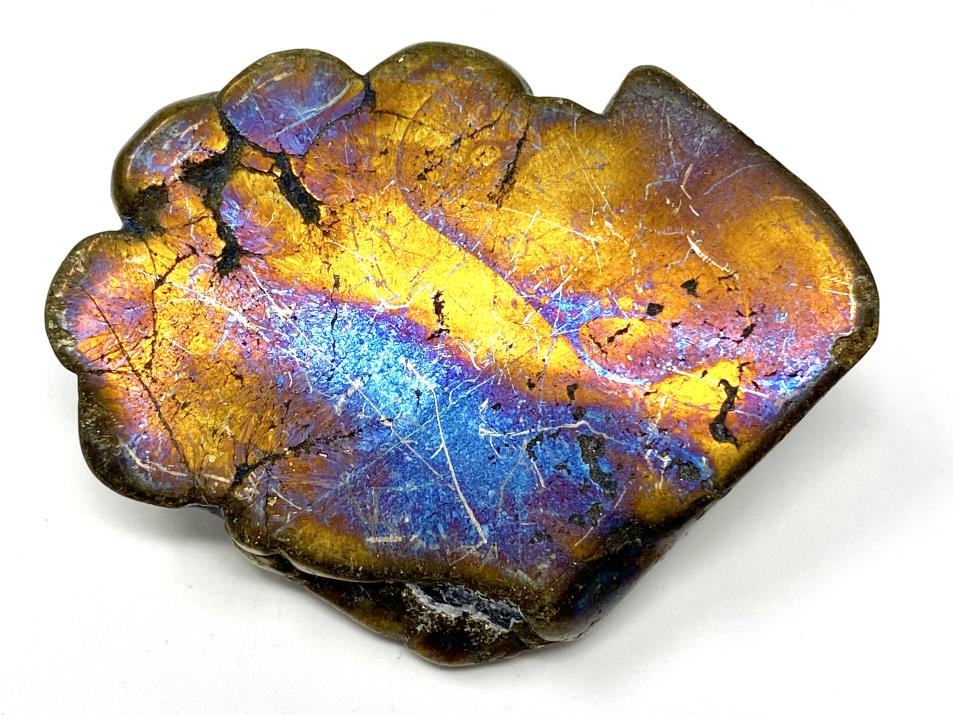 Pyrite is an iron sulphide mineral composed of iron and sulphur.

Pyrite is often mistaken for gold due to its golden colouring and tendency to be found in the same rocks as gold: Fool's Gold is thus a term that has been given to Pyrite. 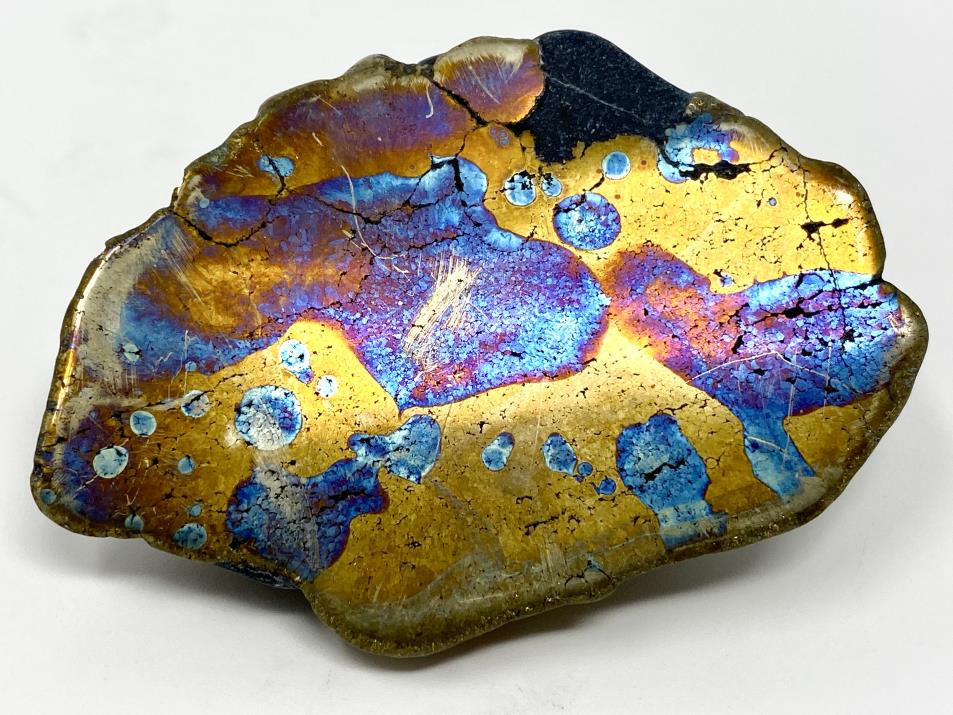 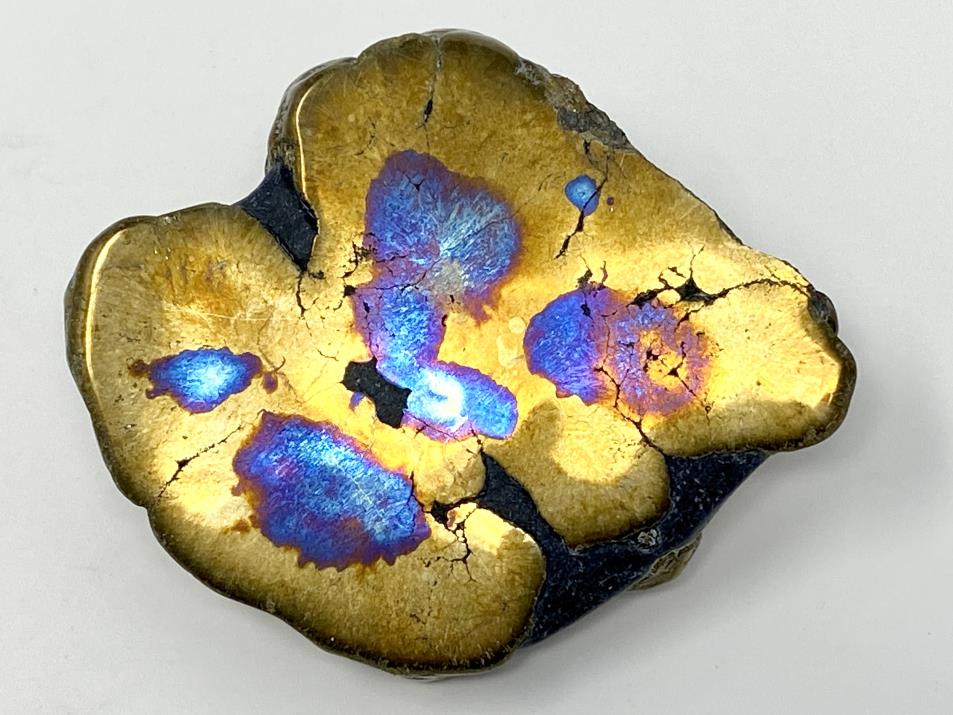 This rare Rainbow Pyrite is even more unique given its striking black-gold colour contrast.

Containing Pyrite and Magnetite, this rare form of Pyrite is very similar in composition and appearance to the revered Healer's Gold, which is otherwise known as Apache Gold. 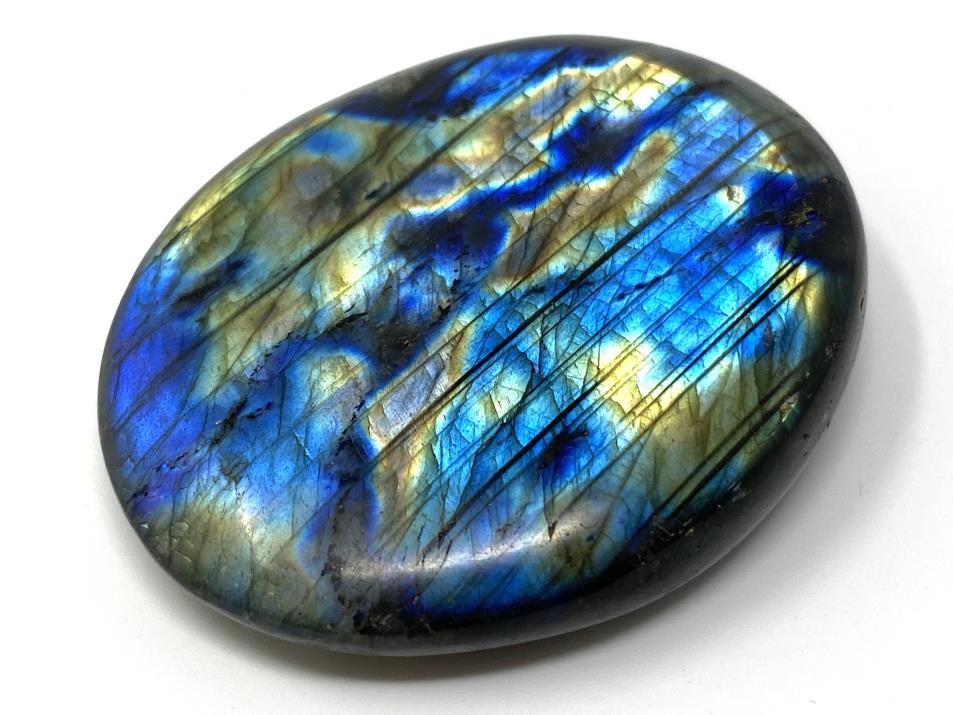 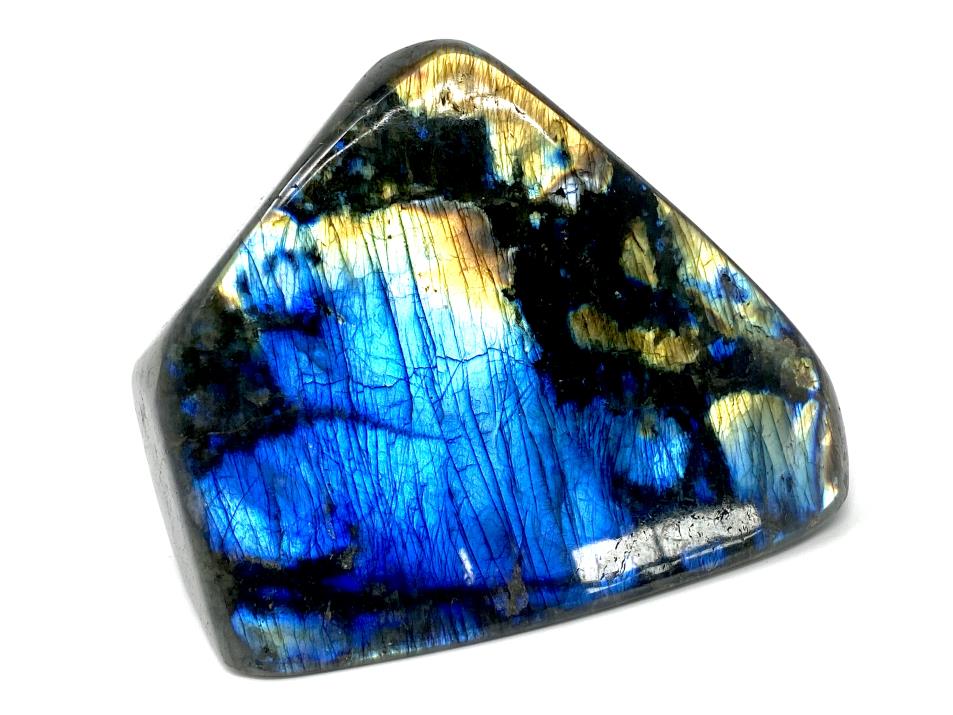 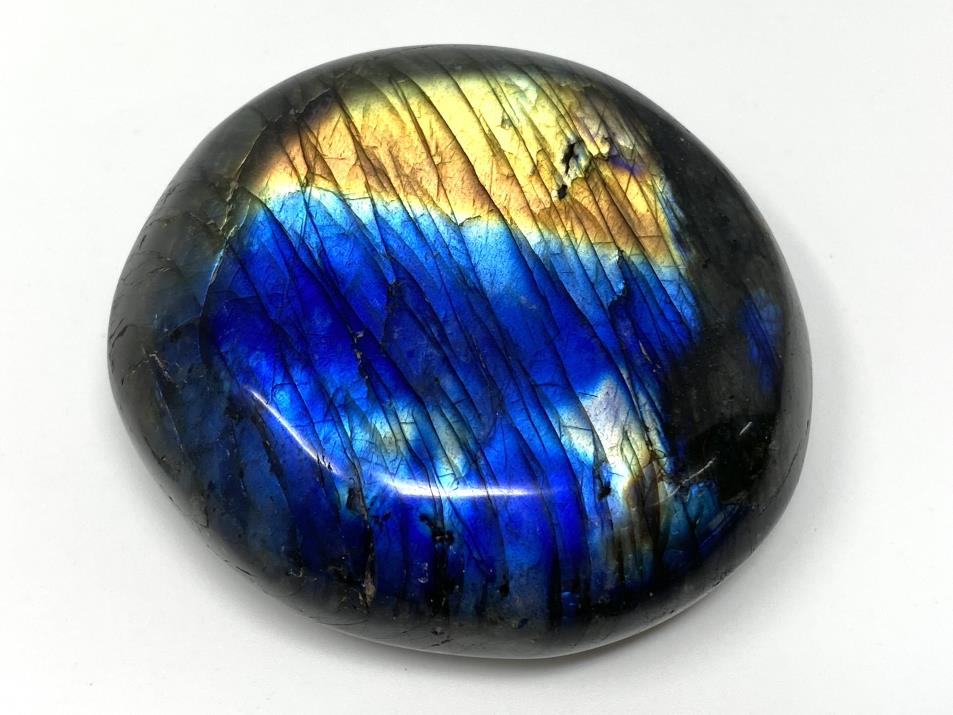 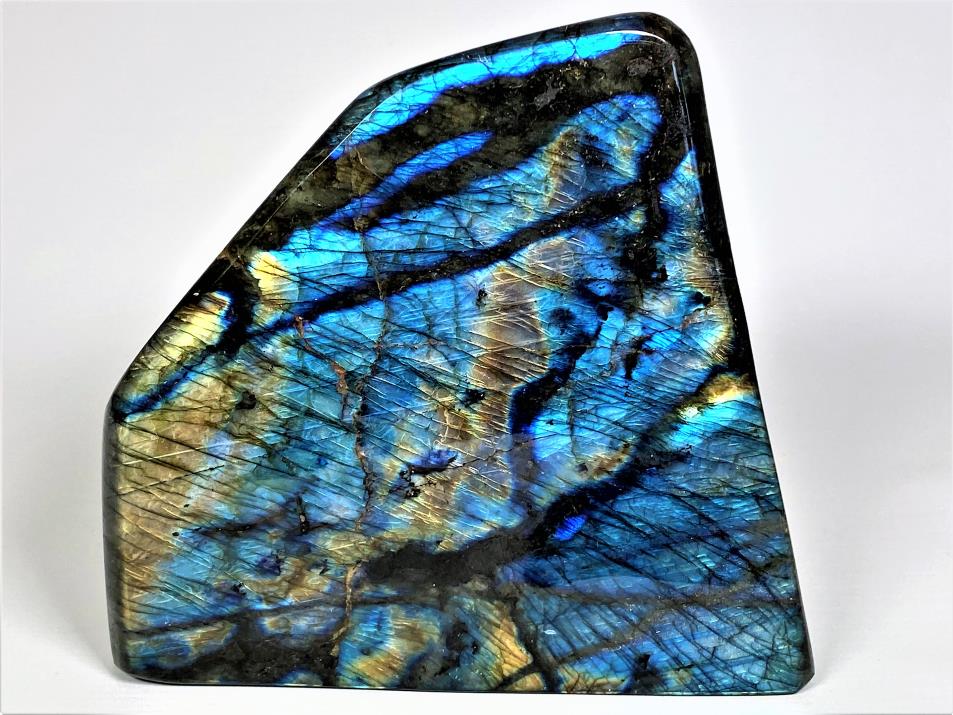 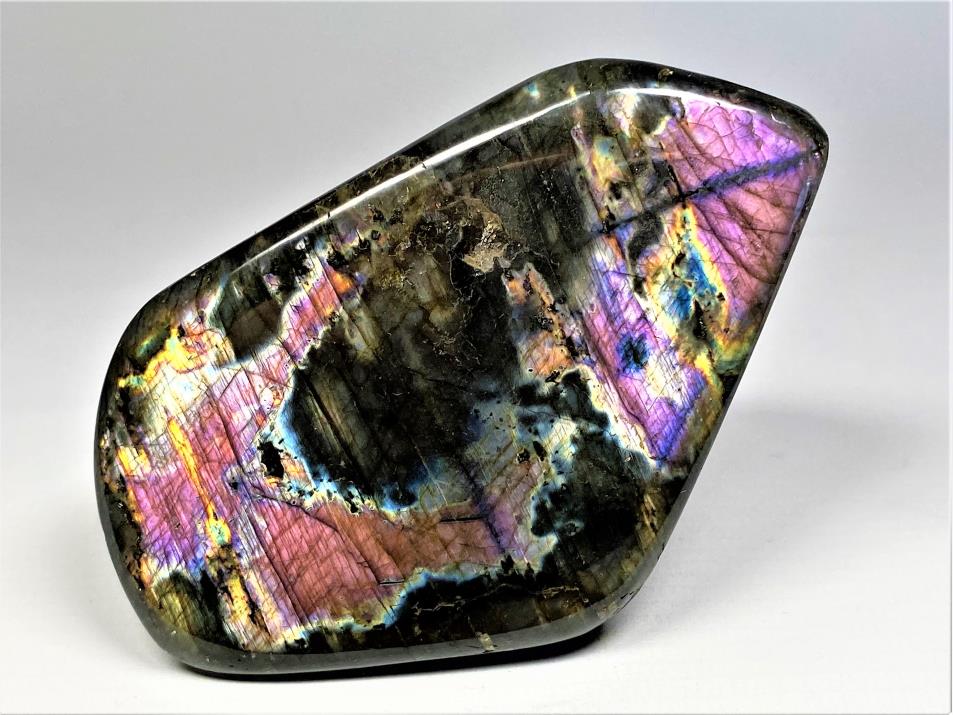 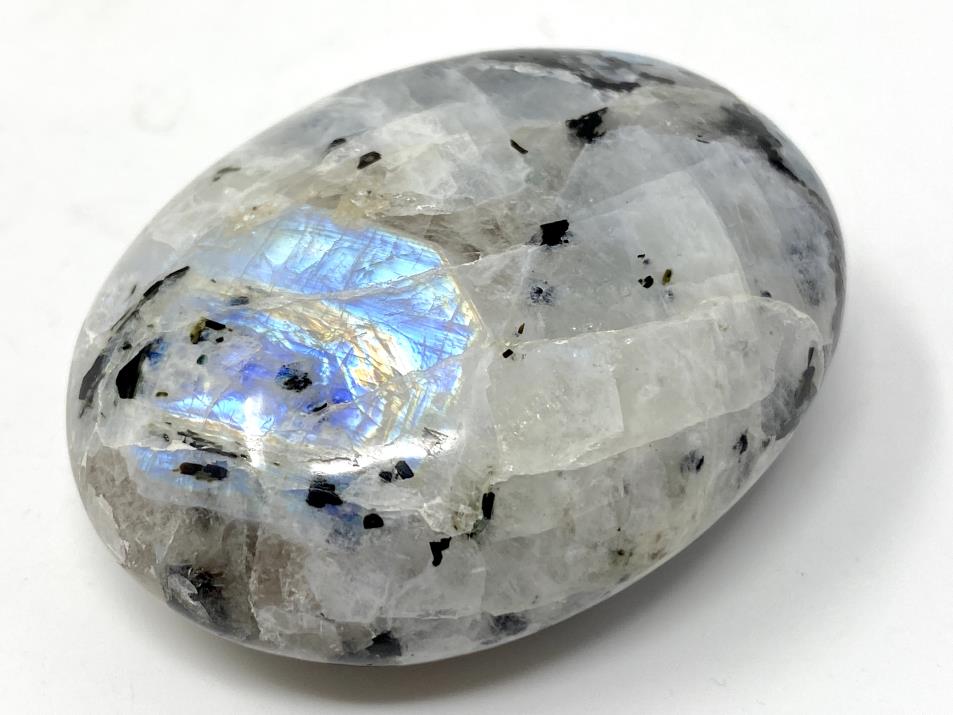 The inner glow characteristic of Moonstone is called adularescence. 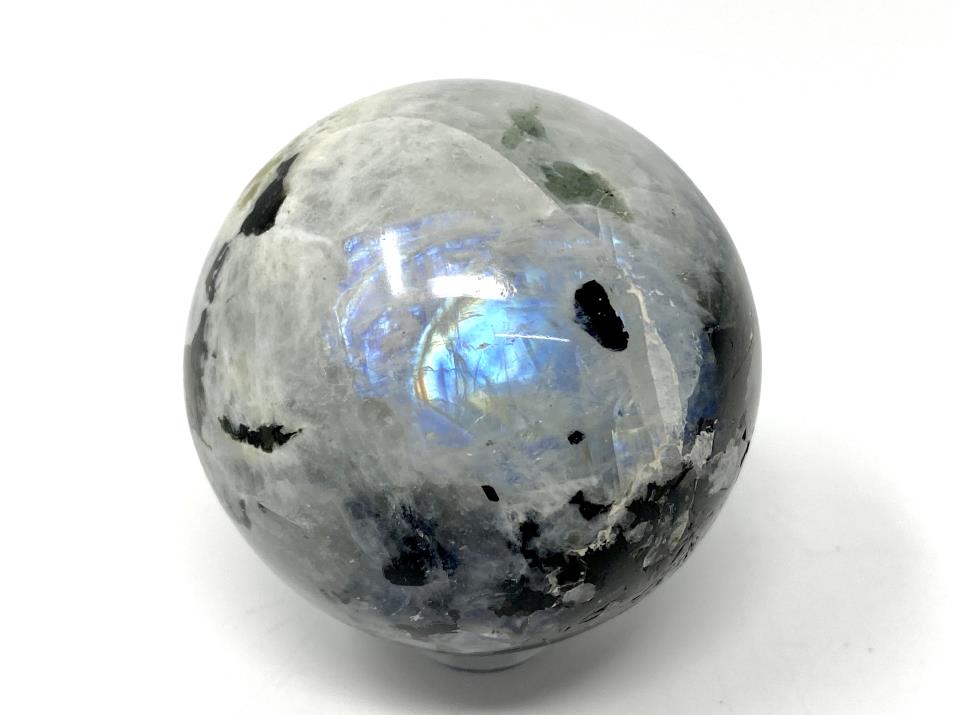 Rainbow Moonstone displays a striking rainbow shimmer due to its feldspar composition.

Rainbow Moonstone is technically a form of Labradorite, and is thus sometimes called White Labradorite: it displays a striking iridescent colour shift (labradorescence). 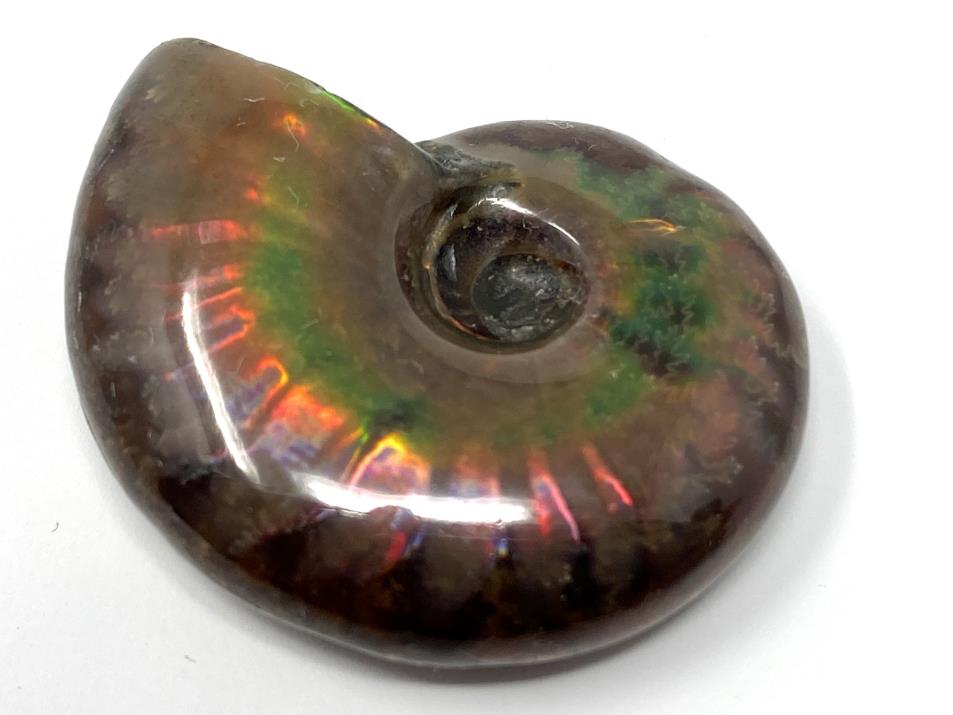 Iridescent ammonites are the perfect example of a rainbow fossil.

These rainbow ammonites display a natural iridescent shell, also called a nacreous shell because of its nacre content. 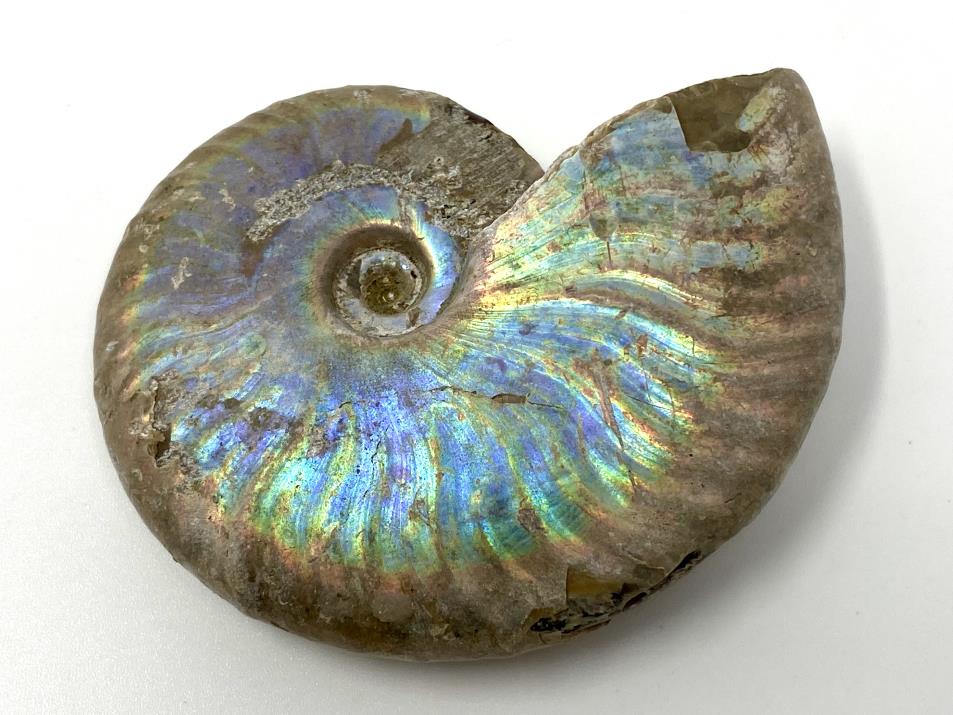 This nacreous shell, with its rainbow colours, is what is turned into gemstones such as Ammolite (which is sourced from red iridescent ammonites/ fire ammonites). 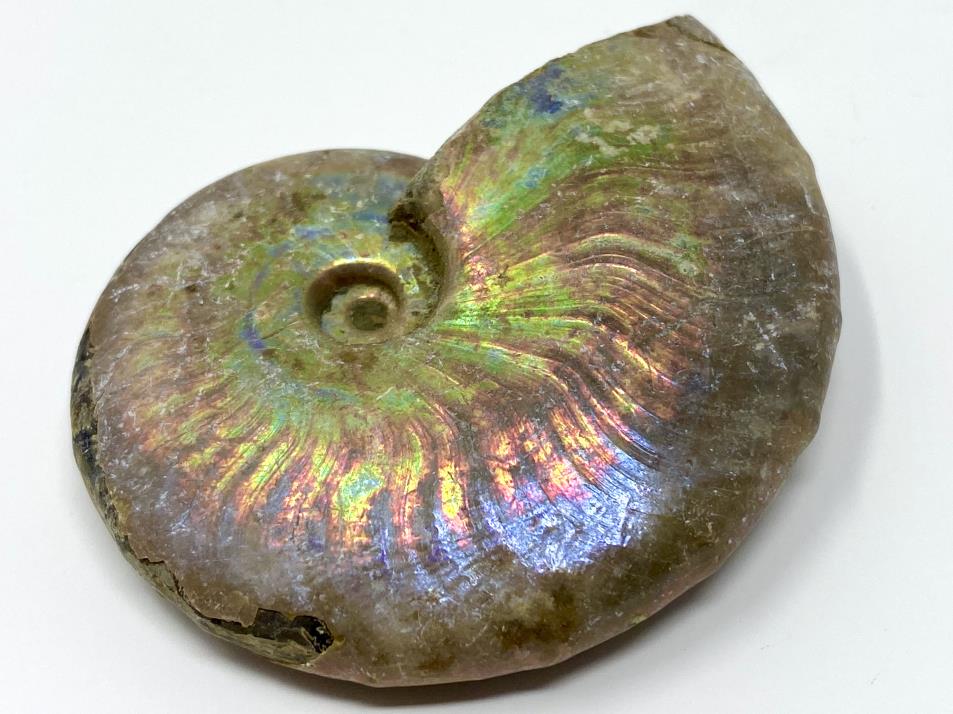 Thick layers of Aragonite typically leads to shades of red being observed, whilst thinner layers lead to shimmering greens. 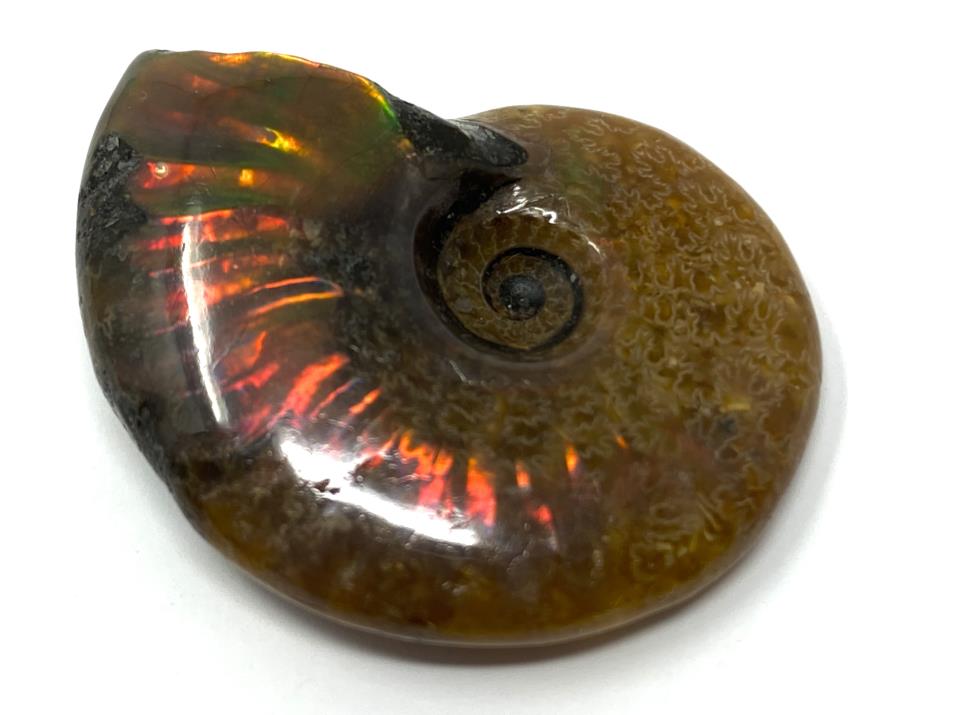 Why not add a rainbow crystal or rainbow fossil to your mineral collection now?

At Madagascan Direct, we have plenty of Rainbow Pyrite, Labradorite, Rainbow Moonstone, and Iridescent Ammonites ready to find a new home. 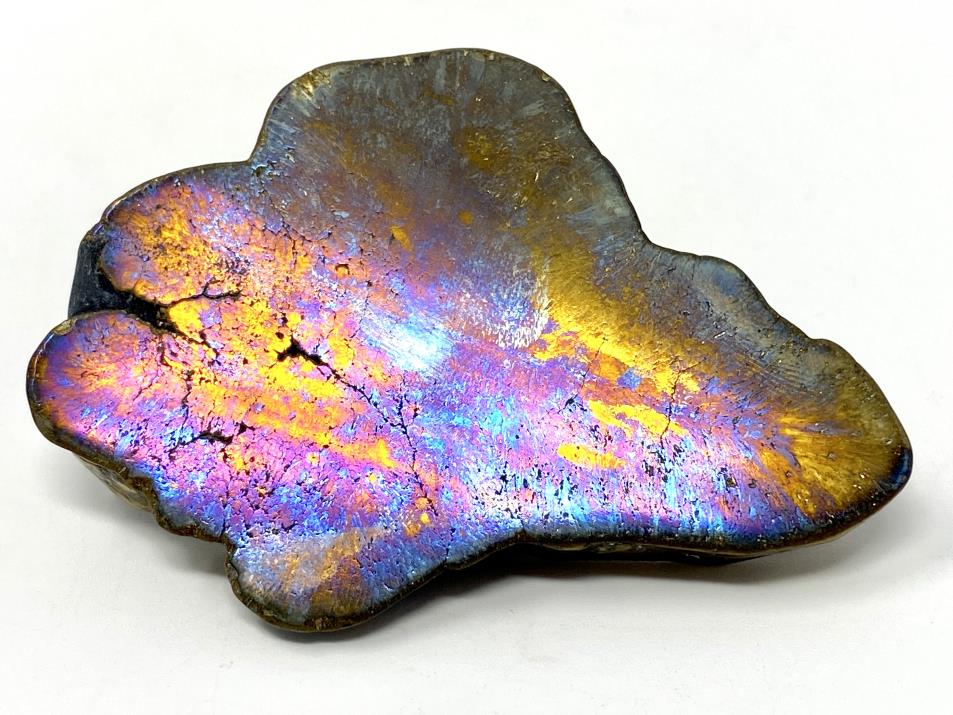