Let's take a look at the wonderful world of Nautilus fossils! 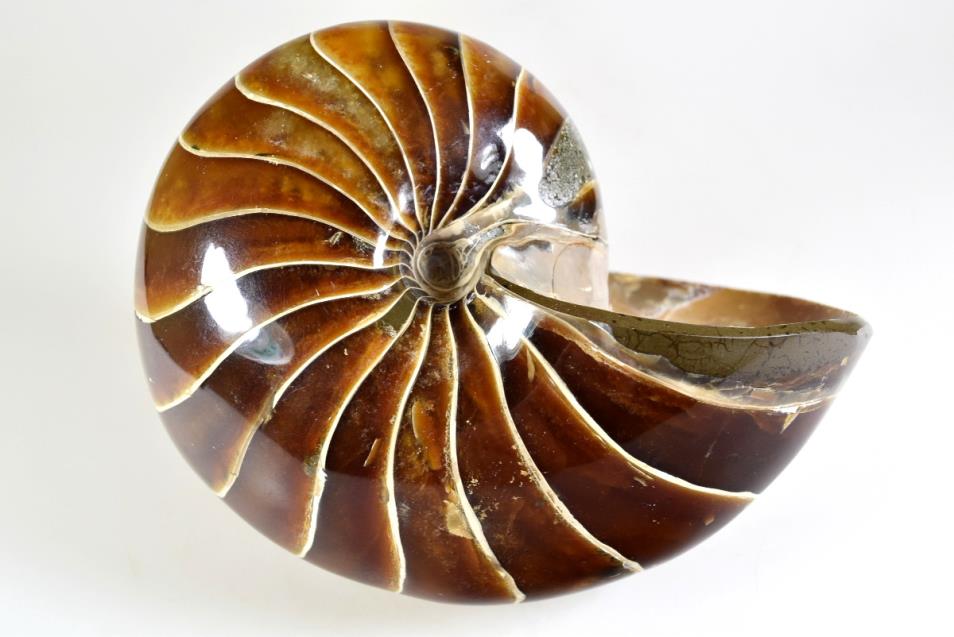 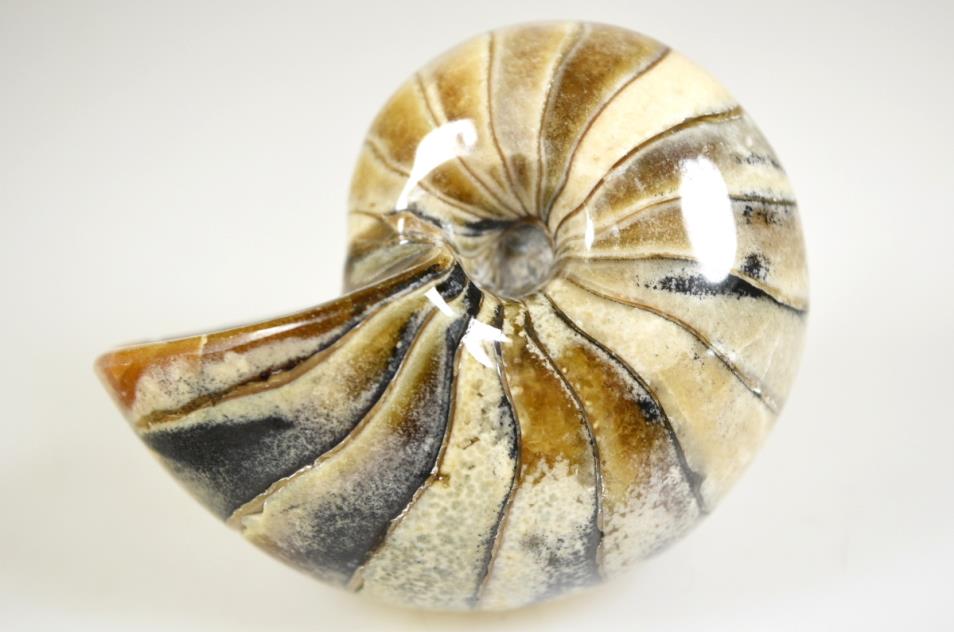 However, the earliest Nautilus fossils present in the fossil record date all the way back to the Late Triassic Period (over 200 million years old!). 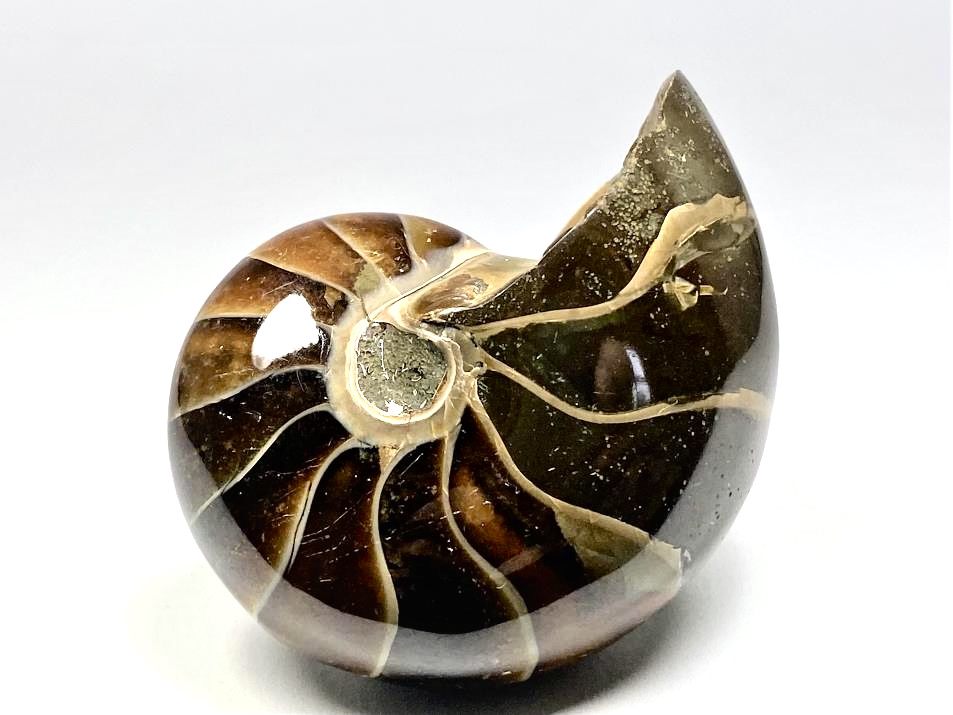 Over the last 500 million years, the evolution of Nautilus has been slow and minimal, meaning that Nautilus fossils are very similar to living Nautilus creatures.

Ammonites, another famous type of Cephalopod fossil, are completely extinct, so Nautilus are the only Cephalopods with an external shell that swim the seas in the modern world. 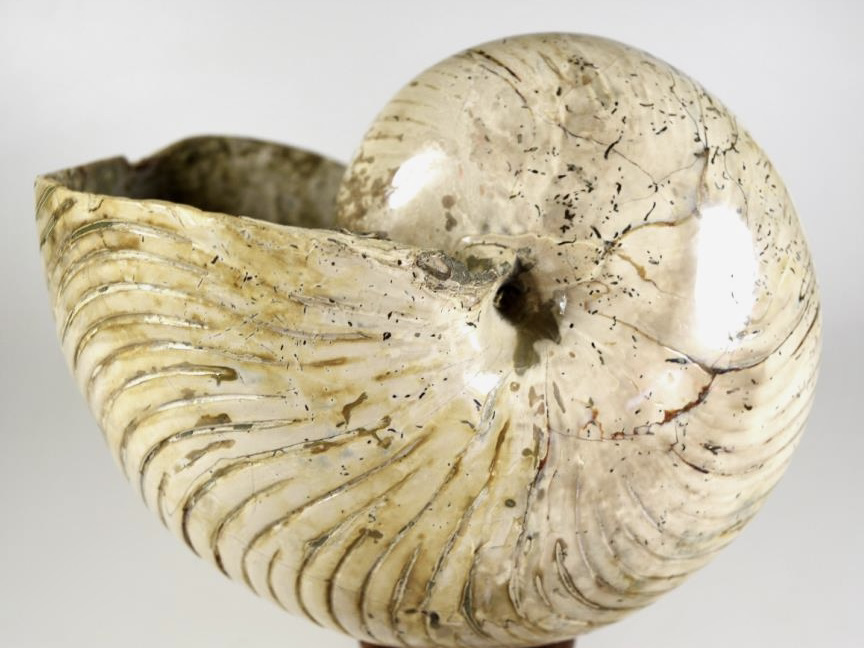 Where Do You Find Nautilus Fossils? 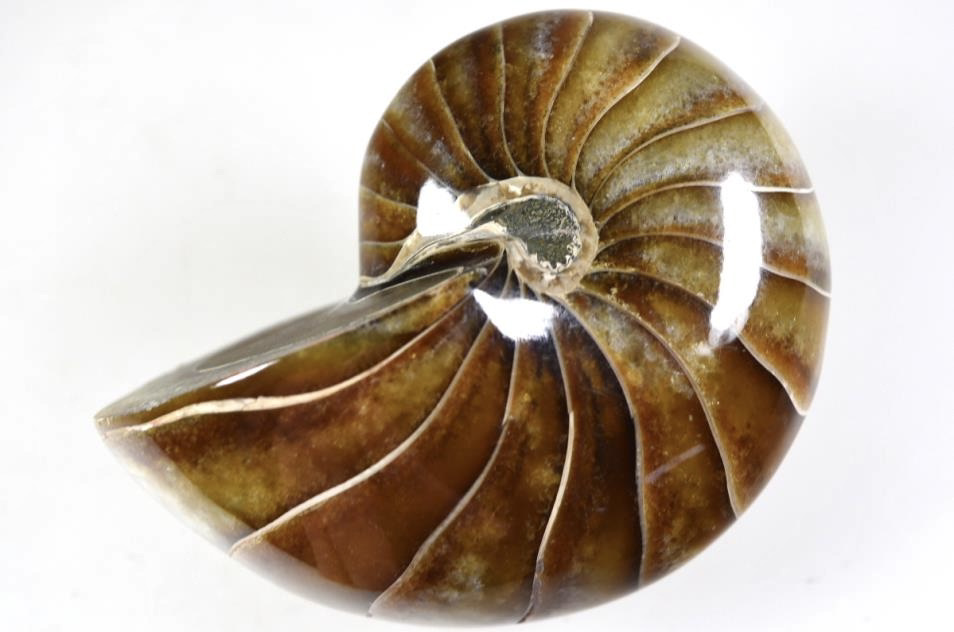 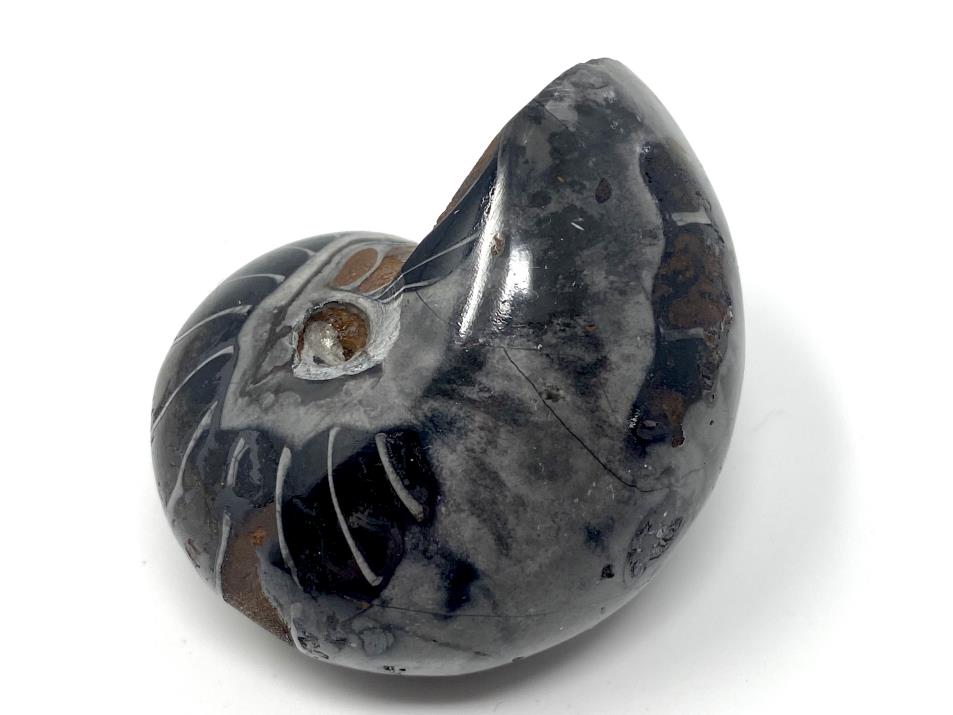 Some Nautilus fossils display striped black shells: these stunning black hues were caused by natural oil seeping into the shells, colouring the Calcite. 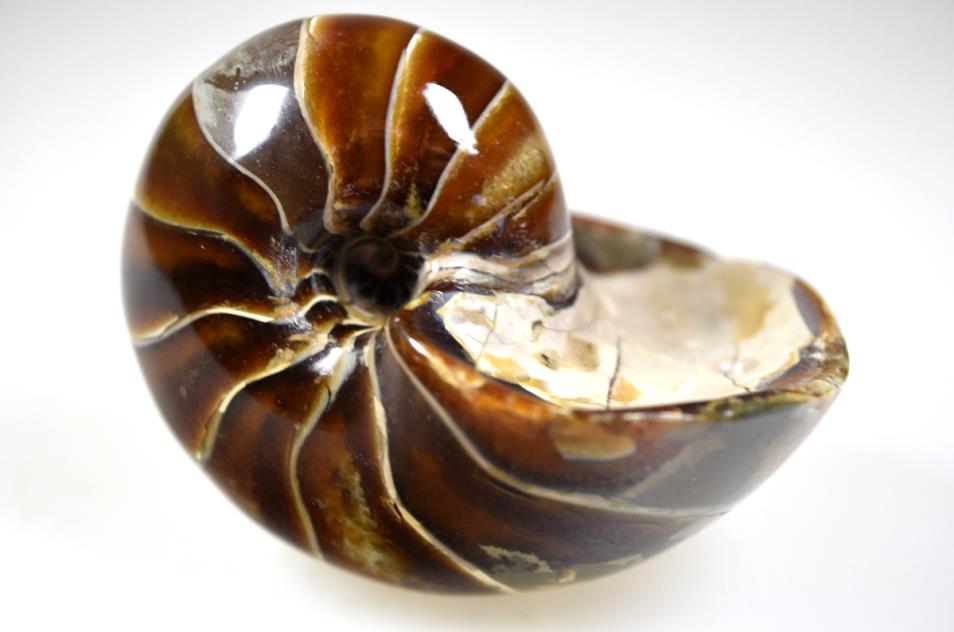 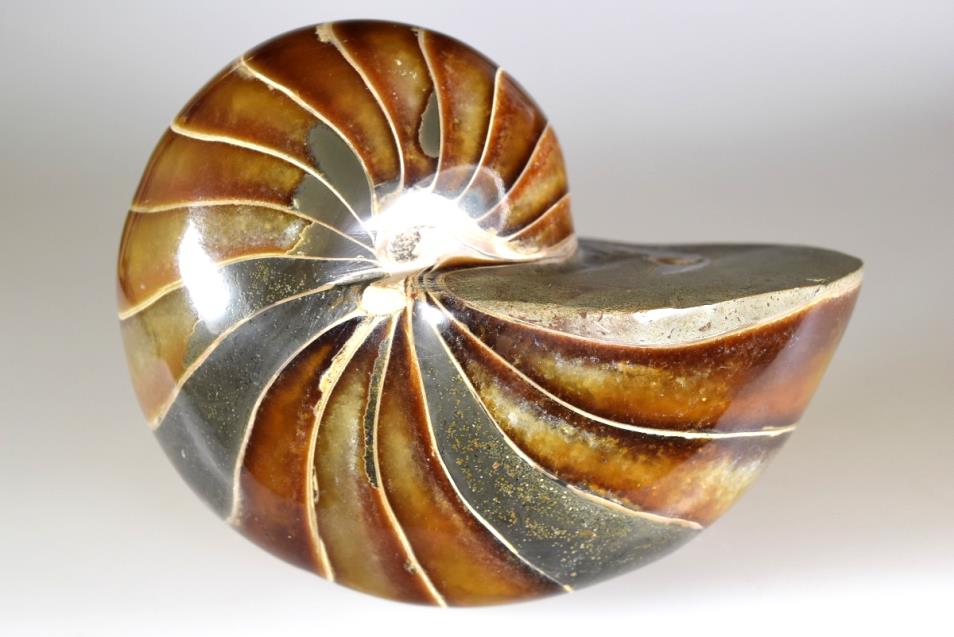 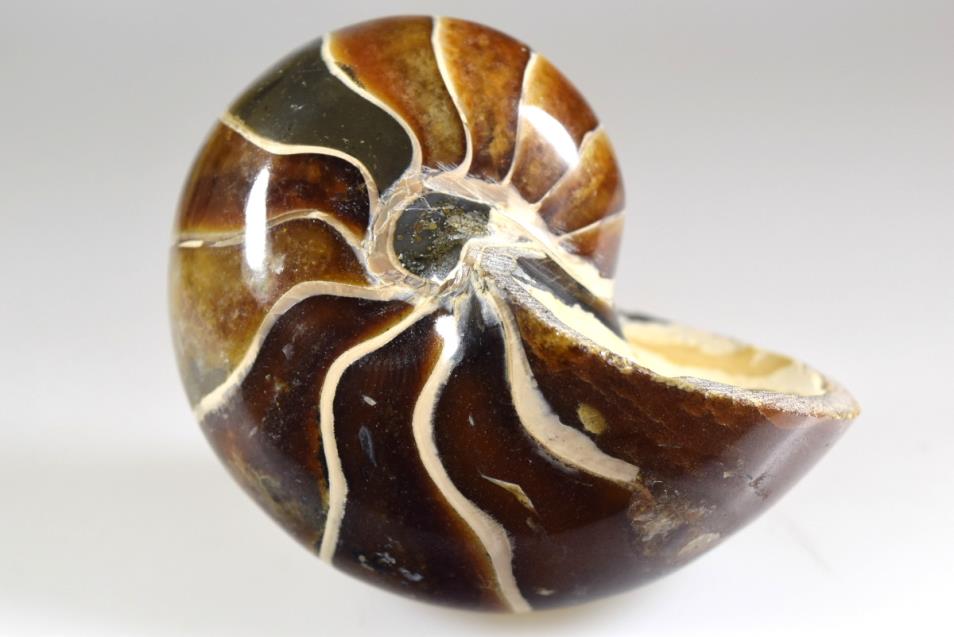 Compared to squid and octopus, Nautilus creatures have many more tentacles (more accurately known as cirri) which they use to ensnare their prey. 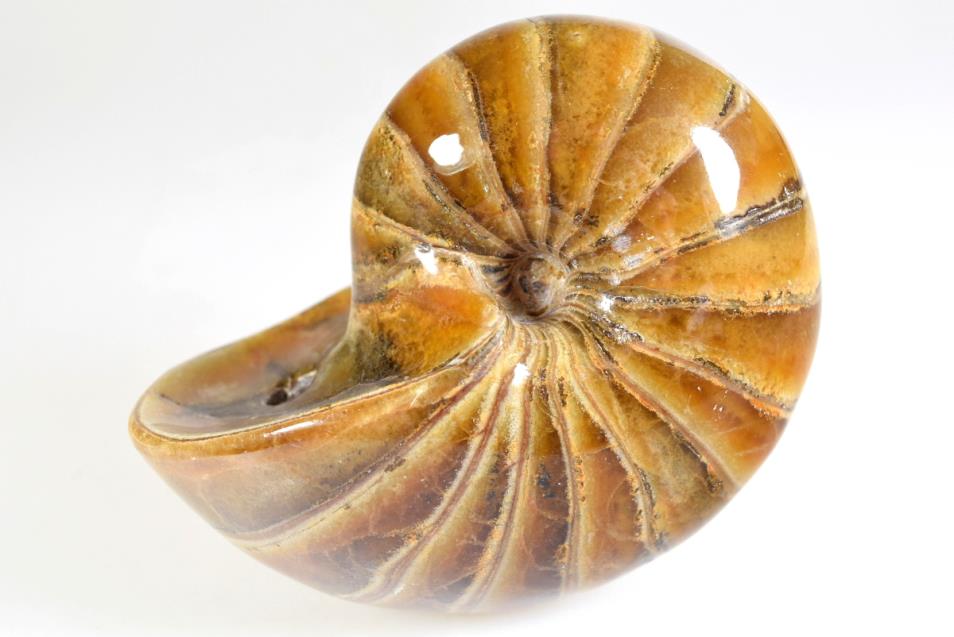 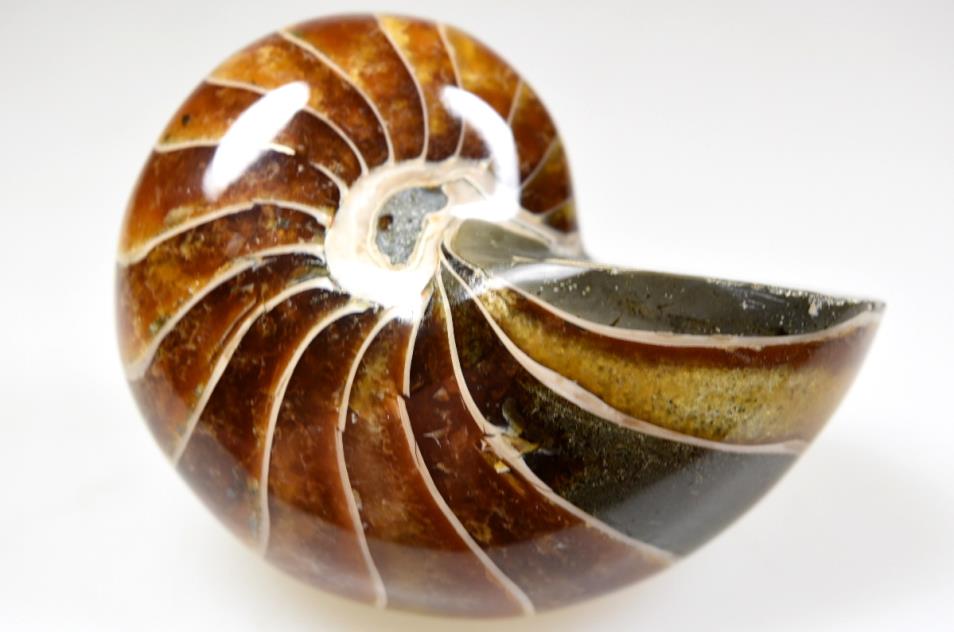 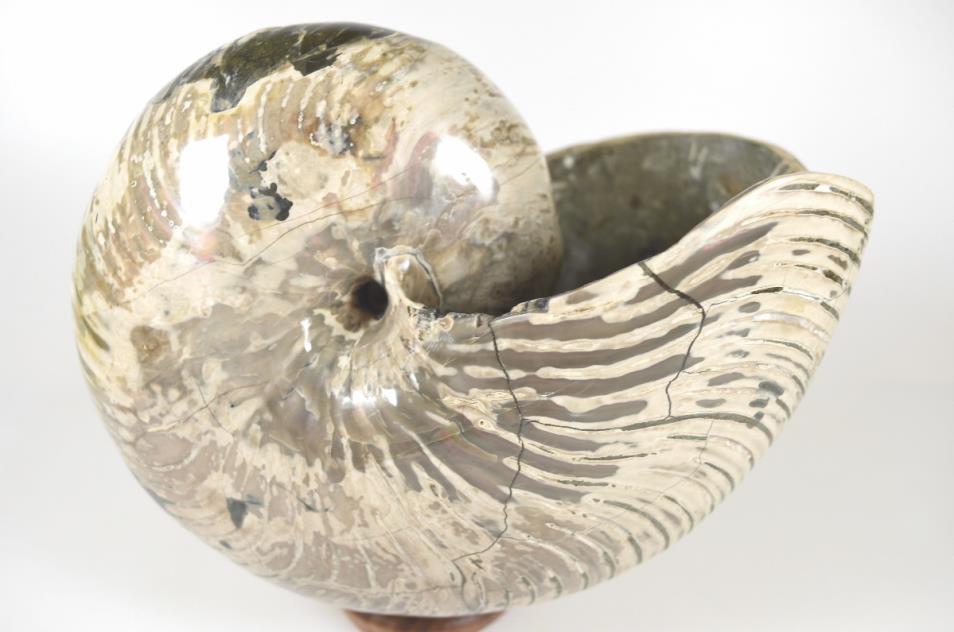 The Nautilus has been an important symbol in art and literature, with poetry and music inspired by its beautiful shell.

The Victorians particularly revered the Nautilus, and Nautilus shells were prized aspects of interior design. 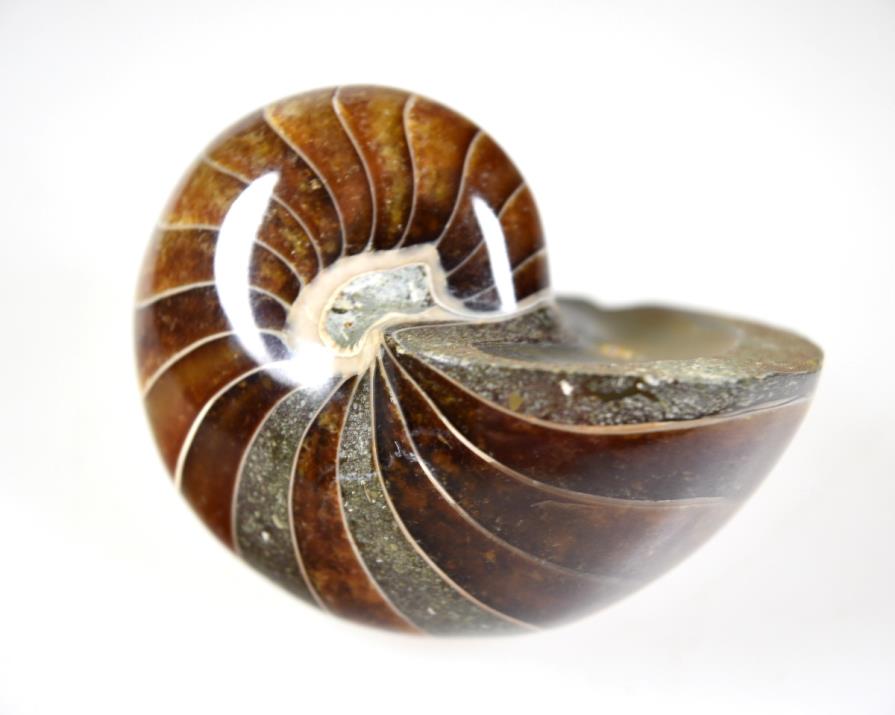