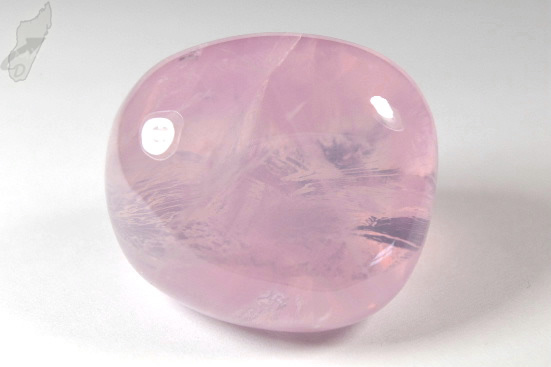 Due to its calming rosy pink colour, rose quartz has enjoyed enduring popularity throughout the centuries. Often referred to as a ‘love stone’, rose quartz is said to bring unconditional love, in any form, to those who own it; whether that be through family, friends or romance. Similarly, it is a centrepiece of feng shui as a healing stone for rocky romances or bad breakups. Rose quartz is also renowned as a stone of peace, and consequently it is reputed by many users to ease worry and stress. The soft, dream-like haze of this gem’s translucent surface reflects its soothing nature, which enables it to alleviate negative feelings. Its dreamy aesthetic also hints at another of its many powers; the ability to banish nightmares, and improve dream recall. This in turn is said to help with lucid dreaming.

Quartz’s name comes from the German language, however, the ancient Greeks referred to quartz with their word
for ‘ice cold’ because prominent thinkers of the time believed the mineral to have been created from ice. In reality, modern science has discovered that quartz is formed from silicon dioxide. Measuring 7 on the Mohs 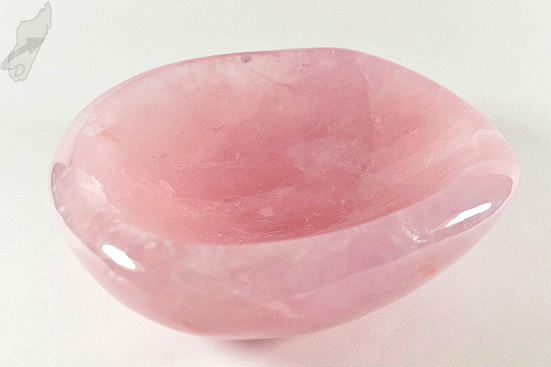 scale, rose quartz is a very hard mineral, and therefore it is difficult to damage. This makes it perfect for handling during healing sessions, and for general use and display. Its famous colour is understood to be caused by traces of titanium, iron and manganese within the microscopic crystal structure, or the presence of tiny fibres of pink dumortierite.

The rose quartz available from Madagascan Direct is mined and then carved into unique shapes by specialist lapidary workers. A natural gemstone, rose quartz is found deep within Madagascan pegmatites; beautiful igneous rocks created during the crystallisation of magma which are composed from a variety of unusual crystals. In Madagascar, rose quartz is sometimes discovered in gorgeous lavender hues, and rarely, in star rose quartz varieties. Star rose quartz is an asterism, where the angle of rutile needles inside the crystal cause 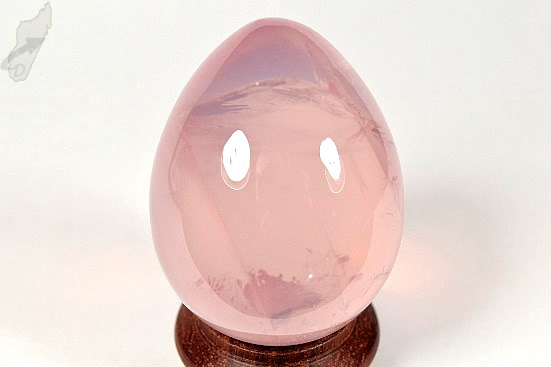 light to be reflected in a star shape. As a result of this incredible optical effect, star rose quartz is in very high demand.

At Madagascan Direct, we sell high grade rose quartz in a number of shapes, including eggs, spheres, and pebbles. Our skilled Madagascan artisans also carve the quartz into quirky flame shapes, which, like all of our pieces, are perfect for display purposes. Madagascan rose quartz is of the highest quality found in the world, and consequently is highly sought after. If you’d like to purchase some of our Madagascan rose quartz, which is hand polished to give the gem a fantastic finish, then please feel free to peruse our catalogue. You may also be interested in crystals related to rose quartz; for example, rose quartz is similar in appearance to pale amethyst, of which we have plenty available. Smoky quartz, with its classy muted tones, remains a popular addition to crystal collections, alongside natural citrine, a member of the quartz family and a
Madagascan speciality. All of these crystals have great attributes, and we hope you enjoy them.