In Greek mythology, celestite is said to originate from the Pleiades (otherwise known as The Seven Sisters), a 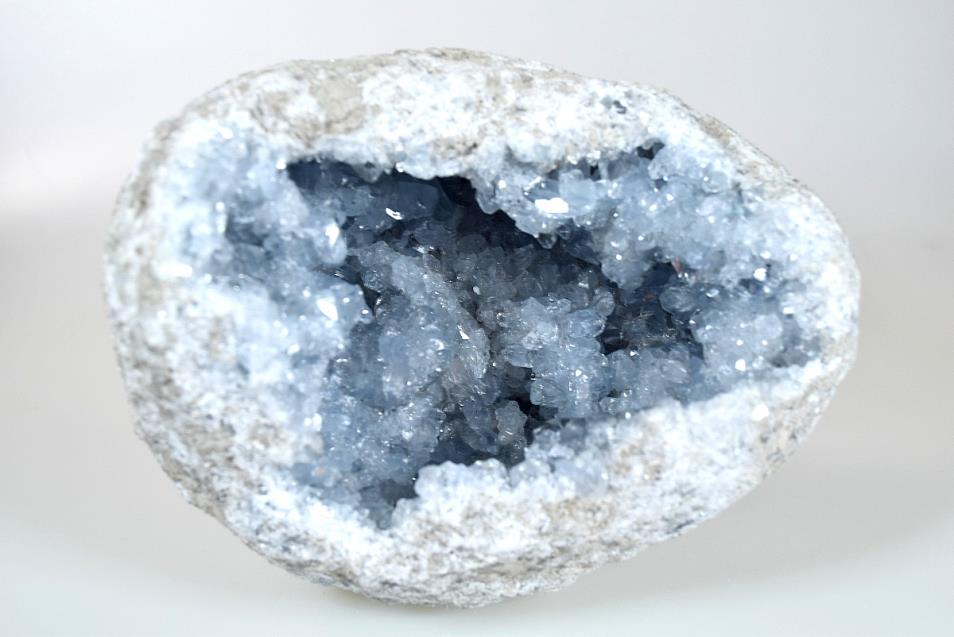 beautiful network of stars. Hunted by the god Orion, seven girls born to Atlas and Pleione fled from his advances, and in aid of their escape, were transformed into doves by Zeus. The doves flew into the heavens and formed this cluster of stars.

With its name stemming from the Latin word ‘caelestis’, meaning ‘of the sky’ or ‘of the heavens’,celestite is inevitably intertwined with concepts of God and Heaven. This is exemplified further by a different myth’s assertion that the mineral was created from the singing of angels. The rich myths surrounding celestite, its divine qualities, and its gorgeous colours have culminated in its enduring popularity. 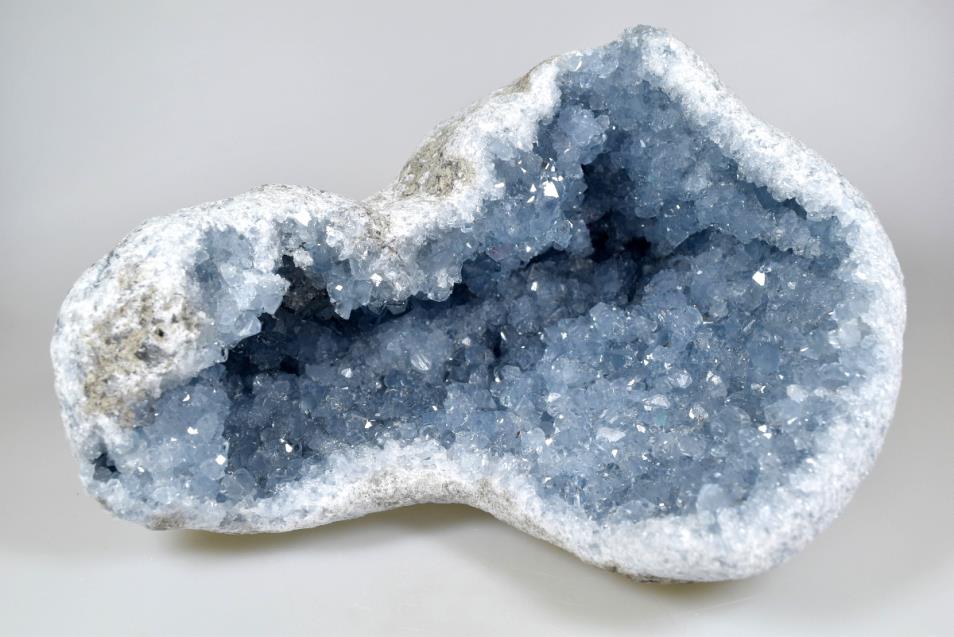 Celestite, also referred to as celestine, is formed in sedimentary rocks such as deposits of gypsum and halite, though it is also present in limestone and dolomite cavities. Discovered in 1791 by famous mineralogist Abraham Gottlob Werner in Pennsylvania (where it is the official state mineral), celestite is also found in Madagascar in geodes and beds. Madagascan celestite is in high demand, for it is celestite from this location that’s renowned throughout the world. Madagascan Direct has a variety of high quality Madagascan pieces available for your perusal and purchase; you might enjoy looking through our catalogue if celestite interests you.

Measuring 3 to 3.5 on the Mohs scale, Celestine is a soft strontium sulfate mineral, part of the Baryte group. It has an orthorhombic crystal form, and can consist of tabular or prismatic crystals. Interestingly, celestite crystals 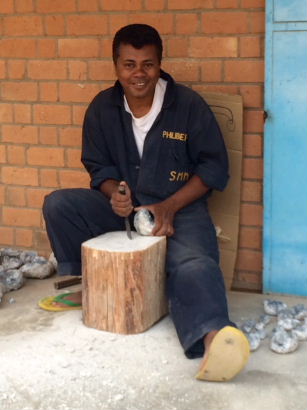 form the skeleton of Acantharea, a subset of radiolarian protozoa (unicellular eukaryotic organisms that are famous for their animalistic behaviour). Celestite is not only a geological and spiritual wonder, but a biological one, for it forms life on Earth.

Celestite is famous for its colour, an ethereal shade of sky blue which is created by traces of gold within the crystal’s matrix in combination with natural processes of irradiation. The lustre of the crystal is vitreous (like glass), and it can be either transparent or translucent. At Madagascan Direct, we sell celestite in a variety of shapes; mainly geodes and flat beds, though on occasion our skilled Madagascan lapidary workers carve the crystal into spheres and eggs. Our pieces are well suited to display, and are a great asset to successful interior design.

This mineral is great for décor, but it also has other uses. It is said to have many healing properties, including

powers of relaxation, which make it perfect for meditation. As its label ‘Stone of Heaven’ suggests, many believe celestite has the ability to enable divine connection, particularly communication with angels. By placing the 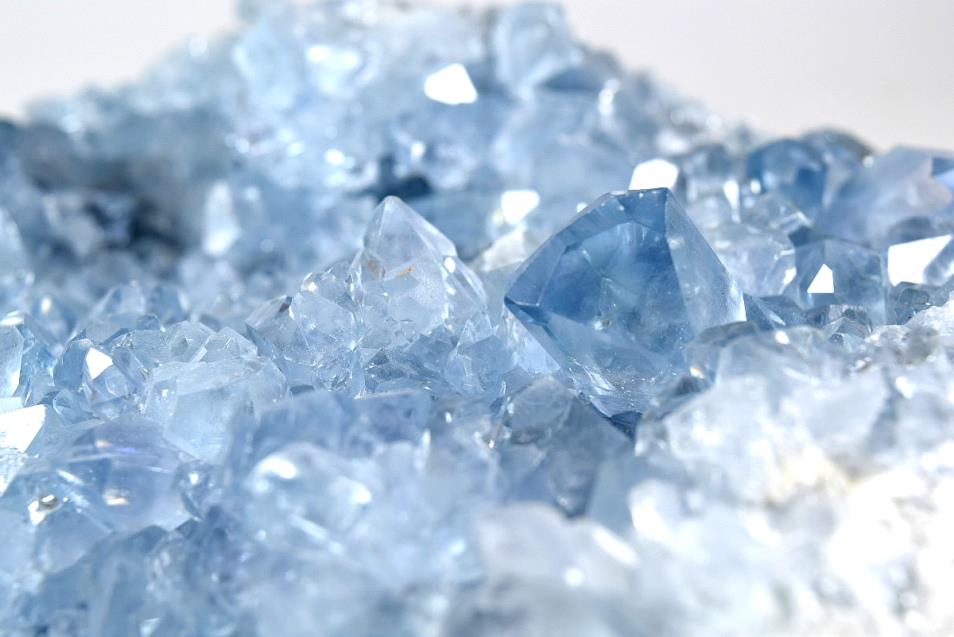 crystal beside you as you sleep, many people attest that you can reduce nightmares and achieve greater dream recall and clarity: celestite is alleged to aid both lucid dreaming and astral projection. With regards to psychic powers, celestite is associated with clairvoyancy.

Our advice is to take good care of your celestite by keeping it out of the Sun, as sunlight can fade its lovely bluish-white hue. Thank you for reading, and if you’d like to learn more about the celestite we have available, or crystals similar to celestite, please feel free to look around Madagascan Direct’s website.