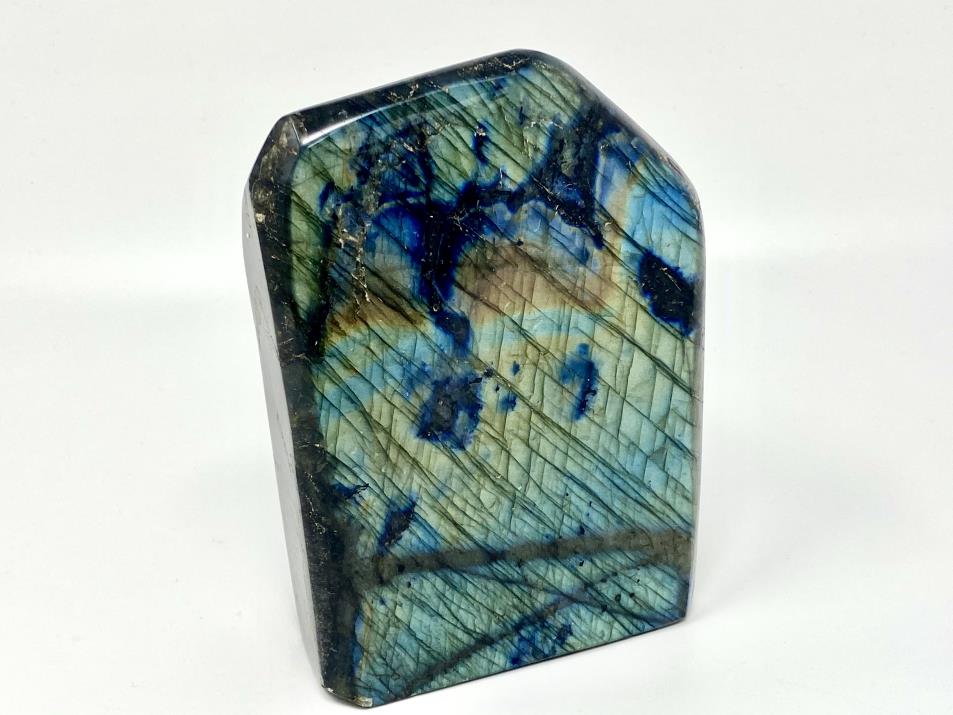 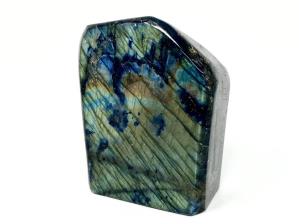 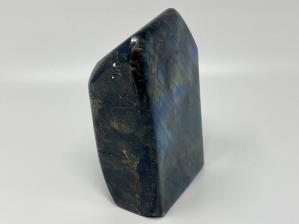 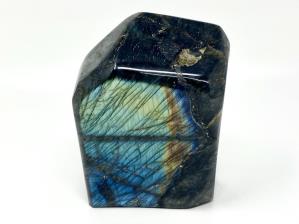 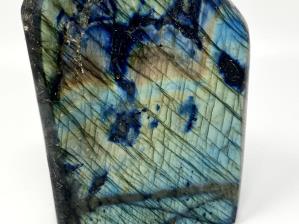 Measuring a marvellous 14.6cm tall, this stunning large stone has been cut by artisans into a striking Labradorite freeform shape.

This Labradorite Freeshape displays iridescent gold and blue colours shining from within the stone. Upon exposure to light, the gem shimmers and shines in a glorious array of colours.