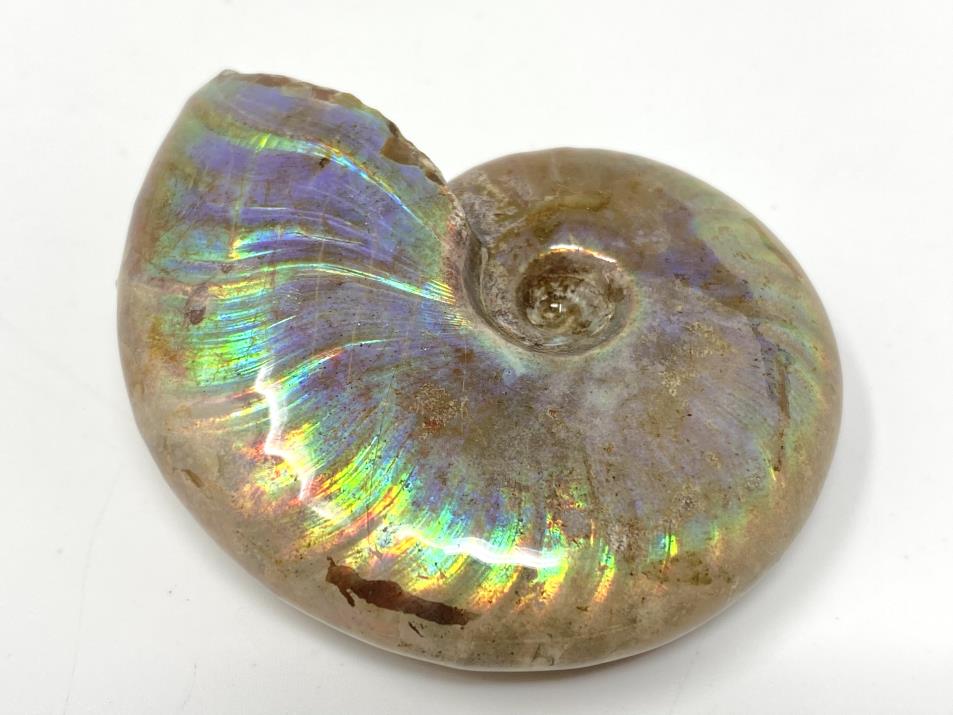 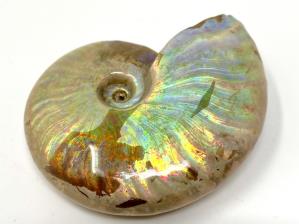 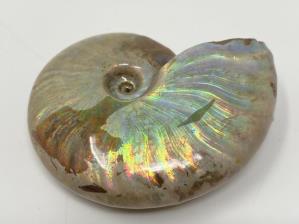 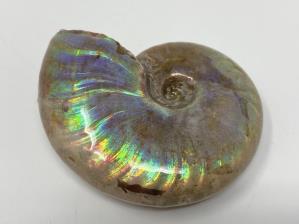 This ammonite, measuring 5.3cm wide at its widest point, is a very well preserved fossil and exhibits dazzling flashes of iridescent reds, blues, and greens.

Gem ammonites such as this iridescent ammonite are called biogenic gemstones (the only other gems of this type are pearl and amber) because they are formed from the fossilised organic material of once living creatures.