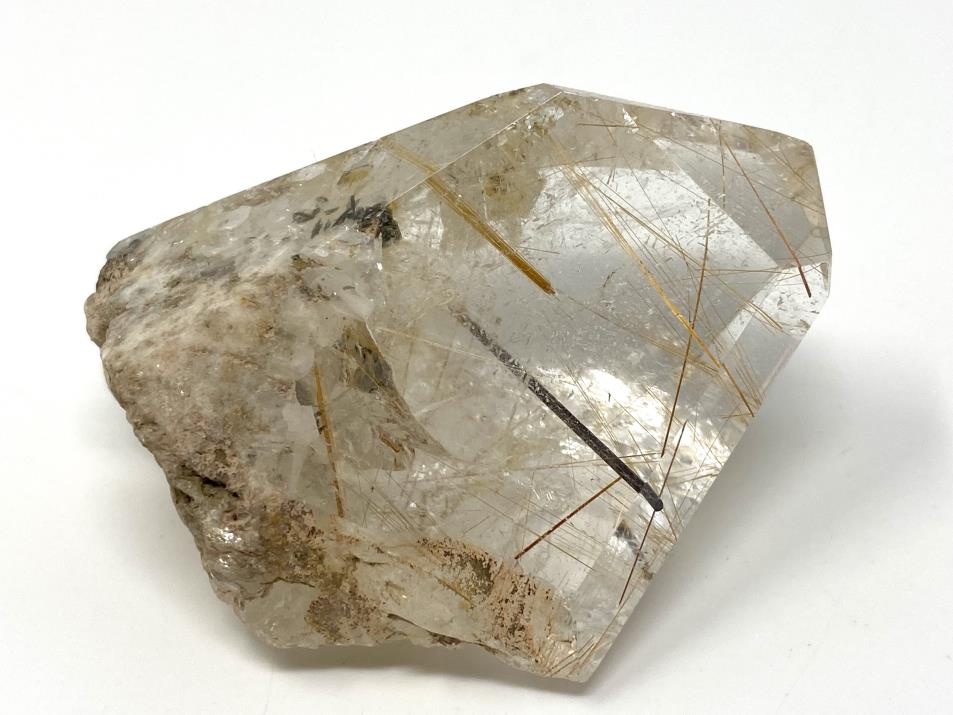 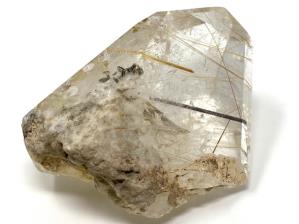 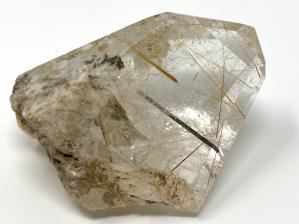 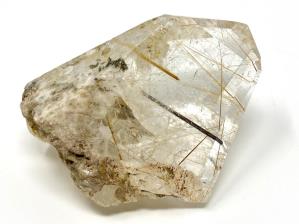 This included quartz point measuring a staggering 6.6cm long is extraordinarily bright and vibrant, and displays intriguing patterns and inclusions.

The polished stone demonstrates a sharp point at its tip and a rough natural crystal base.

In this specific gem, there are some magnificent copper coloured needles and some striking black needles. Each copper rutile needle and black rutile needle is shiny and vibrant.

High iron content in rutile needles leads to golden, orange, and red shades, like the hues observed in this piece.

Rutilated Quartz is found in Titanium ores all over the world, but the main sources are currently located in Madagascar and Brazil.

Black rutile needle inclusions, like those found in this particular gem, are said to aid intuition and understanding.

This splendidly tactile Rutilated Quartz piece is ideal for a collector or a healer, or as a gorgeous display piece in the home.