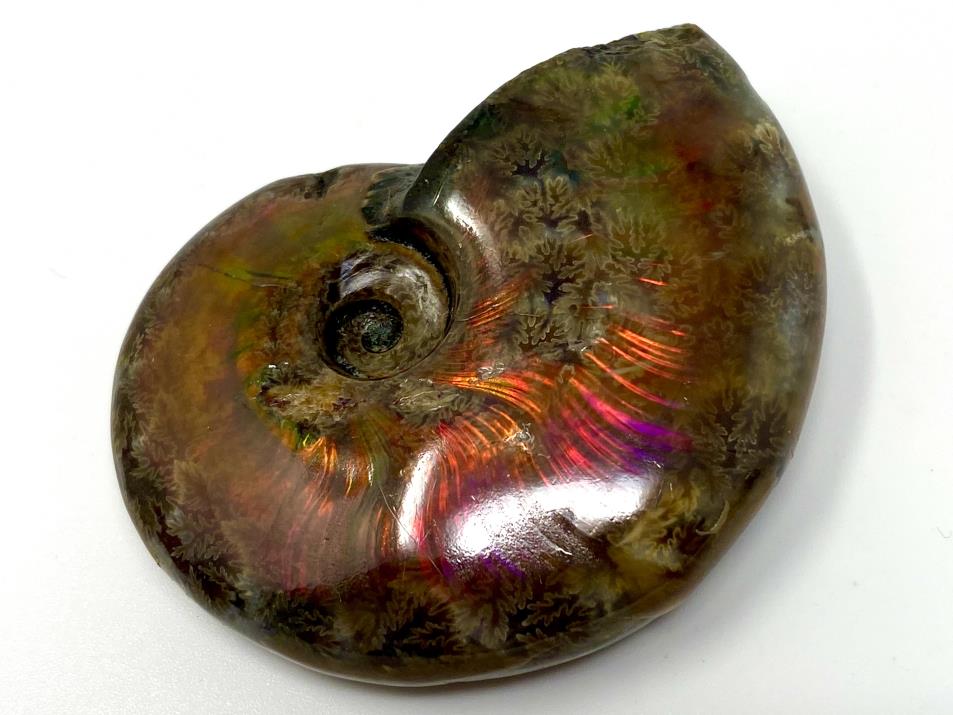 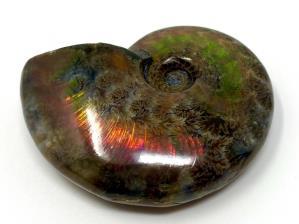 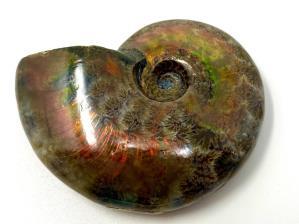 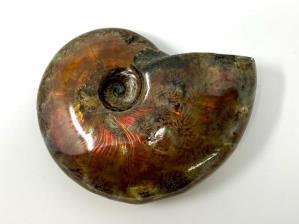 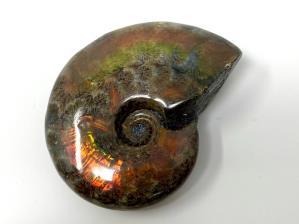 This gorgeous ammonite, measuring 5.8cm wide at its widest point, is a very well preserved fossil and exhibits a dazzling red iridescent colour with stunning flashes of green.

How Old Are Ammonite Fossils?

How Were The Ammonites Fossilised?

What Are Ammonites Made Of?

What Makes The Ammonites Iridescent?