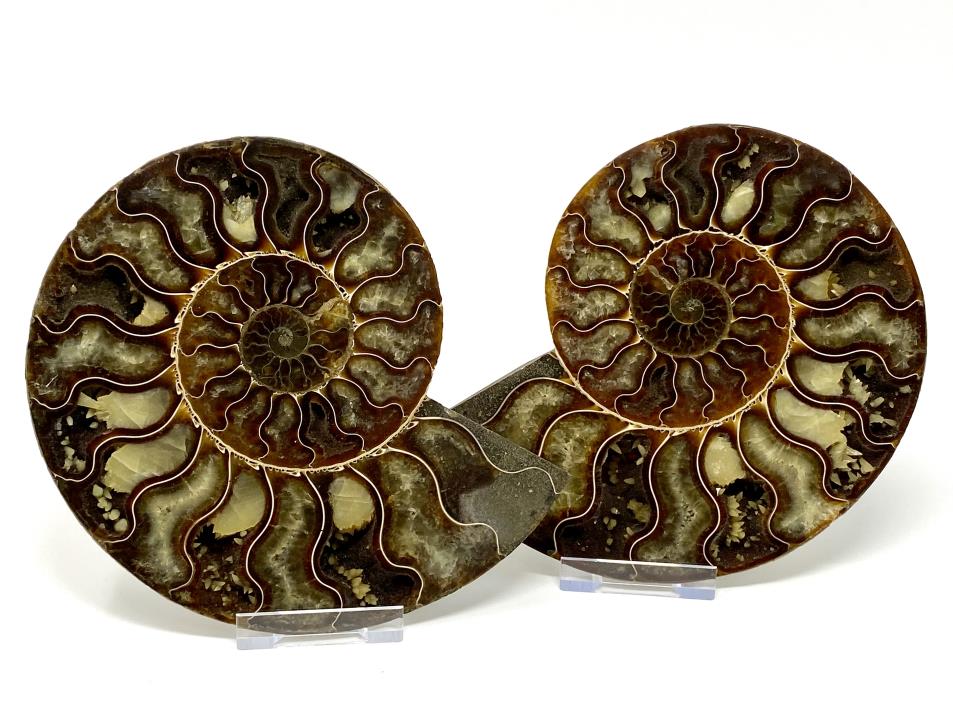 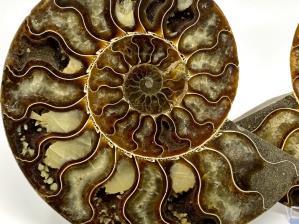 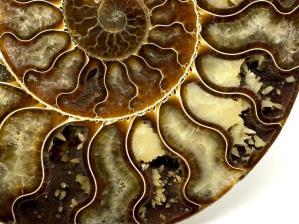 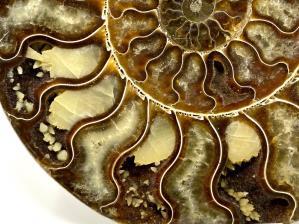 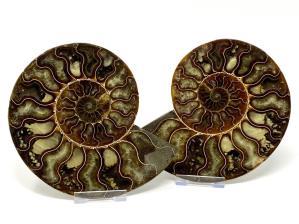 Large Ammonite Pair, fossil for sale from Madagascar. This large high-grade Ammonite Pair is 18.7cm at its widest measurement, and consists of an Ammonite cut and polished to create a striking pair. Both of the pieces display a rough natural surface on one side, and a highly polished surface on the other, which reveals deep caramel, chocolate-brown and yellow tones and gorgeous cream-coloured internal calcite chambers.

Displaying fascinating swirling patterns, this fossil's colours were caused by calcite minerals replacing the original organic material present in the Ammonite creature during its decay. This piece also displays some small pointed crystals in its chambers which have the appearance of little spikes (this is known as Dogtooth Calcite).

Originally found in the jungles of Mahajanga on the North West Coast of Madagascar, this Ammonite dates from the Cretaceous Period and is 120 million years old. The Ammonite, of the Cleoniceras species, was specially selected for its quality. This stunning fossilised Ammonite Pair comes complete with display stands.