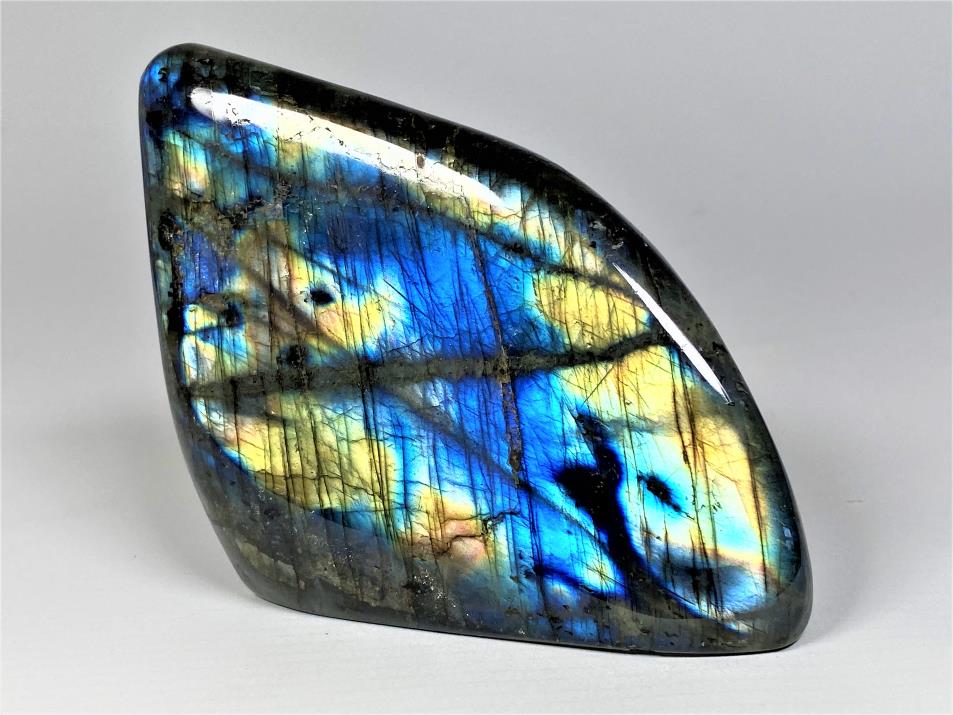 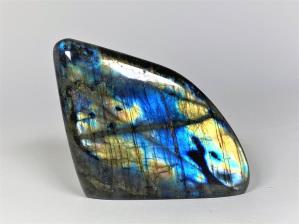 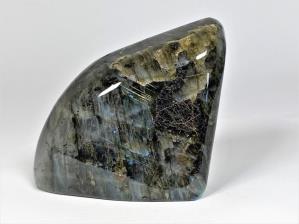 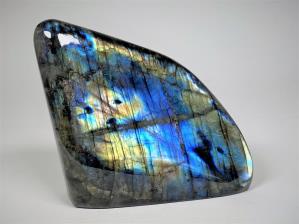 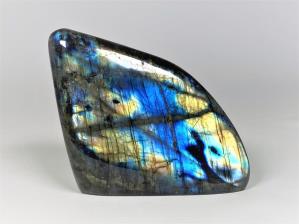 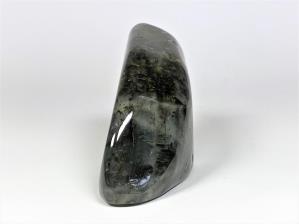 Labradorite Freeform Shape, crystal for sale from Madagascar. This stunning 8.5cm Labradorite Freeform displays iridescent gold and blue colours shining from within the stone. This particular piece is very wide and sloping, with a smooth curve to its shape on one side. Labradorite showcases a unique effect called labradorescence (also known as the Schiller Effect), which is the stone's famous property. When exposed to the light, the gem becomes a shimmering tapestry of colour. The natives of Paul's Island off the coast of Labrador have told the story of Labradorite for generations. The tale recounts the story of a legendary Inuit warrior who discovered that the Aurora Borealis had been stolen from the sky and imprisoned in the Labradorite gem. Legend says that he smashed the stone with his spear, returning the Northern Lights to their home, but some light remained eternally encased in the crystal. As legend has it, this is how the phenomenon of labradoresence came to be. Hand selected by ourselves in Madagascar, this freeform is of the highest grade and its stunning effects will enchant you.