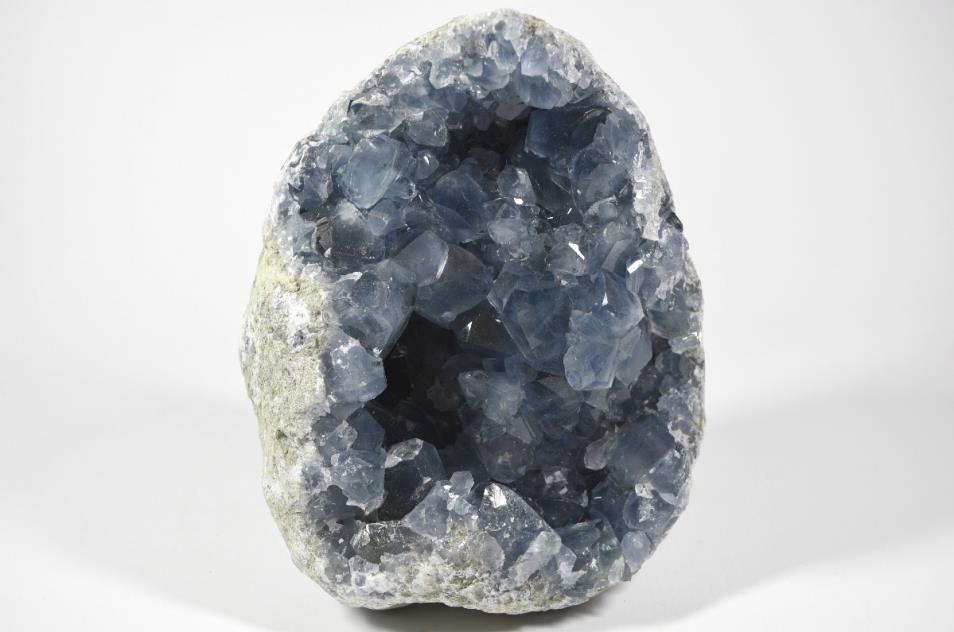 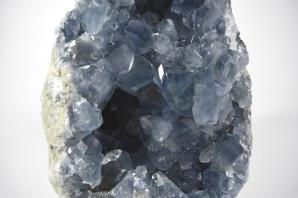 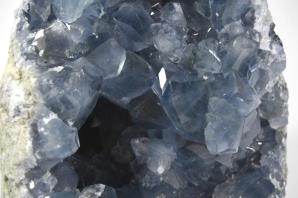 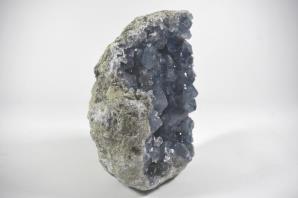 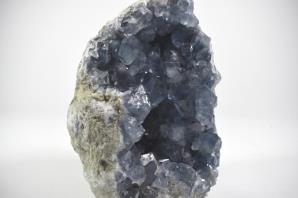 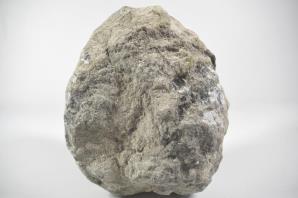 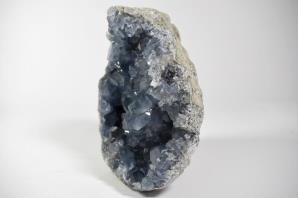 Celestite Geode, crystal for sale from Madagascar. This incredible 4.08kg large Celestite Geode displays striking sparkling blue colour and has a fabulous lustre with an excellent crystal structure. Celestite, also referred to as celestine, is formed in sedimentary rocks such as deposits of gypsum and halite, though it is also present in limestone and dolomite cavities. Discovered in 1791 by famous mineralogist Abraham Gottlob Werner in Pennsylvania (where it is the official state mineral), celestite is also found in Madagascar in geodes and beds. Madagascan celestite is in high demand, for it is celestite from this location that’s renowned throughout the world.