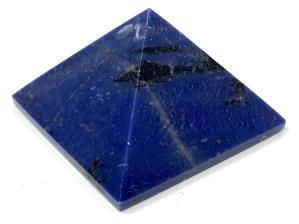 This gorgeous Sodalite Pyramid displays a 5.7cm wide square base and a striking royal-blue hue with Black Tourmaline inclusions.