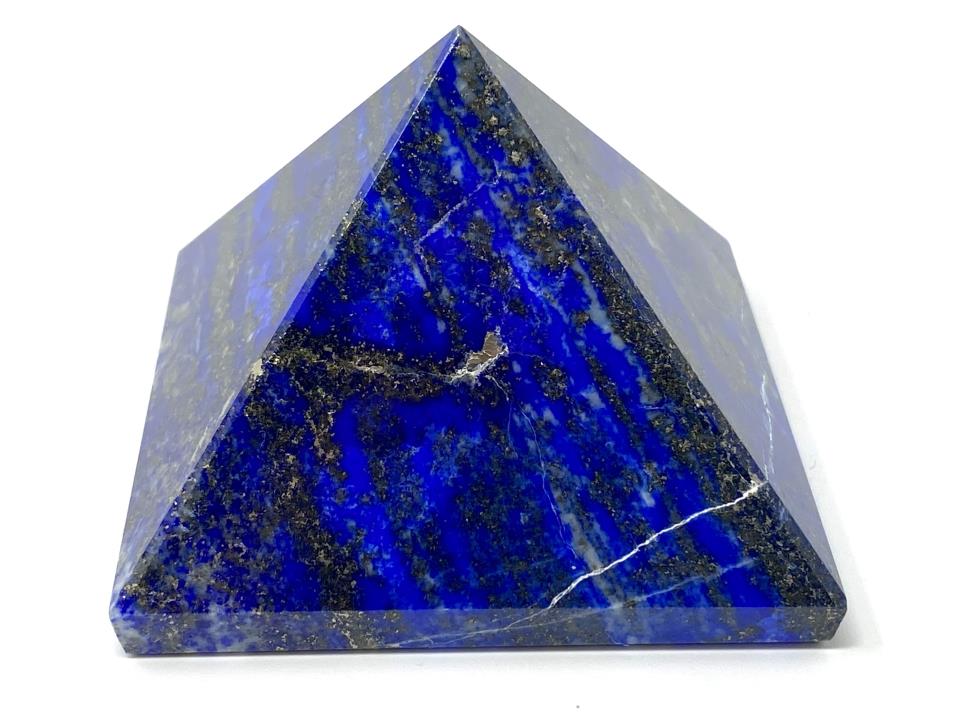 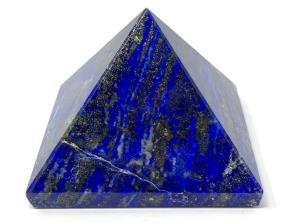 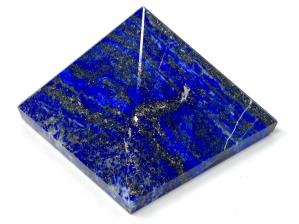 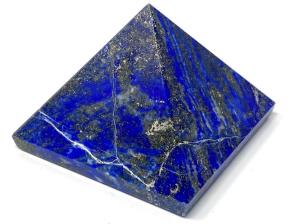 This gorgeous Lapis Lazuli Pyramid displays a 6.3cm wide square base and displays the beautiful deep blue colouring for which Lapis Lazuli is famed for.

This piece has been cut from rough material into a beautiful pyramid shape, and is is incredibly bright and smooth due to its careful polish.

The high-quality finish enhances the gorgeous white flecks and royal, shimmering flakes of gold that adorn this celestial blue gemstone base in a vibrant display of colour.

This Lapis Lazuli Pyramid would make a wonderful gift for history lovers, crystal healers, or for those who simply love the appearance of this electrifying crystal.