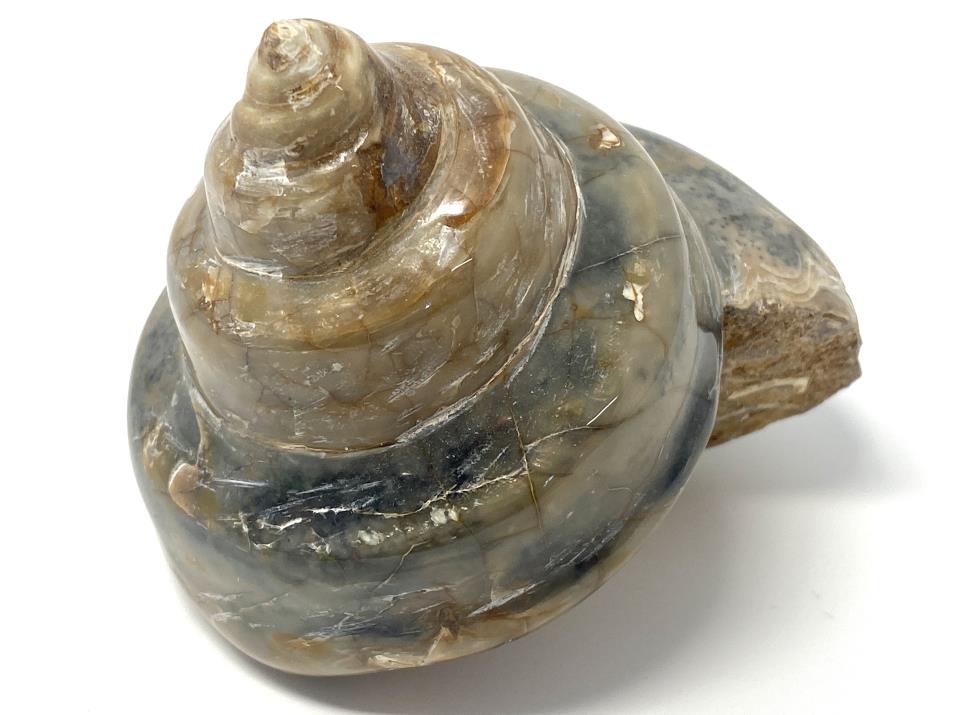 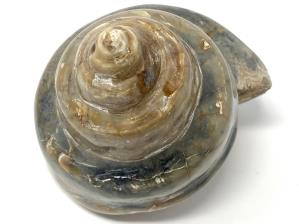 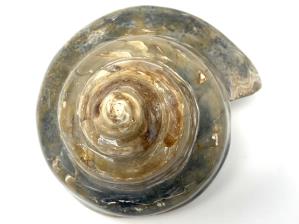 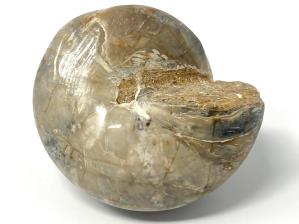 This gorgeous Gastropod Fossil measuring 8.7cm tall dates back to the Jurassic Period at approximately 163 million years old, and was sourced from the Tulear region of Madagascar.

A striking shell fossil, this grey and brown fossil has been carefully polished to preserve its intricately coiled shell.

Gastropod fossils are commonly referred to as snail fossils.

What Is A Gastropod?

A gastropod is a type of mollusc: in fact the gastropod group is the largest class of molluscs.

Other mollusc groups include bivalves, as well as cephalopods, a group which encompasses ammonites and nautilus.

Gastropods include garden snails, and marine snails such as periwinkles and limpets.

Gastropod fossils, or snail fossils, are famed for their stunningly preserved coiled shells.