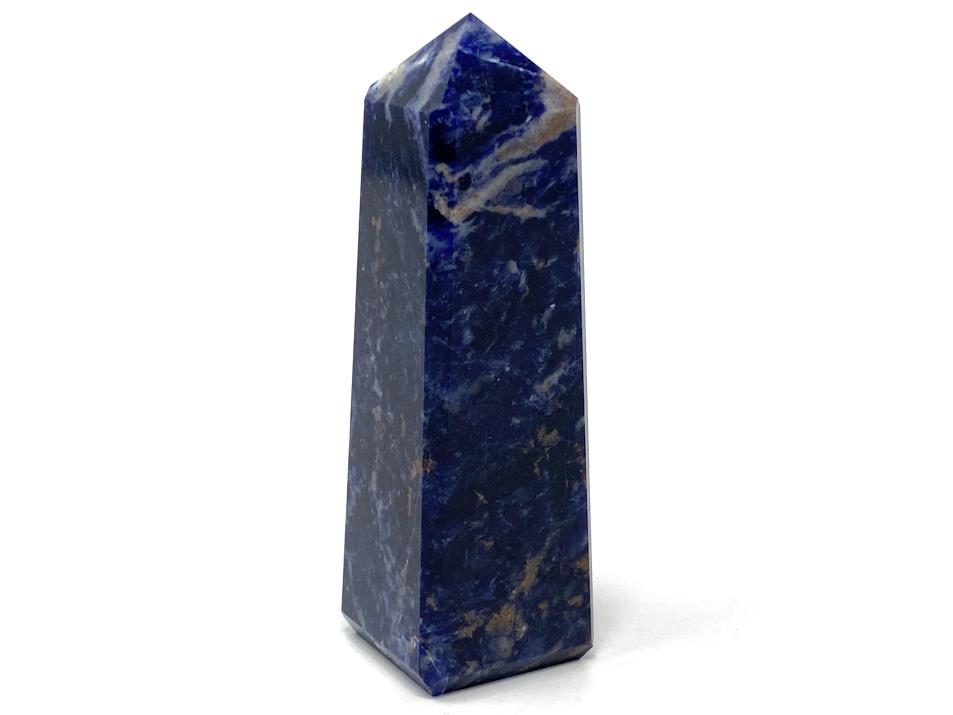 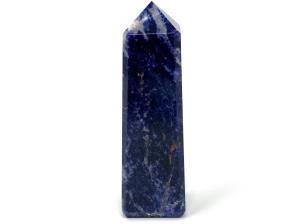 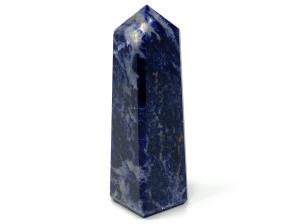 This gorgeous Sodalite Tower measures 9.3cm tall, and displays a striking royal-blue hue with some hints of reddish-orange Hematite inclusions.