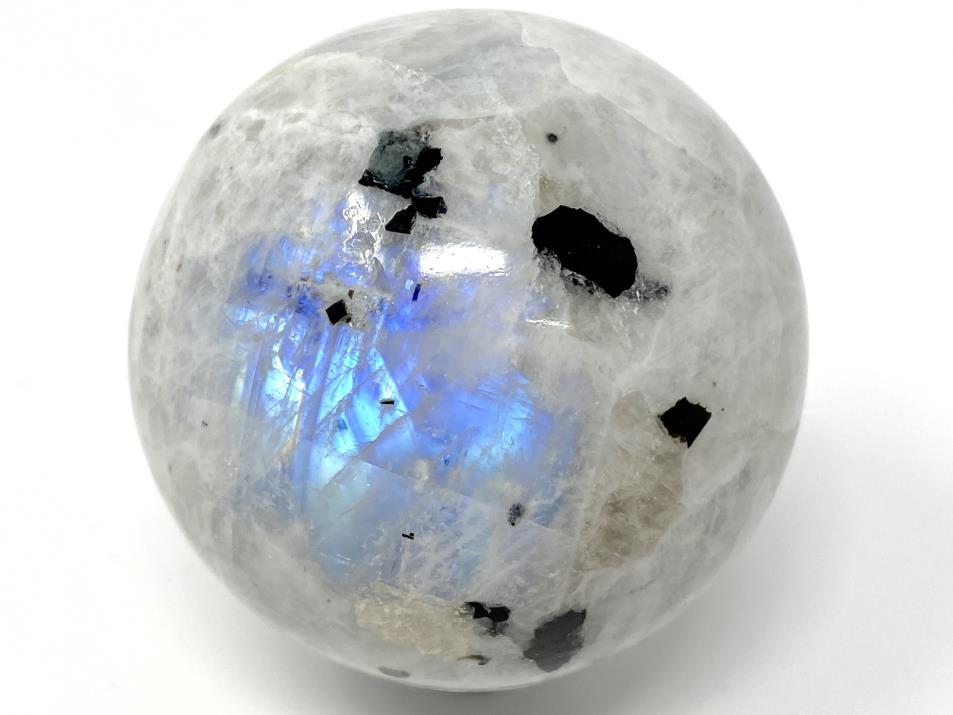 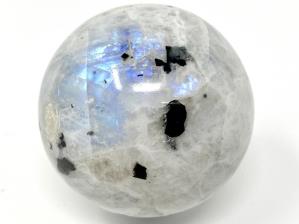 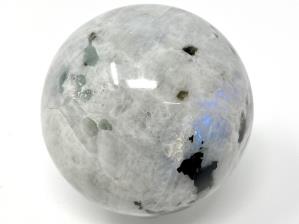 Speckles of bright Black Tourmaline and blue-green Aquamarine add a stunning contrast to the stone's ethereal colours, which glow brilliantly due to the careful polish upon the moonstone's surface.