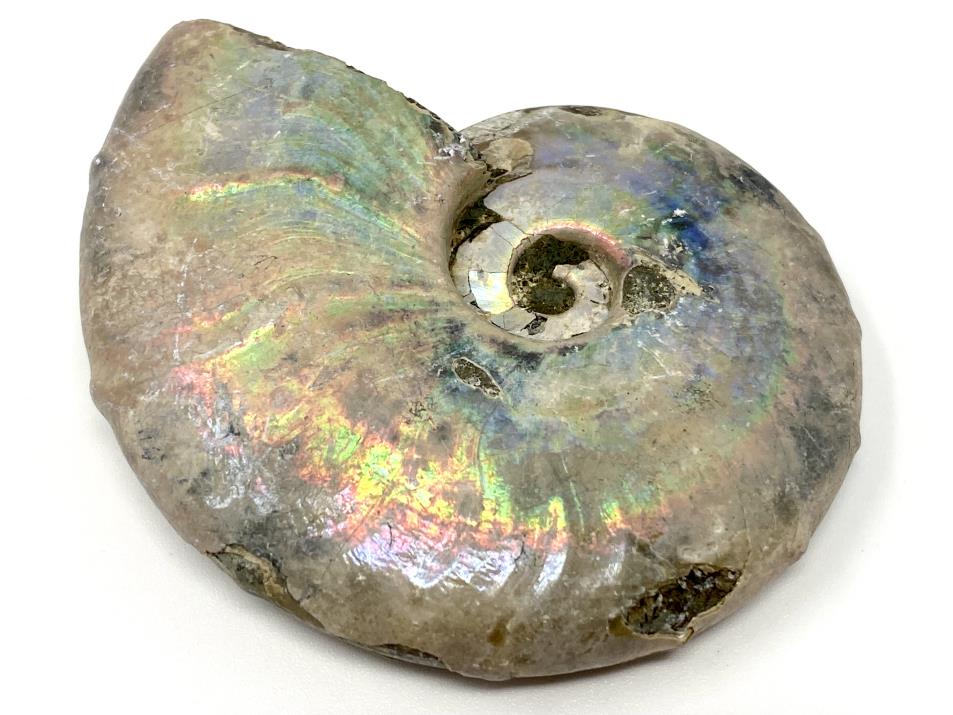 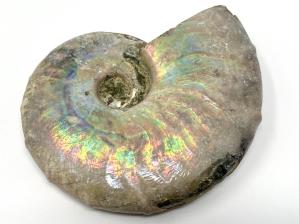 This particular Ammonite, of the Cleoniceras species, measures 6.3cm wide.

The ammonite displays a natural iridescent shell which shimmers with an array of rainbow colours, including reds and greens.

This stunning natural ammonite was specially selected for its quality, and would make a perfect addition to any fossil collections, and a great choice for anyone looking for some high-quality fossil gifts.