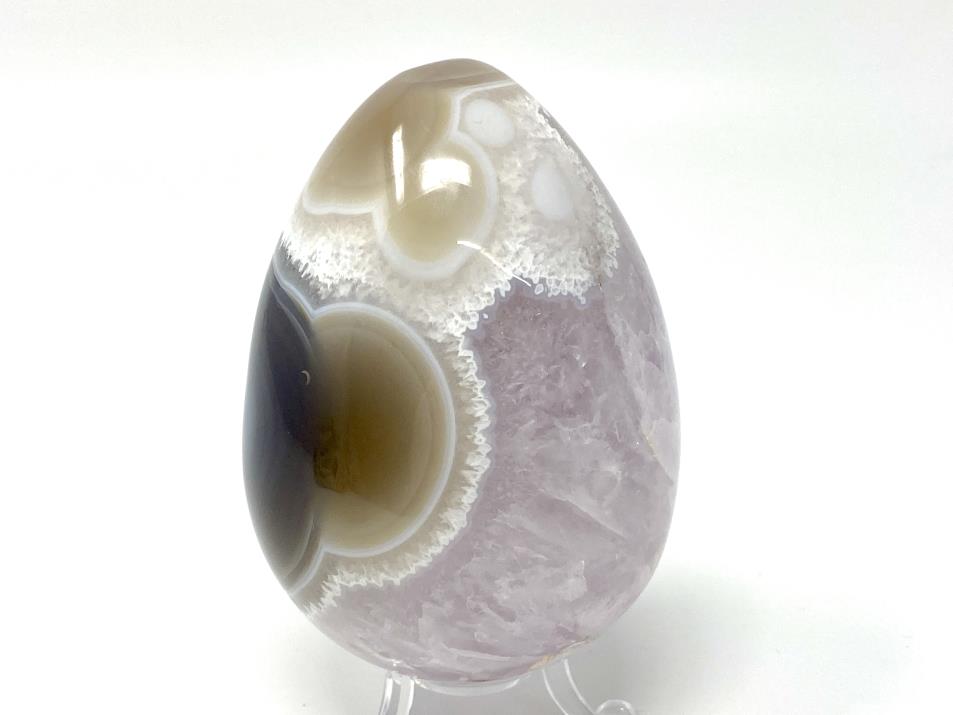 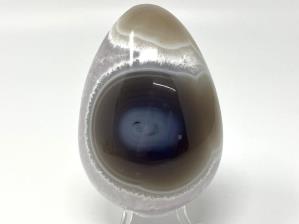 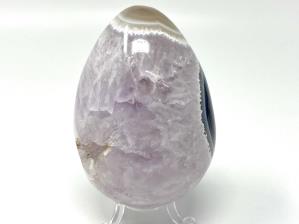 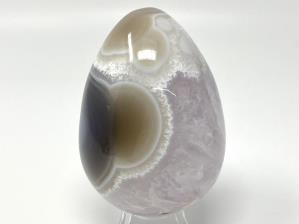 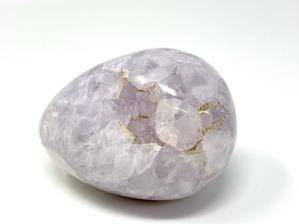 Measuring 10.2cm tall, this Agate with included Amethyst egg is a fine example of our new range of rare Agate pieces sourced from India.

Bands and concentric circles of subtle blue-grey and brown contrast beautifully against the gorgeous subtle lilacs of Lavender Amethyst and sparkling Quartz crystals.

This Agate Egg has been carefully hand-polished to enhance the smooth, glossy lustre of the stone's surface, with a large section of exposed druzy crystals.

This distinctive Agate egg would make a great gift for a loved one, and a fantastic addition to anyone's crystal collections.