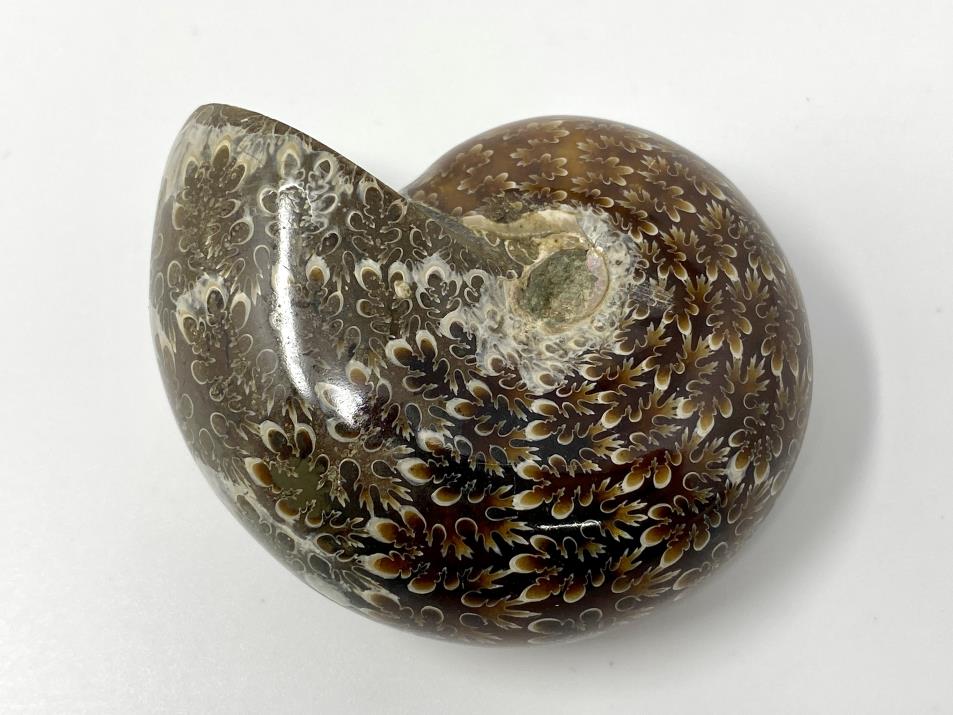 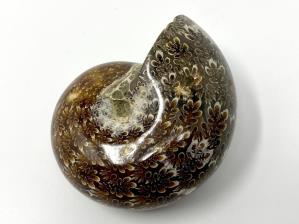 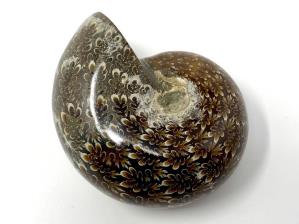 Phylloceras is a species of Ammonite (an extinct marine mollusc) that can often be distinguished from other ammonites by its leaf-like suture patterns, hence the name "Phylloceras" meaning "Leaf-Horn".

This particular ammonite is a member of the Phylloceras species of ammonites.