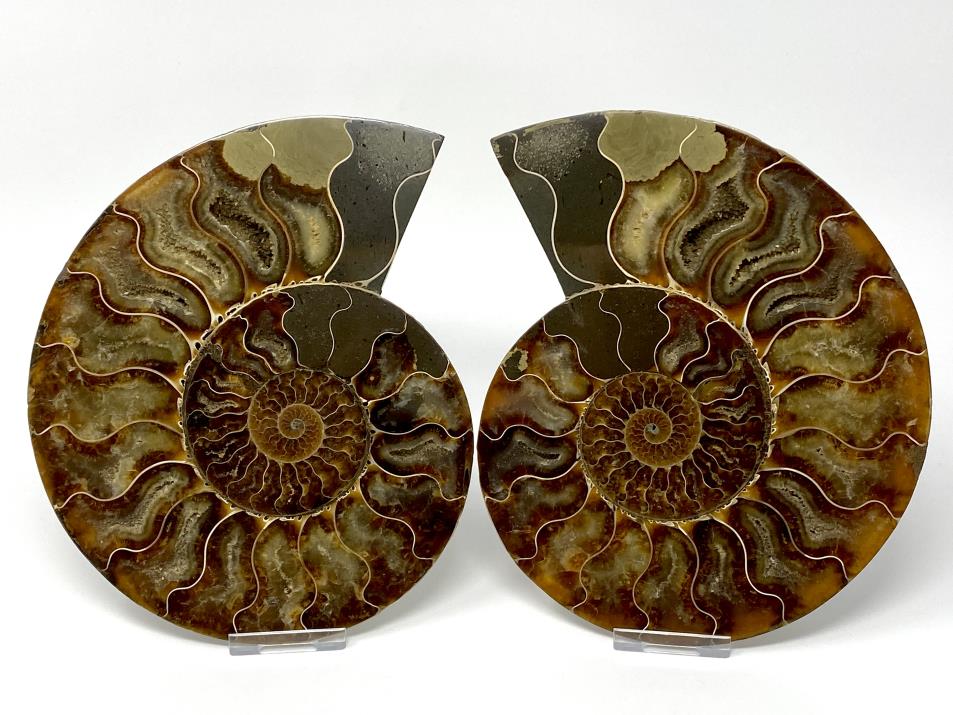 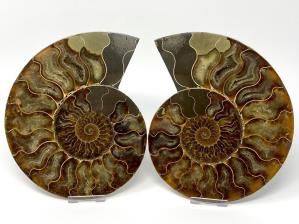 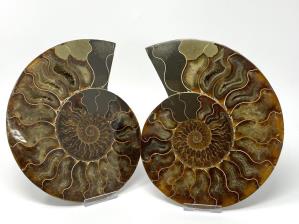 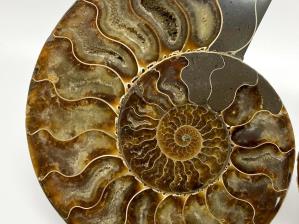 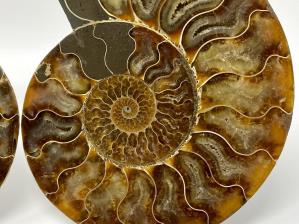 This fossil consists of an Ammonite cut and polished to create a striking pair. Both of the pieces display highly polished surfaces and a rough natural shell. The fossil pattern reveals gorgeous, colourful internal calcite chambers.