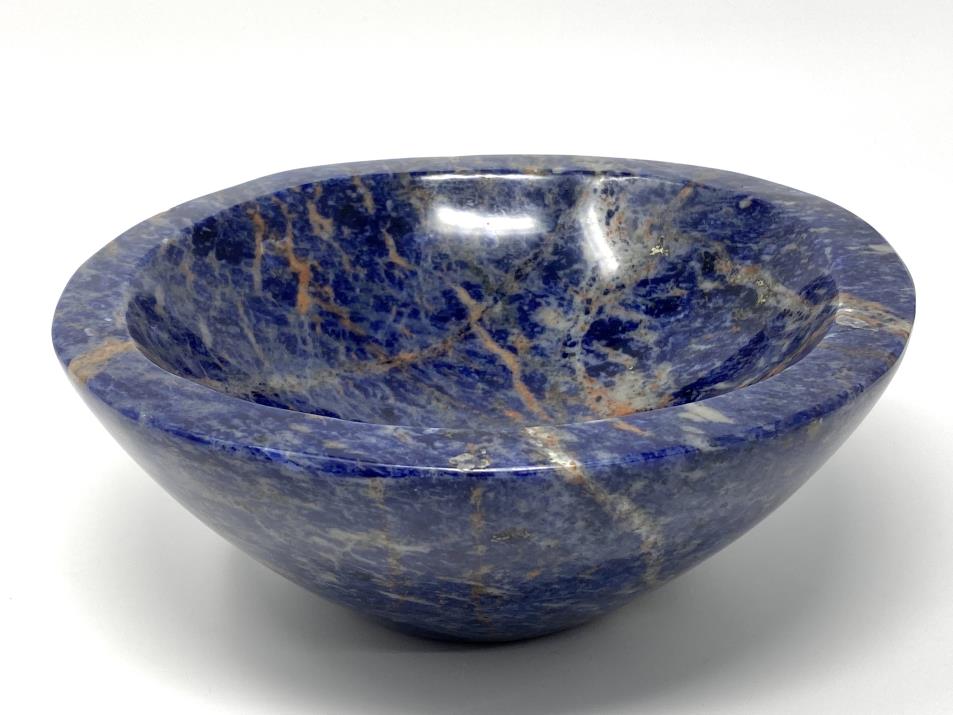 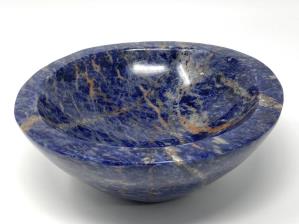 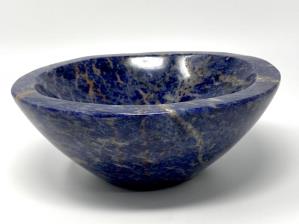 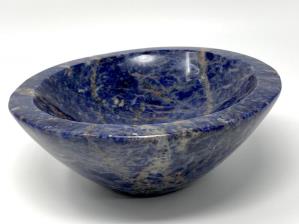 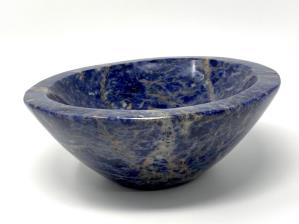 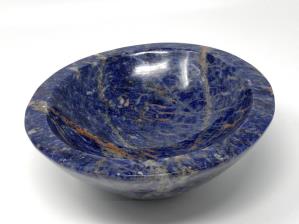 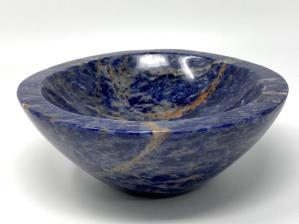 This gorgeous Sodalite Bowl measures a magnificent 20cm in length, and displays a striking royal-blue hue, with some streaks of orange and grey which add a stunning contrast in colour.

This piece also displays some small, shimmering, gold flakes of Pyrite on its surface.