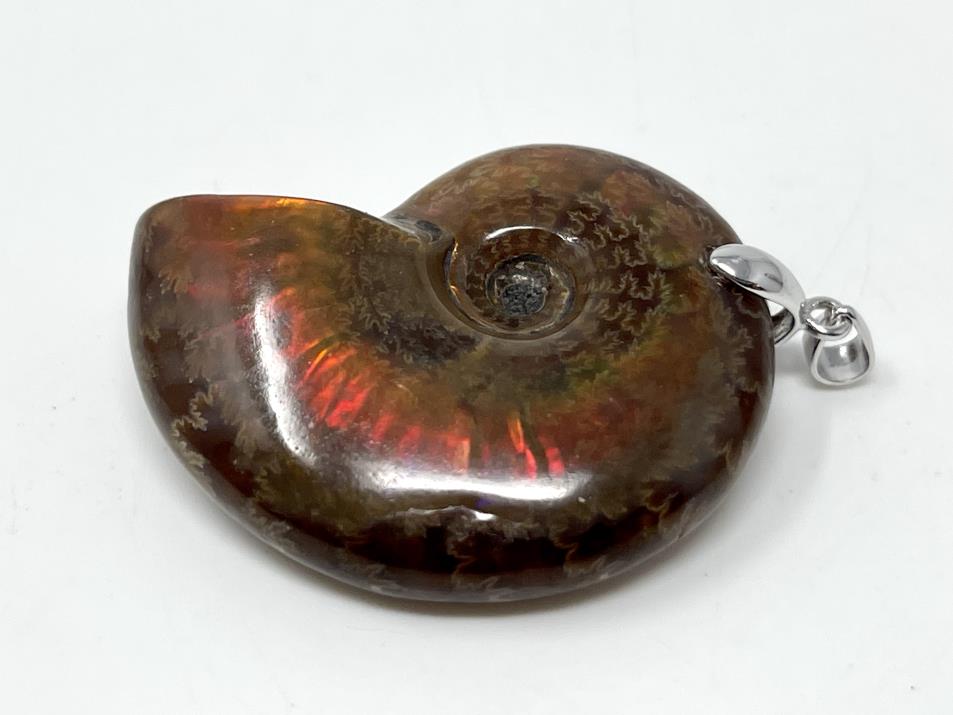 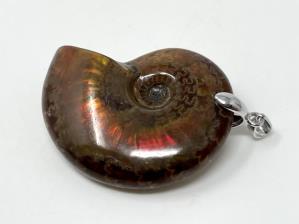 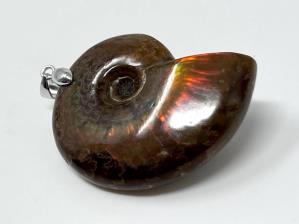 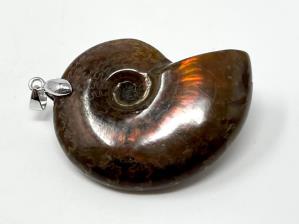 This beautiful Red Iridescent Ammonite, measuring 3.7cm wide at its widest point, is a very well preserved fossil from Madagascar and exhibits a dazzling red iridescent colour, with flashes of green, and intricate fern-like suture patterns.

This hand-made Iridescent Ammonite Pendant has been polished by hand and drilled with a 925 Silver, rhodium plated bail.

Red Iridescent Ammonites from Madagascar are very similar in appearance to Ammolite.