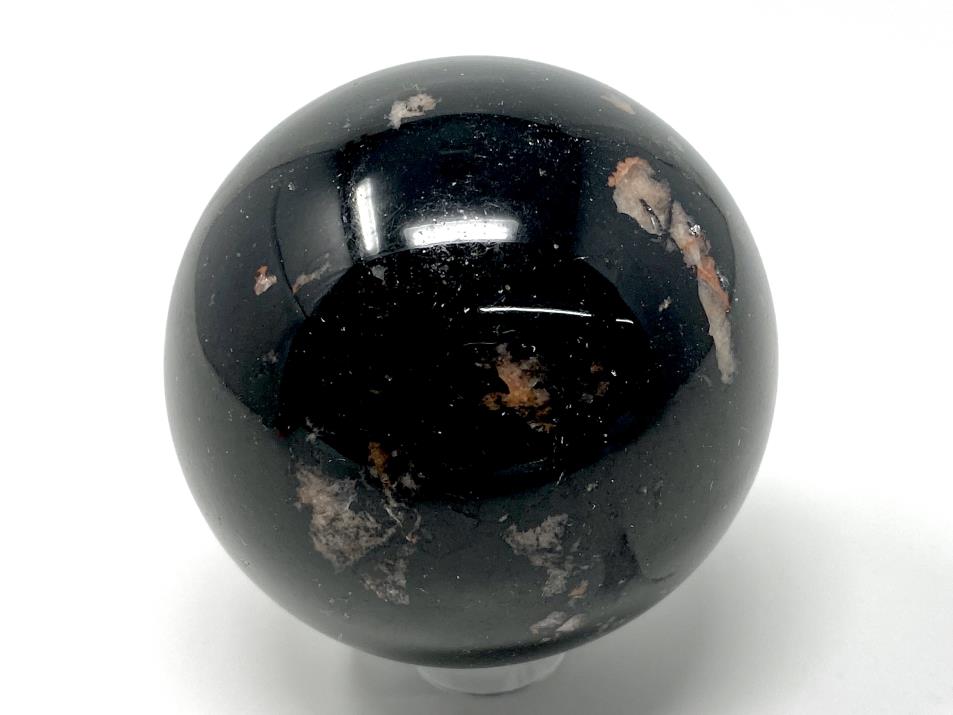 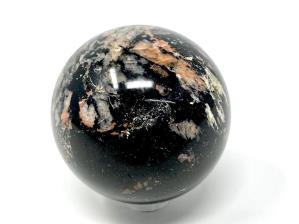 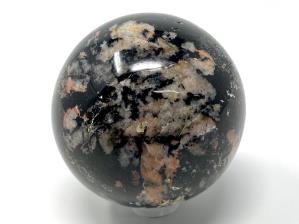 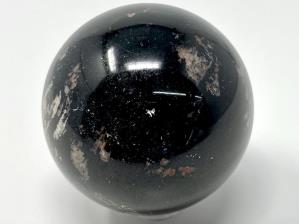 This beautiful hand-polished Black Tourmaline Sphere measuring 5.5cm in diameter is of a very high grade.

This Black Tourmaline Sphere displays a glistening lustre which reflects like a mirror, adorned with orange, peach, and white Feldspar inclusions.