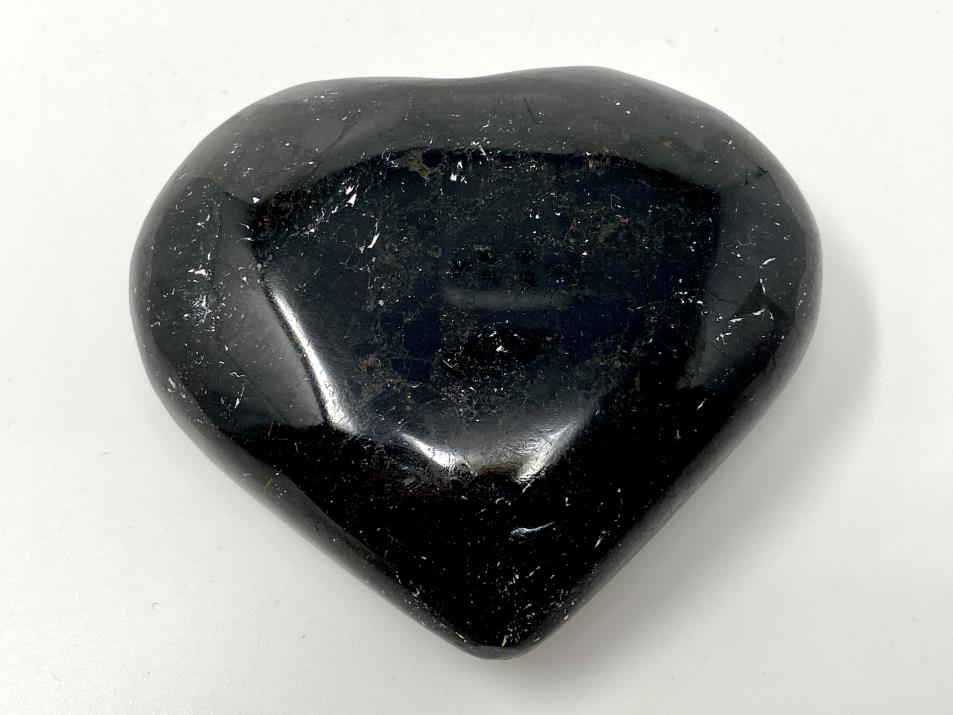 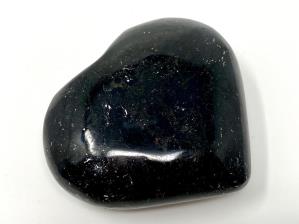 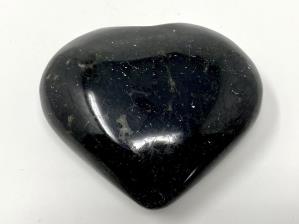 Displaying lustrous inky black tones, this piece is smooth to the touch, but also displays some small natural pits on its polished surface.