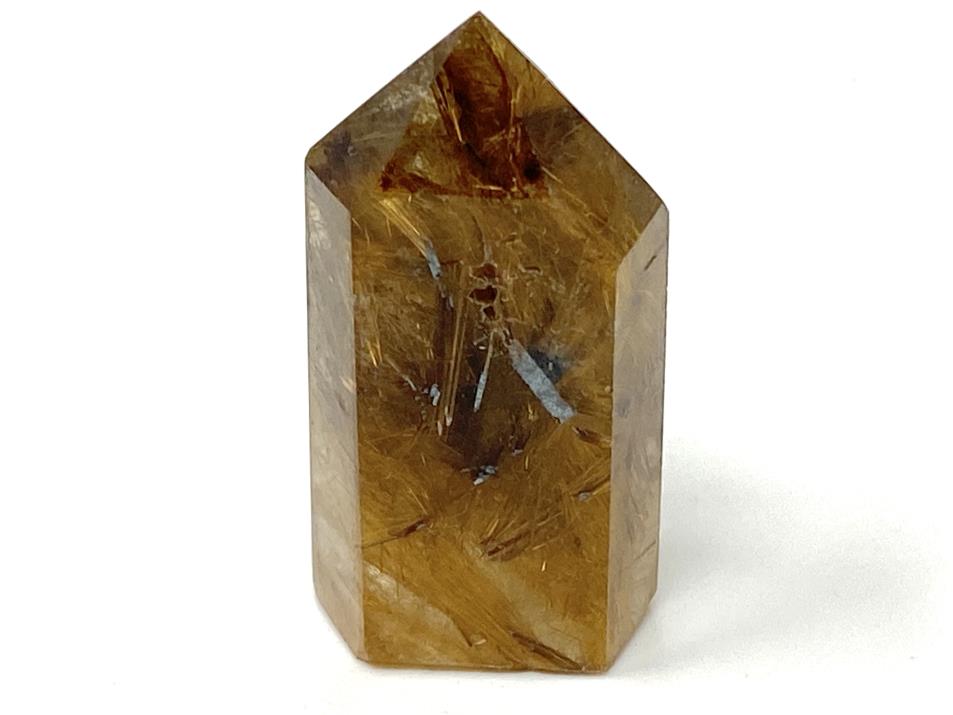 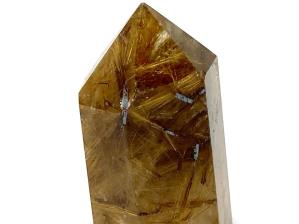 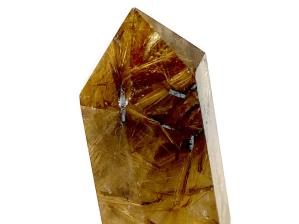 The polished stone demonstrates a sharp point at its tip.

This process has resulted in the piece shown here, whose golden rutile inclusions are enshrouded by the Clear Quartz.