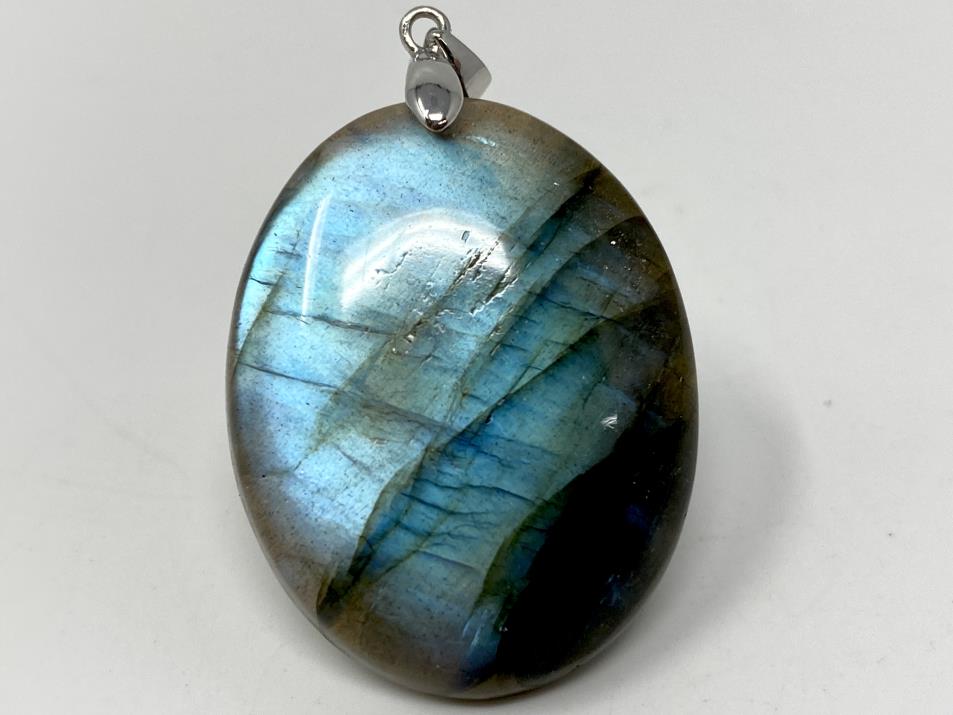 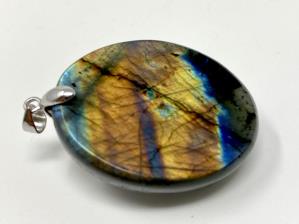 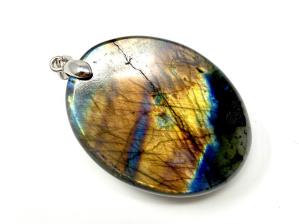 Measuring 3.3cm long, this Labradorite Pendant has been cut in our UK workshop into an oval pendant shape, and hand-polished on one face and on its curved edges to a fantastically high standard.

This piece of Crystal Jewellery has been drilled and set with a rhodium-plated, 925 silver bail perfect for attaching to a chain to make a Labradorite Necklace.

This Labradorite Jewellery specimen displays iridescent gold, purple, and blue colours shining from within the stone. Upon exposure to light, the gem shimmers and shines in a glorious array of colours.

This unique labradorite pendant would make a perfect gift for crystal collectors and jewellery makers.