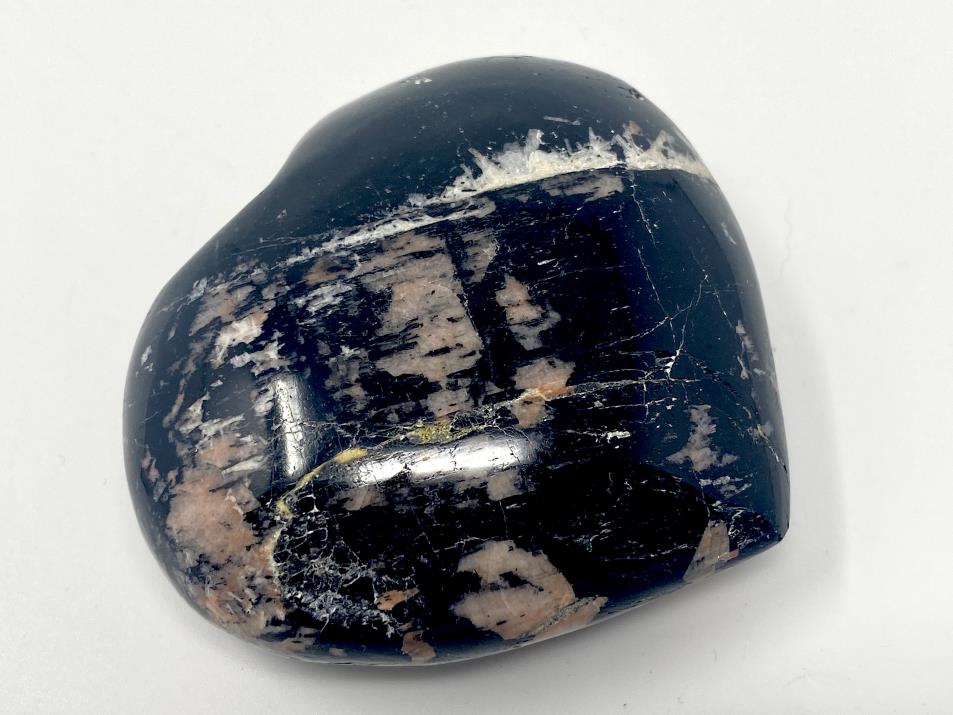 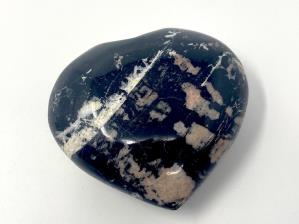 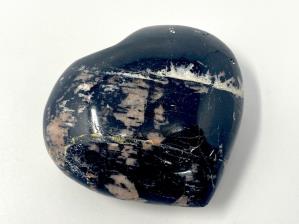 Displaying lustrous inky black tones, this piece is smooth to the touch with some small natural rough sections, and also displays some large white and peach-coloured Feldspar inclusions.