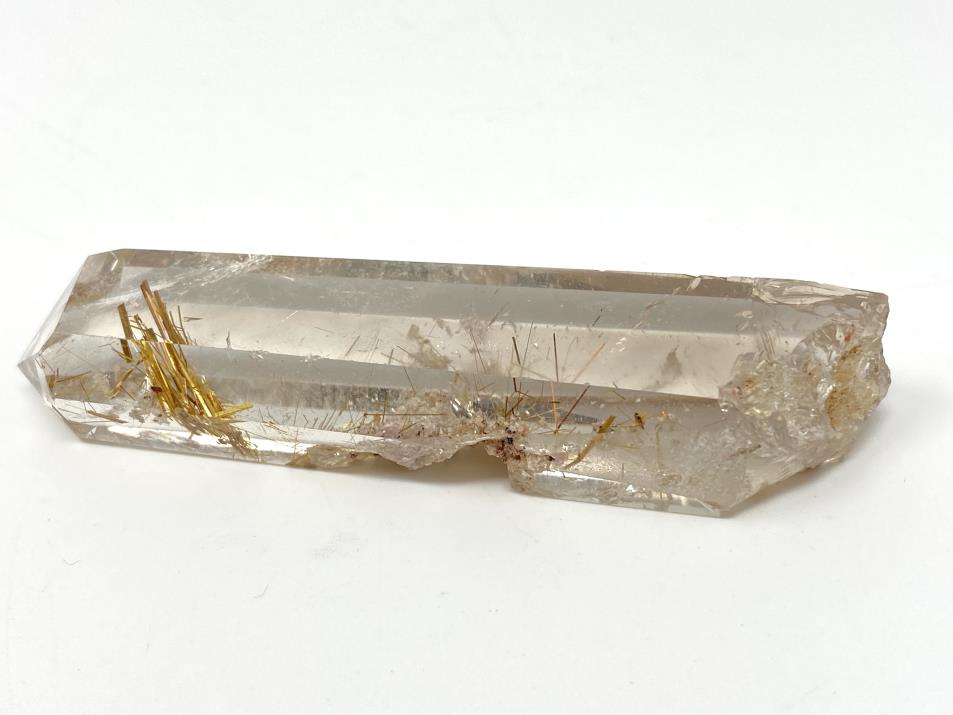 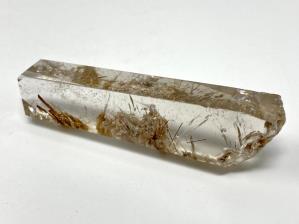 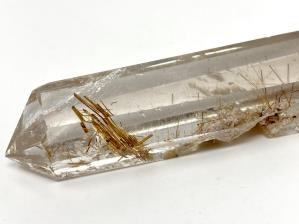 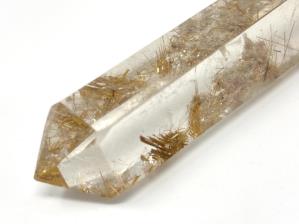 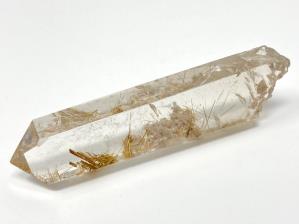 The polished stone lies flat on a surface and demonstrates a sharp point at its tip and a rough natural base and side.