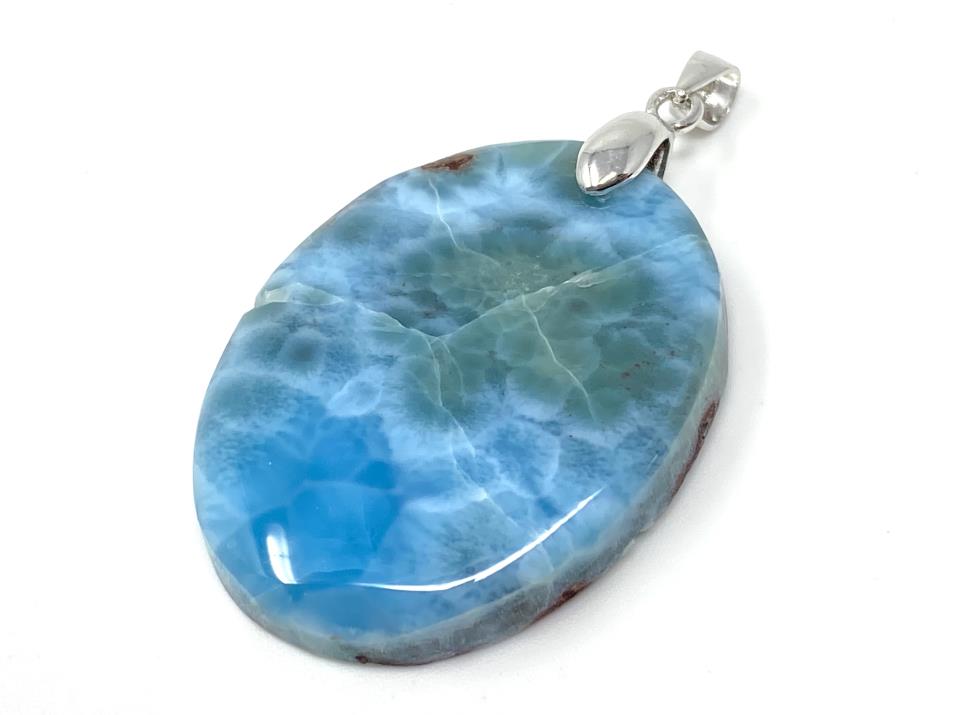 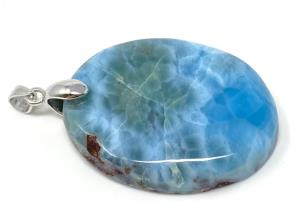 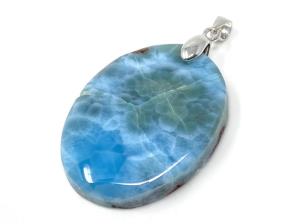 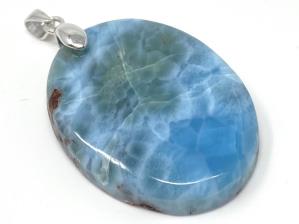 Larimar Pendants, crystal jewellery for sale from the Dominican Republic.

Measuring 3.1cm long, this Larimar Pendant has been cut in our UK workshop into an oval pendant shape, and hand-polished on one face and on its curved edges to a fantastically high standard.

The base of this crystal pendant has been left in its rough, natural state.

This piece of Larimar Jewellery has been drilled and set with a rhodium-plated, 925 silver bail perfect for attaching to a chain to make a Larimar necklace.

This brilliant rare gem is truly a sight to behold. Each piece displays unique, individual patterns: clouds of sky blue, streaks of marbled white, and speckles of sea-green.

Snap up this gorgeous polished Larimar Pendant now to add a rare gem to your crystal collection!