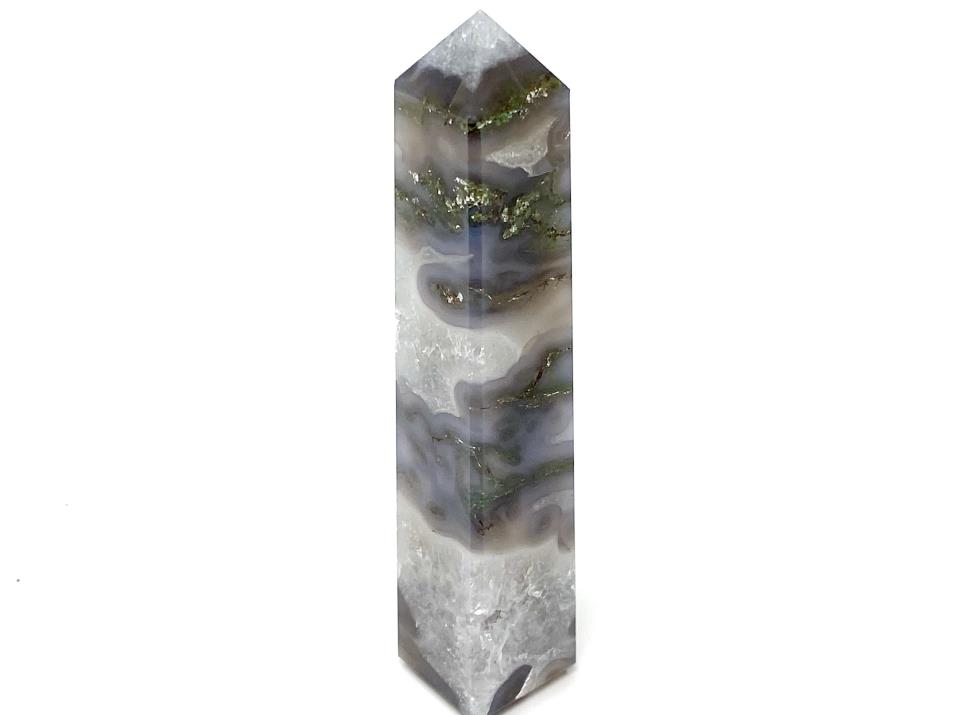 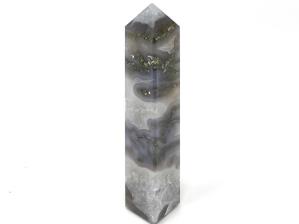 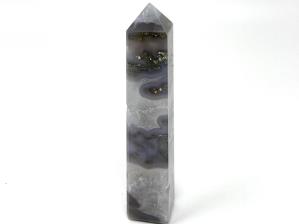 This lovely Moss Agate Tower measuring 13.3cm tall is carved from a gemstone that exudes the feel of nature due to its distinctive patterns resembling moss growth.

Also known as Tree Agate, this stone displays a sparkling white and clear Quartz base alongside bluish-grey tones.